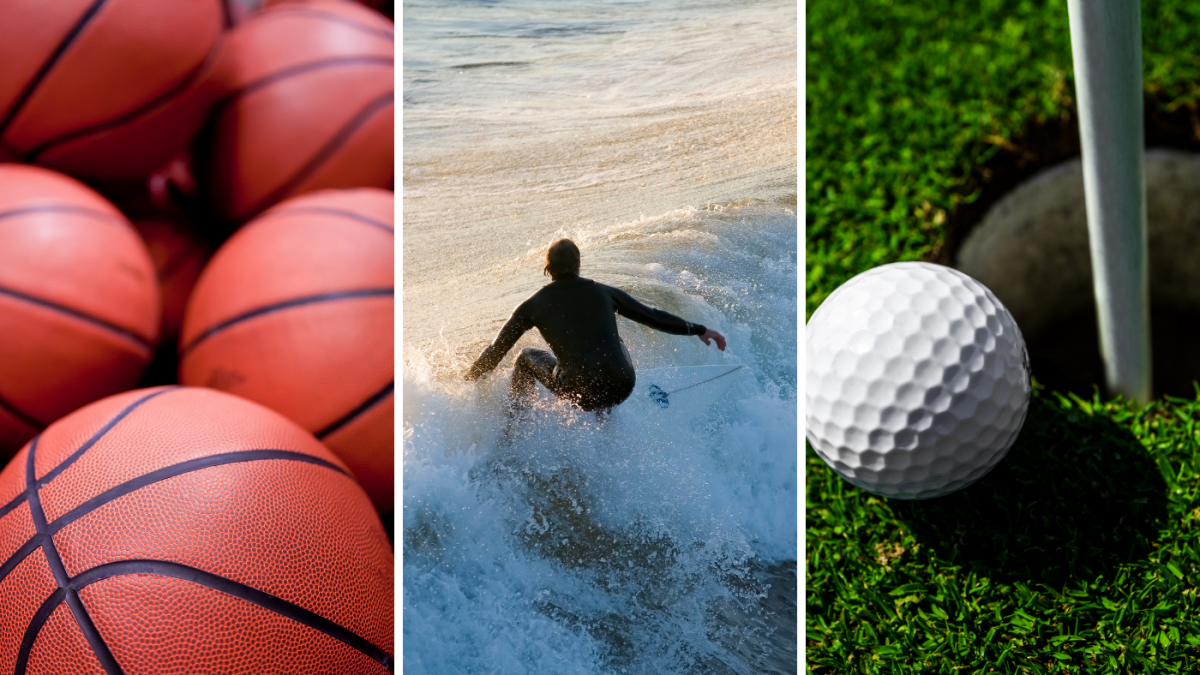 Another month has flown by and we’re here to bring you the best sports highlights from April 2021.

But before we even get started on the sports highlights let’s take a moment to look at the world record attendance since the return to action following the Covid-19 outbreak. Official crowd attendance was marked at 78,113 in this Australian Football League ANZAC day special… Great to see!

The largest attendance at a sporting event around the world since the COVID-19 pandemic. 🇦🇺🏉#AFLPiesDons #AFL #Attendance #Stadium #Covid pic.twitter.com/Mv8qCrB7tJ

It annoys me that March Madness runs into April, but maybe that’s just a touch of OCD on my side, in reality it doesn’t matter for one second as the tournament ALWAYS entertains. In what seems like forever ago now at the start of the month we saw one of the tournament’s best plays from Jalen Suggs that saw his team Gonzaga book their place in the final.

Unfortunately for tournament favorites, the Zags, they lost out to Baylor in the final, who deservedly secured their first ever March Madness championship following a truly inspirational showing throughout the tournament. Here’s the best bits from their journey…

#MarchMadness is over and it certainly didn’t disappoint!

Electric off-road vehicles speeding through the desert can only mean one thing, Extreme E made its inaugural race series debut in Saudi Arabia. There was plenty of action to feast your eyes on but the competition’s first ever crash was definitely something to see. Thankfully driver Claudia Hurtgen was fine.

Yes, Chelsea knocked Porto out of the Champions League, but not before Mehdi Taremi scored one of the goals of the season…

Talking of special goals, check out this wonderful finish from Daniele Verde for Spezia in Italy’s Serie A…

Well this is just 🔥

5) Messi Turns Back the Clock

…And we didn’t have to wait long for a truly unbelievable strike, in fact it came in the 49th minute of the second match on MLS opening day courtesy of Joao Paulo Mior.

JOAO PAULO OH MY WORD YOU DID NOT 😱 pic.twitter.com/XwaajgdyKn

OK enough football, here’s something a little different. Aliyah Andrews has been making a name for herself in the college softball leagues and here she is again in April flying through the air making catching look easy.

As champion Hideki Matsuyama rightly grabbed the headlines at the 2021 Masters. But Corey Conners surely hit the shot of the tournament with this stunning ace.

9) Hawaii Hole in One

Amy Yang with a ☝️ on the 12th hole in Hawaii!@LPGALOTTE | @GolfChannel pic.twitter.com/qFnvaxI7f5

Brazilian surfer Gabriel Medina just having fun and showing off for the fans down under. Incredible skill.

Medina had a special month, securing the world number one spot later in April at the Narrabeen Classic.

First up an amazing throw. A complete fluke you could say but no less incredible to watch.

What?!? How?!? Look at this TD Pass from @NovaFootball as they cut it to a one-score game with 3 minutes remaining. pic.twitter.com/Jpc3aIkGRW

And then there’s this one handed thing of beauty…

As always I could have written an entire sports highlights article showing clips just from the NBA as there’s so much good stuff on show. In fact, special mention to Steph Curry first who had a sensational April.

A historic performance on a historic night for Stephen Curry.@UAbasketball || Second Look pic.twitter.com/f1lnzG56F6

It was one of the most dominant months we’ve ever seen from a single player, averaging 37.3 points per game and becoming the Warriors all-time leading scorer in the process, I could have written this all about him!

But I didn’t. Here’s all the other NBA plays from April that made the cut…

DUNK of the Night: April 3rd

👉 Karl-Anthony Towns of the @Timberwolves pic.twitter.com/mE6DIkXZxM

In his 6th game with the @Raptors, Gary Trent Jr. pushes the ball up as time winds down and hits the #TissotBuzzerBeater from distance! #ThisIsYourTime pic.twitter.com/CE9pmjbQOa

Ja and Kyle Anderson having too much fun out there 😳

JA IS SHOWING OUT 🍿 pic.twitter.com/w9pwL5KQL4

Ja just toying with the Blazers 😅

This sequence is unreal. pic.twitter.com/hBj8iDi6XG

Steph from the PARKING LOT 😱

His 83rd three of April, the most in a single month in NBA history ☔️ pic.twitter.com/bctBnSbKll

And that’s a wrap. My take on the best action from April. What did I miss? Comment and let me know. If you enjoyed this sports highlights roundup then check out March’s memorable moments .