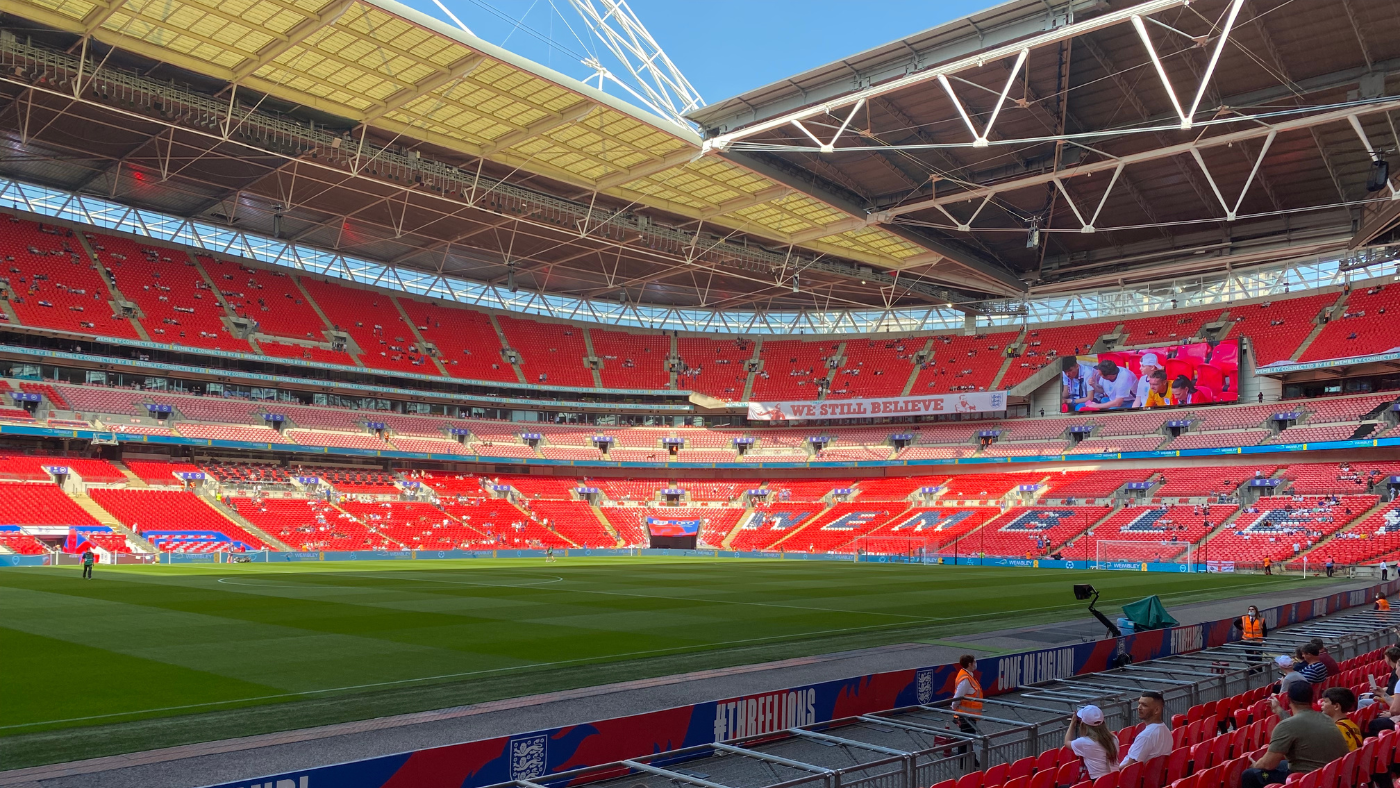 July was another month filled with moments of magic and sports highlights to be remembered, with history made, and records broken. In case there’s anything you missed, let’s delve into 11 moments from the month that we think you’ll want to see!

We kick-off with what proved to be a historic Women’s Euro 2022 tournament. England’s Lionesses defeated their nation’s historic rivals, Germany, in a thrilling battle that took place on their home turf. The game was tightly contested, with England striking the first blow thanks to a goal from Ella Toone in the 62nd minute, shortly followed by an equaliser from Germany’s Lina Magull.

We’ve been spoiled with two phenomenal goals so far in the #WEuro2022Final beginning with this chip from Toone pic.twitter.com/0FtS4xSwc0

Magull levels the scoring to make it 1-1…

With extra time needed to separate the sides with the game tied 1-1 at the end of regulation time, Chloe Kelly’s close-range goal in the 110th minute of the game was enough to seal the win, clinching the England Women side’s first major trophy. In fact, this was the first trophy won by either the England Men or Women since the famous 1966 World Cup final, where the Men’s side also faced Germany at the old Wembley Stadium. Check out the scenes from a night that will be remembered in England for a long time!

Running off with the mic mid interview to sing Sweet Caroline with your teammates, priceless. pic.twitter.com/ZwGI57gkDb

Women’s Euro 2022 produced some moments to behold all throughout the month of July. You’ve seen England’s historic win, now check out the best of the rest from an action packed tournament.

🇳🇴 A superb free-kick from @guro_reiten 🎯

Victorious once again. Novak Djokovic claimed his 21st Grand Slam title at Wimbledon this July, triumphing over Australia’s Nick Kyrgios, who was playing in his first ever Grand Slam final. The match took 5 sets to determine a winner, with Djokovic putting on an impressive comeback after a strong start from Kyrgios. The win closes the gap between Djokovic and Nadal for most all-time Grand Slams, with the Serb now only one behind Nadal’s 22 wins.

Centre Court rises again for one of its great champions

The two shared a laugh at the conclusion of the match, with a new friendship between the pair solidified.

4. Serving up some Trickery!

Wimbledon also produced further memorable moments. An audacious trick serve through the legs from Nick Kyrgios against Stefanos Tsitsipas stunned fans across social media, before a similar serve was attempted just two days later by Kalin Ivanovski, perhaps inspired by the Aussies attempt. Trickery at it’s finest from the pair of tennis stars!

Have you ever seen a match point like this? 😯

Kalin Ivanovski with an audacious tweener serve to seal the win in the boys’ singles draw#Wimbledon pic.twitter.com/oOiTgAwXdE

In the World Athletics Championship that took place this July, Jamaican runner Shericka Jackson displayed one of the quickest 200m times in human history, setting a World Athletics Championship record, and narrowly missing out on the Women’s World Record by 0.11 seconds. Jackson was able to outrun her fellow Jamaican, Shelly-Ann Fraser-Pryce, to claim the gold medal. Take a look at her go!

Another historic moment in Women’s sport. In the WNBA, Diana Taurasi of the Phoenix Mercury made history this July, becoming the first player in WNBA history to score 30 or more points at age 40 or older. In fact, she became only the third player to accomplish this feat across both the NBA and WNBA, joining Michael Jordan and Dirk Nowitzki. A feat to truly be admired.

In cycling’s premier competition, it was Denmark’s Jonas Vingegaard who walked away victorious, being awarded the Yellow Jersey at the race’s culmination. A few days before claiming victory, Vingegaard displayed a moment of pure sportsmanship after his rival suffered a fall towards the finish of the race’s 18th stage. The ultimate show of respect between competitors.

An incredible act of sportsmanship ❤️️

After @TamauPogi crashes on the final descent of Stage 18, Jonas Vingegaard waits for his rival to catch up and the duo exchange a handshake before the final summit finish of the 2022 Tour de France 🤝
___________
🇫🇷 #TDF2022 pic.twitter.com/11LH1zWBi0

After sealing the win, Vingegaard was able to celebrate in his native Denmark. Take a look at the atmosphere!

Jonas Vingegaard and his family on the balcony 👏#letourdk #TDF2022 pic.twitter.com/xGfHLncb9l

Bicycles of a different kind now! When successful, the bicycle kick is a move that makes for some truly outstanding goals in soccer. We’re lucky enough to have witnessed two such moments this July. First, watch the unbelievable acrobatics from Palmeiras’ Rony, helping his team seal a victory in the Round of 16 in the Copa Libertadores.

Palmeiras’ Rony writes himself into folklore with this bicycle kick in the Copa Libertadores.

We also have to highlight this incredible moment of poise and precision from Kashima Antlers’ Everaldo, lighting up the J-League with a last minute goal that is already being touted as a candidate for the Puskas award, and that will be watched for years to come.

🇧🇷🦌 EVERALDO with the BICYCLE KICK of all BICYCLE KICKS for Kashima Antlers! 😱🚲 pic.twitter.com/vedfFfyYjS

The Championship game of the inaugural USFL season took place this July, with memorable moments to look back upon. The spring league’s first season offered football fans a chance to lap up some action in the NFL’s offseason. The grand finale turned into an intense battle, with only 3 points separating the Birmingham Stallions and Philadelphia Stars, with Birmingham triumphing 33-30. Here are some of the game’s best touchdowns.

A Grand Slam in Baseball is always a sight to behold, but the circumstances surrounding this one from the San Francisco Giants make it all the more impressive. With the Giants trailing the Milwaukee Brewers 5-2 at the start of the bottom of the 9th inning, the Bay Area team managed to put together a truly great escape, winning the game on a walk-off Grand Slam courtesy of Mike Yastrzemski!

A #WALKOFF grand slam caps off the @SFGiants 6-run 9th!

11. A Five Car Chase in Austria

July’s Austrian Grand Prix produced an intense on-track battle to be remembered. Five cars fought wheel-to-wheel to cement position higher up the pack, with the drivers doing their all to avoid contact. McLaren’s Lando Norris made his pleasure at the competition between the five cars known, stating he had “never enjoyed” a battle so much. Take a look at the high-intensity moment.

A five car battle to be remembered in the #AustrianGP 😲🏎 pic.twitter.com/v2WUTFcgfe

A stunning goal for this month’s bonus sports highlights moment. In the first game back from the Swiss top flight’s summer break, Servette FC’s Ronny Rodelin proved he needed no time to readjust to life on the pitch, scoring a long range screamer after just 5 minutes. What a way to start the new season!

First game of the season in the Swiss championship, five minutes in….Ronny Rodelin does this. pic.twitter.com/N2ZM7Bznc3

If you enjoyed this sports highlights roundup, checkout the best moments from June.