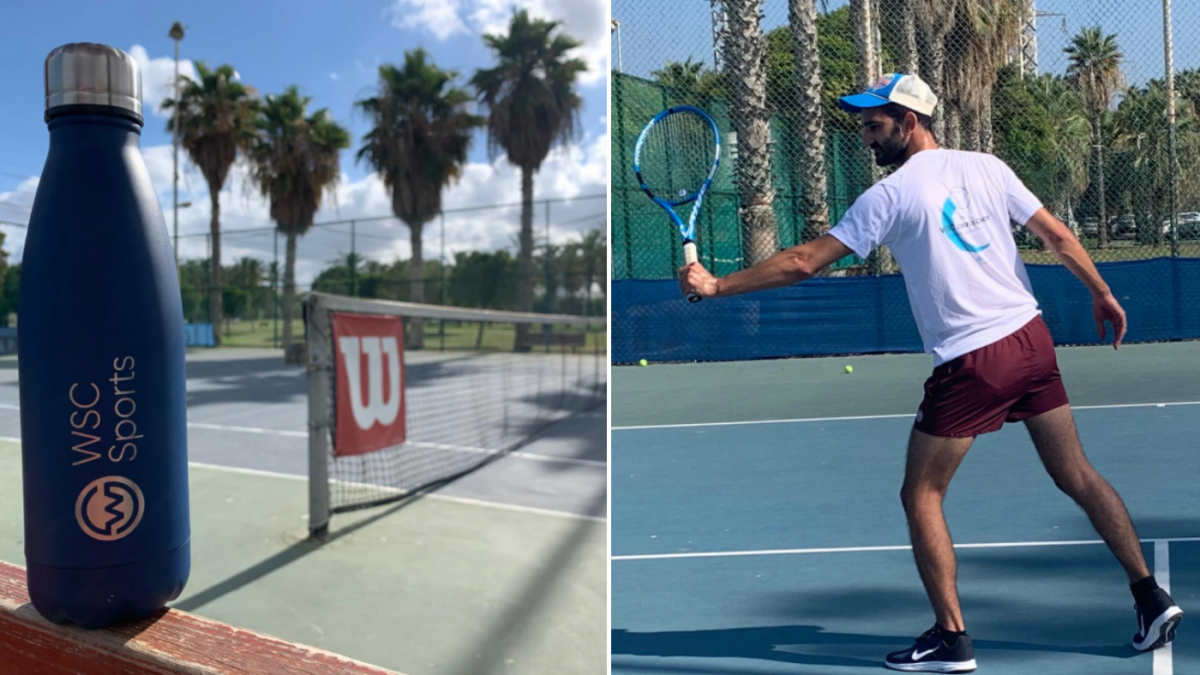 The WSC Sports Open: Serve it, Smash it, Win it

Here at WSC Sports, we love playing sports, nearly as much as we love providing solutions to sports rights holders! Almost all of our employees play some sort of cool sport, from surfing to shuffleboard and everything in between. In fact, we have two dedicated company basketball teams and a company soccer team!

In late 2020, while our staff was dealing with the challenges that come from working at home, Elie Zemmour, our All-Star Algorithm Engineer, took a photo of his WSC Sports water bottle during a friendly game of tennis. The photo gave him an idea: a company tennis tournament. It didn’t take much convincing to get his other employees to join… soon, a field of 14 players from across the company’s departments was composed, and the WSC Sports Open was born!

For the regular season fixtures, the field of 14 was randomly split into two groups of seven: Group A and Group B. Within each group, every player played each other once. The regular season was planned to last seven weeks, with everyone playing one match a week. However, a mixture of sickness, lockdowns, vacations, and other duties led to the regular season extending way beyond its planned length.

After a grand total of 42 matches were played, a playoff bracket was set. At the top of the knockout bracket were the Djokovic and Nadal of the group fixtures: Elie, the Group A leader, and Vadim, the Group B leader. Both had gone undefeated in their group matches and looked like strong favorites to reach the finals.

However, before the knockout tournament could get underway, a new wave of coronavirus restrictions stopped the players in their tracks. When the restrictions were lifted, the first round was finally played: everything proceeded as expected, with no upsets. The losing players were given another opportunity in a second chance bracket.

Then, prior to the semifinals, Elie sprained his ankle and was ruled out for two months. It seemed the WSC Sports Open was never going to finish! 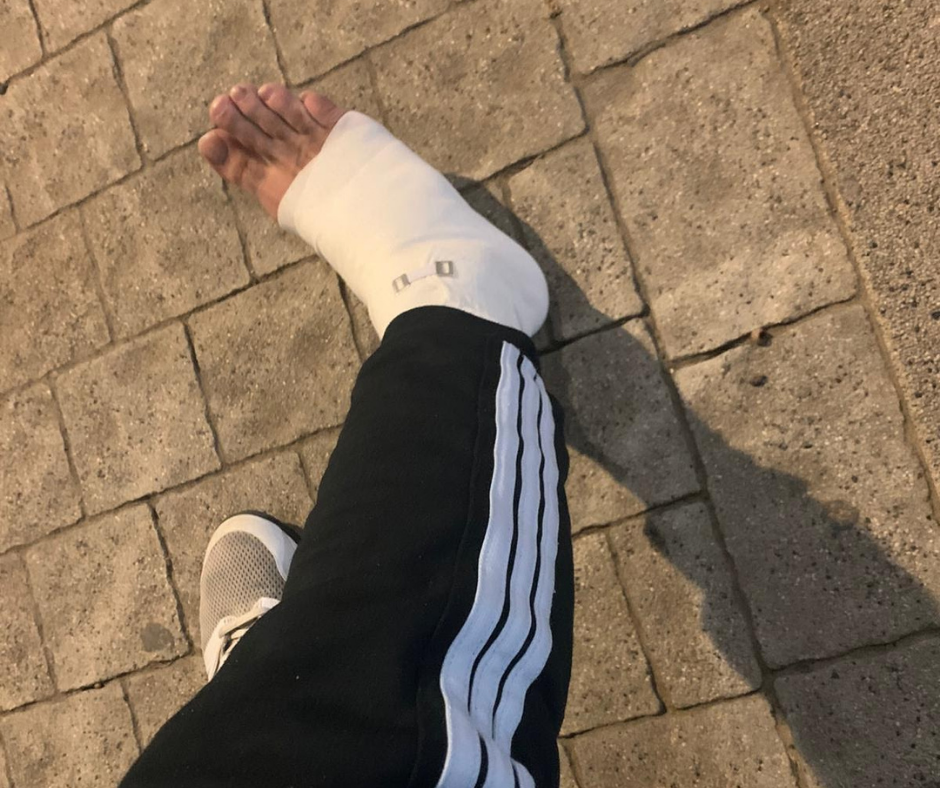 It would have been understandable if the organizers decided to end the experiment without a winner. But here at WSC Sports, we’re committed, strong, and above all, competitors. We’re the people who work on one of the most innovative sports platforms of the 21st century. No lockdown, injury, or holiday can stop us!

The other three competitors (Tom, Liran, and Vadim) all agreed to wait until Elie’s sprained ankle had healed, despite Elie’s request for them to continue.

Two months later, after waiting out all of the various roadblocks, the guys were finally ready for the semifinals. Nearly a year of on-and-off playing had all led to this: four players all competing to be named the company’s best. 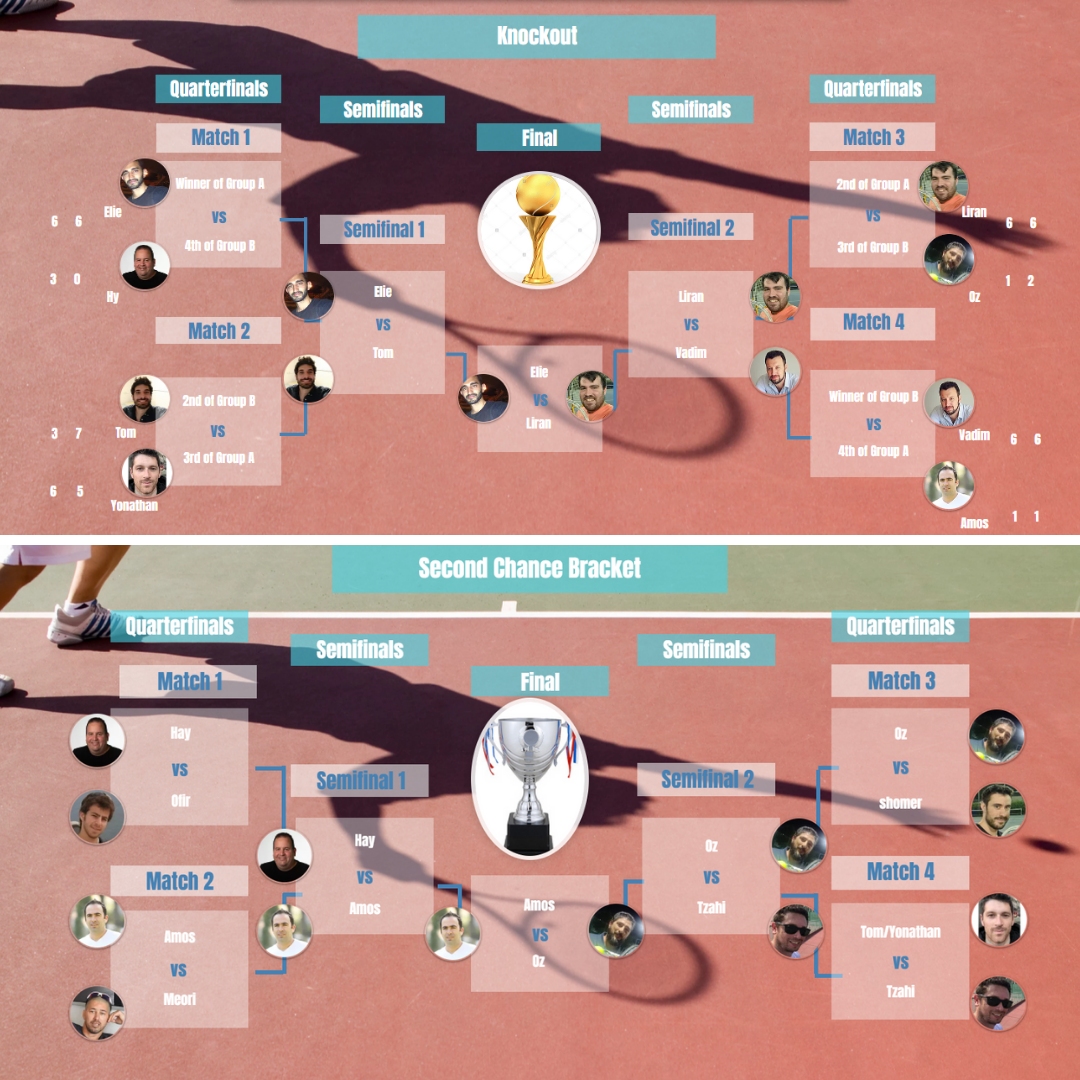 Elie, with a good-as-new ankle, defeated Tom to reach the finals. In the other match, Group A proved its supremacy in a thrilling upset. Liran, Group A’s second seed, ended Vadim’s undefeated season to set up a final of Liran vs. Elie.

The final was highly anticipated. Liran had only lost one match in the group fixtures: a three-set match against Elie that went to a 10-7 tiebreaker. The final promised plenty of drama after such a hotly contested first match.

315 days after the opening match of the WSC Sports Open, staff from across the company gathered on July 14 to watch its conclusion. In a hard fought match, Liran defeated Elie by a two-set score of 6-4, 6-3, to lift the championship trophy. And in the second chance bracket, Oz (Shift Manager) defeated Amos (Algorithm Team Lead), 6-4, 7-6.

Congratulations to our inaugural champions and thanks to everyone who participated! The WSC Sports Open truly showed how through spirit and perseverance, our company can come together to create something great.

“An amazing thing about this tournament was that it brought together our employees from all sorts of departments and backgrounds,” said Elie. He’s already planning the next endeavor: a company-wide doubles tournament!

If a doubles tournament and a bit of friendly competition sparks your interest, get practicing and apply for one of our many open positions to work with us. We’re sure you’ll find something you like, so have a look at the WSC Sports careers page.