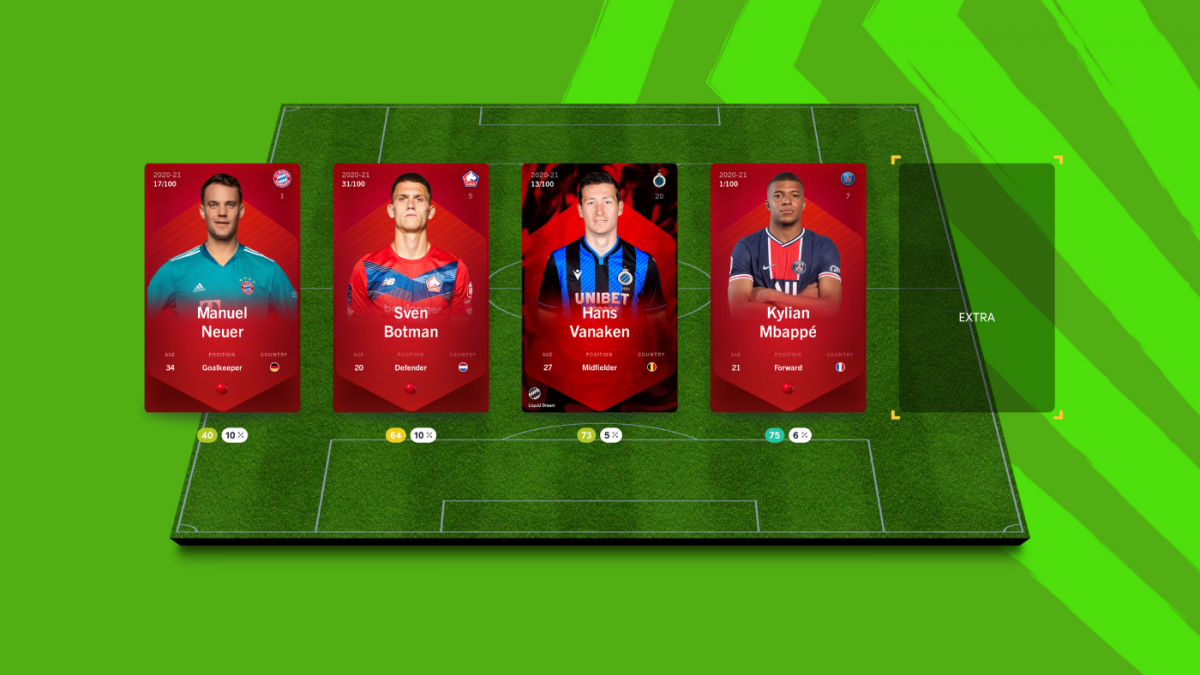 NFTs and Sports: The Trading Cards of Cryptocurrency

Want to see something mind-blowing?

This is the first tweet ever, posted by Twitter founder Jack Dorsey in March of 2006. It’s only five words: “just setting up my twttr.”

just setting up my twttr

The sale marked the latest earth-shattering moment in the recent non-fungible token (NFT) craze. NFTs have been around for almost seven years, and have seen a boom in popularity over the past year.

The charm of NFTs is right in the name: “non-fungible.” The Verge’s Mitchell Clark explained it best: “‘Non-fungible’ more or less means that it’s unique and can’t be replaced with something else. For example, a bitcoin is fungible — trade one for another bitcoin, and you’ll have exactly the same thing. A one-of-a-kind trading card, however, is non-fungible. If you traded it for a different card, you’d have something completely different.”

NFTs have found a niche within a multitude of genres. Artwork from artists like Banksy, songs from musicians like The Weeknd, and even memes like “Charlie Bit Me” have all recently been auctioned off for hundreds of thousands of dollars as the world has begun to realize how impactful and rare an NFT can be.

And, as one would expect from the “trading cards of cryptocurrency”, NFTs have quickly been adopted by nearly every corner of the sports world.

During February of this year, NBA Top Shot, the NBA’s version of an NFT marketplace, went from a relatively unknown entity to an international feeding frenzy. Top Shot’s platform is simple: buy and sell unique tokens that represent plays from NBA players. Users who purchase the tokens are making a bet, much like buying a stock, that the player will do well and the price of the NFT will rise.

During the February boom, tokens that were relatively cheap the week prior suddenly shot up in value – like this Donovan Mitchell assist that went from $122 to $950 in the span of five days. The crazy thing is, the same exact play can be found and watched with a simple Twitter search.

The most valuable tokens on Top Shot reached hundreds of thousands of dollars, peaking with this Lebron James Cosmic Dunk that sold for $208,000. Like most trends, the marketplace has ebbed and flowed since, although the rarest of cards, like the Lebron dunk, still hold massive value.

Top Shot’s rise represented a new opportunity for the sports world. As Top Shot moments sold for unfathomable prices, teams and players began to take notice. The MLB partnered with sports apparel brand Fanatics this year to launch their own version of Top Shot. A European soccer NFT platform, Sorare, recently received over $50 million in venture capital funding and partnered with Spain’s La Liga – they’re the ones who provided us with the awesome graphic for this article.

Players, like the NFL’s Rob Gronkowski, have begun to create and license their own NFTs as well. Gronkowski’s 1-of-1 NFT , which comes with VIP NFL tickets, a meet-and-greet, and tickets to a beach party hosted by Gronkowski, sold for over $550,000 at auction.

As NFTs continue to push the boundaries of what the sports world has to offer, those at the forefront are searching for new and different ways to use the new technology.

One of those experimenters is WSC Sports’ Sahar Froim, a Senior Developer at the company. Sahar has seen the rise of NFTs firsthand from a coder’s perspective, and sees the potential that they have for the future. Sahar coins NFTs as a “token of permanence”: a way to lay claim to anything, whether it’s an object, moment, or even something less tangible, like an idea.

Sahar is not just a proponent of the potential for NFTs: he is an active investor and creator. He recently created an offshoot of Cryptopunks, a character-based NFT project, that he calls PicassoPunks. PicassoPunks’ immense success has led to some of the NFTs being valued at over 1,000 ETH.

Lately, Sahar has been working to bring NFTs into live sports by utilizing WSC Sports’ AVGen and Clipro platforms. Although more information about Sahar’s top-secret project is not yet ready to be released to the public, the future certainly looks bright for the budding relationship between NFTs and the sports world.

The remarkable rise of NFTs has propelled them beyond a buzzword. They are here to stay, and will continue to impact the sports world as they grow. So prepare yourself for a future in which people spend thousands on the same exact highlight you can probably find on Twitter for free, because the truth is, the future’s already here!