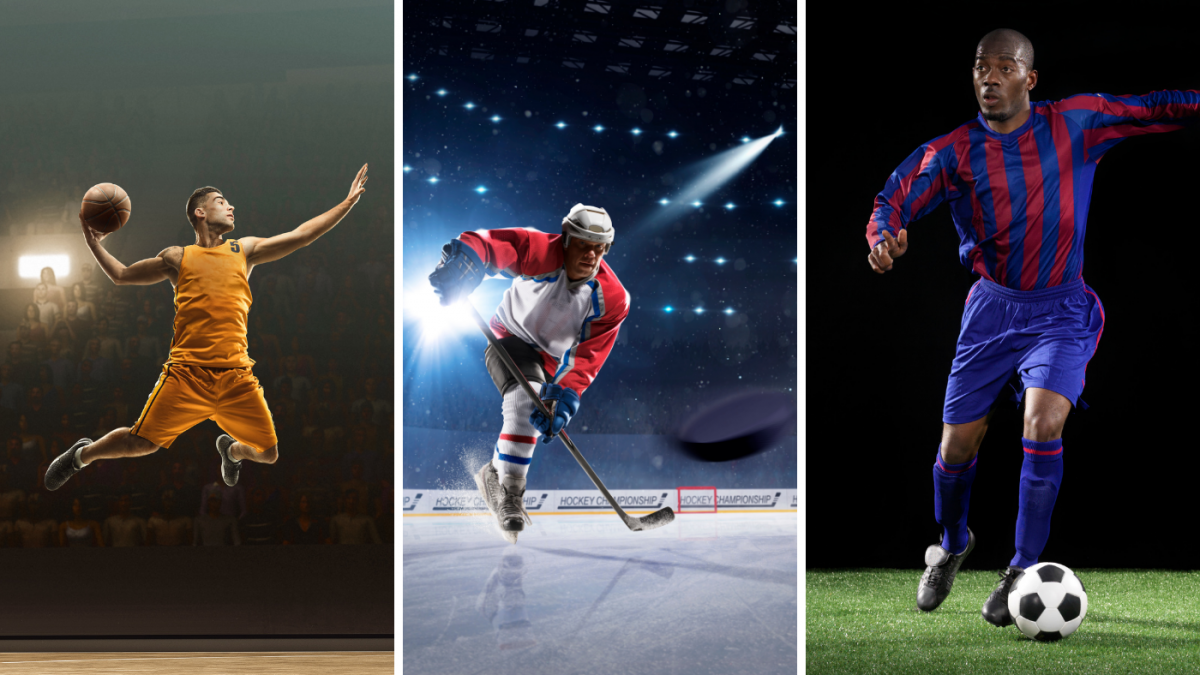 August’s Action: The Best Bits From a Fully-Stacked Month of Sports

Wow, following the jam-packed month of sporting action in August the global sports shutdown now feels like a distant memory. In fact there was so much going on it would be impossible to include it all, so here’s an attempt at summing up all the best bits. Let’s jump right in…

The ‘biggest’ sport to make its comeback in August was of course the NHL, which has been delighting hockey fans since players returned to the ice ready to face-off on the very first day of the month.

Like we’ve seen with other major US sports, the NHL chose to return to action behind closed doors with games being played in two host cities, Toronto (for the East) and Edmonton (for the West), thank you Canada!

Right from Game 1 we saw some amazing plays, just like this one which sees Colorado Avalanche winning the game with just 0.1 seconds left. They don’t come closer than that!

Thought that last shot was impressive? How about this stunning save from Carey Price of the Montreal Canadiens?…

Last up it’s this majestic play from the Tampa Bay Lightning. Take a bow fellas…

We look forward to a lot more to come from the Stanley Cup in September.

Let’s jump across the pond for a minute or two and take a look at how Europe’s elite football tournament, the UEFA Champions League, went down.

Fans were treated to a rare tweak in the tournament’s scheduling, due to the Covid-19 outbreak, with part of the quarter-finals, the semi-finals and final, all being played in a two week period, following the conclusion of domestic leagues. Normally these games (except the final) would be played alongside the regular league seasons, so the UCL in 2020 resembled more of a summer tournament feel.

The French FTA broadcaster notched up a 46.2% audience share, while Germany’s ZDF coverage peaked at 13.7m in the closing stages of the game. In the US, the match was the most-watched Champions League final since 2015 #UCL #SportsBizhttps://t.co/XELYHrUlIL

Lisbon, Portugal played host to the final game of the jewel in the crown of European football, and saw French powerhouse PSG take on the Bundesliga’s mighty Bayern Munich.

Bayern looked unstoppable at times this season both in Germany (where they bagged their 8th league trophy in a row, in addition to the German cup) as well as in the UCL where in they smashed outgoing Lionel Messi’s Barcelona 8–2 in the quarter-finals. Still, the UCL final is just one game and anything can happen and star-filled PSG were on the hunt for their first ever UCL trophy.

But Neymar, Mbappe and co. just could get past the German wall of Manuel Neuer who made the difference on the night. In fact, he was simply brilliant all tournament…

To make things worse for PSG it was a Parisian and former PSG player, Kingsley Coman, who scored the only goal of the evening for Bayern. Just listen to Thomas Müller’s “Jaaaaaa”…

If you haven’t already had enough of Bayern Munich, here’s how they secured the treble in 2019/20…

The NBA never lets us down, and the bubble has been keeping us entertained with some brilliant basketball throughout August. There’s been much to discuss, both on and off the court, but one of the absolute stars the shone brightest in August was last year’s Rookie of the Year, Luka Doncic.

While the 21-year-old Slovenian and his team the Dallas Mavericks are now eliminated from the NBA Playoffs his performances deserve a special mention. ESPN summed it up best…

21 years old and did it on a bad ankle 👏 pic.twitter.com/J1ajvB2sfk

🗣️ This is awesome whatever language you speak! https://t.co/blKMq0Q78K

The shot heard around the 🌎 today. #dALLasIN #MFFL pic.twitter.com/fp54cs8lu3

Let’s kick things off with the ugly…

The brawl that took place in the Astros-Athletics game. pic.twitter.com/Ra27N86NYk

And move onto the bizarre and annoying…

save your artsy drone footage of Minneapolis for after the game, please.#MNTwins pic.twitter.com/EAYUjjqv5s

Now we get to the good stuff. Look at the speed of this huge hit…

That got out in a hurry.

We saw some epic catches too…

And let’s finish up with some simply brilliant baseball, what a throw!…

The World Surf League held a special event ‘the Rumble at the Ranch’ in August, to the delight of surf fans, at legend Kelly Slater’s man-made wave pool in California. Female and male surfers paired up to form teams and were ultimately competing for bragging rights at the exhibition-style event.

There’s always a bunch of awesome content to add in this section but here’s what made the cut in August.

Next up there’s the incredible story of Germany’s 28-year-old Sophia Popov, who went from caddying for her friend at the LPGA tour in July, to winning the Women’s British Open in August!

From caddie to major champion in a month! 🤯 https://t.co/IJTA6XGlFf

Amazingly, Popov only qualified for the Women’s Open by securing a top 10 finish at the Marathon Classic, a tournament which she only joined as it was struggling for participants! Popov bagged a cool $675,000 winners prize from the British Open, a remarkable achievement for someone who didn’t even have LPGA status before the tournament started.

Last up, coming in right at the end of the month, we saw an 18 year WNBA record smashed. Funnily enough the new assists record (18) is now set at the same number of years in which it had previously stood. Will it take another 18 years for it to be broken?

#CourtneyVandersloot, the @chicagosky‘s veteran point guard set a #WNBA record with 18 assists surpassing #TichaPenicheiro‘s mark of 16, which had stood since 2002! https://t.co/uEb6oDwx5H

If you enjoyed this roundup be sure to take a look at all the best action from July .