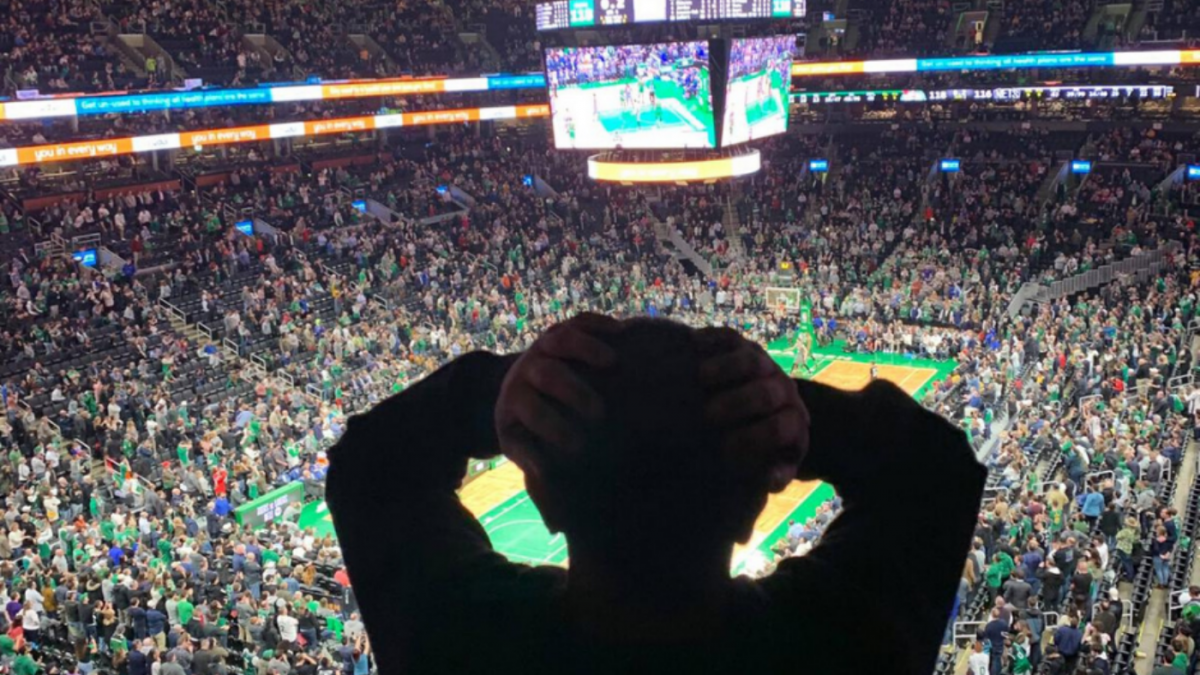 Well didn’t March feel like the longest month EVER?! Maybe it was because there was no live sport on? Well if you rack your brains hard enough you may even remember what live sports look like.

Among all the Coronavirus craziness you can be forgiven for forgetting that there was actually a bunch of sporting action back in early March, even if that now seems life like a lifetime ago.

March 4th, yep, right at the start of the month, we saw the Boston Celtics host (and dominate for most the game) the Brooklyn Nets. But with the Nets down 21 points Caris “Clutch” LeVert stepped up and put in a stunning solo performance. He scored 26 points in the 4th quarter, hitting 3 free-throws to tie the game with an unbelievable 0.2 seconds left on the clock! He then hit another 11 (scoring all of the nets points) in overtime to win the game, finishing up with a career high of 51 points. Unstoppable…

Steph Curry had missed 58 games in the NBA season due to a fracture to his left hand, but returned to action in emphatic style. Scoring 23 on the night and looking every bit as fresh as his did before his four month layoff…

At the start of March we also saw the finals of the Women’s T20 Cricket World Cup. Hosts Australia were crowned champions in cricket’s Colosseum, the Melbourne Cricket Ground. The tournament smashed records all over, being the most-watched women’s cricket event ever, with 1.1 billion views on the International Cricket Council’s digital channels and recording a record attendance for women’s sport in Australia with 86,174 watching the final game at the MCG! Here’s the scenes from inside the stadium…

UCL Champs Knocked Out in Round of 16

Jurgen Klopp has built an unbelievable team at Liverpool, they’re the current European Champions and they’re 24 points clear in the suspended-English Premier League. However, when football does resume, there’s one competition they won’t be winning this year and that’s the Champions League.

Very few thought it was possible for Atletico Madrid to win at Anfield, especially after how Liverpool embarrassed Barcelona in the previous season, but Diego Simeone’s men did just that. Atleti scored 3 times in extra time with substitute Marcos Llorente making global headlines with two perfect strikes. Scenes!

⚽🔝 Atleti Family – we enjoyed a wonderful win at Anfield together. Now let’s beat the Covid-19 crisis together so that we can continue to collect unforgettable memories on the pitch. #StayAtHome
🔴⚪ #AúpaAtleti pic.twitter.com/YOpgkdpyjz

MLS Goal of the Season

The new MLS season only had enough time to get two rounds of matches in before it was rightly suspended. But after a strike like this nobody else even stood a chance at goal of the season had the rest of the games even been played! Jakob Glesnes, take a bow.

South American Football Sees Red (and lots of it)

Luciano, Pepe, Edenilson, Moises, Henrique, Cuesta, Miranda, Praxedes. What do these players all have in common? They all got red cards in the Copa Libertadores clash between Gremio and Internacional. Yes you read that right, EIGHT players received red cards in the same game! The Porto Alegre Derby was always going to be a feisty affair with the two southern Brazilian teams going head-to-head, but nobody expected they’d see anything like this…

Since the decision was made to suspend almost all sports leagues and competitions indefinitely, we at WSC Sports’ have observed an interesting reaction from the sports world. Most notably, we’ve seen a shift from the real world to the digital world. You can read more about this shift and how teams and broadcasters have been filling the content void here .

Bonus Bits From Around the Net

These 3 bits we’re too good not to include.

So what do sports commentators do when there’s no live sport? They get creative that’s what…

This British rugby commentator took every day mundane life activities and made them competitive. His videos have now gained him international fame, since he started doing these videos his Twitter followers have risen from 15,000 to over 120,000.

Next up we have a totally different way that sports commentary has been used to keep us entertained. This animator has re-purposed classic football commentary and the outcome is brilliant!

Lastly, if we can take one positive from these isolation times it’s that it gives us a chance to discover new sports and hobbies like the amazing world of marble racing! That commentary here is spot on and watching those marbles go is so addictive.

If you enjoyed March’s sports round-up be sure to check out February’s must see highlights . What else do you have to do right now anyway?!