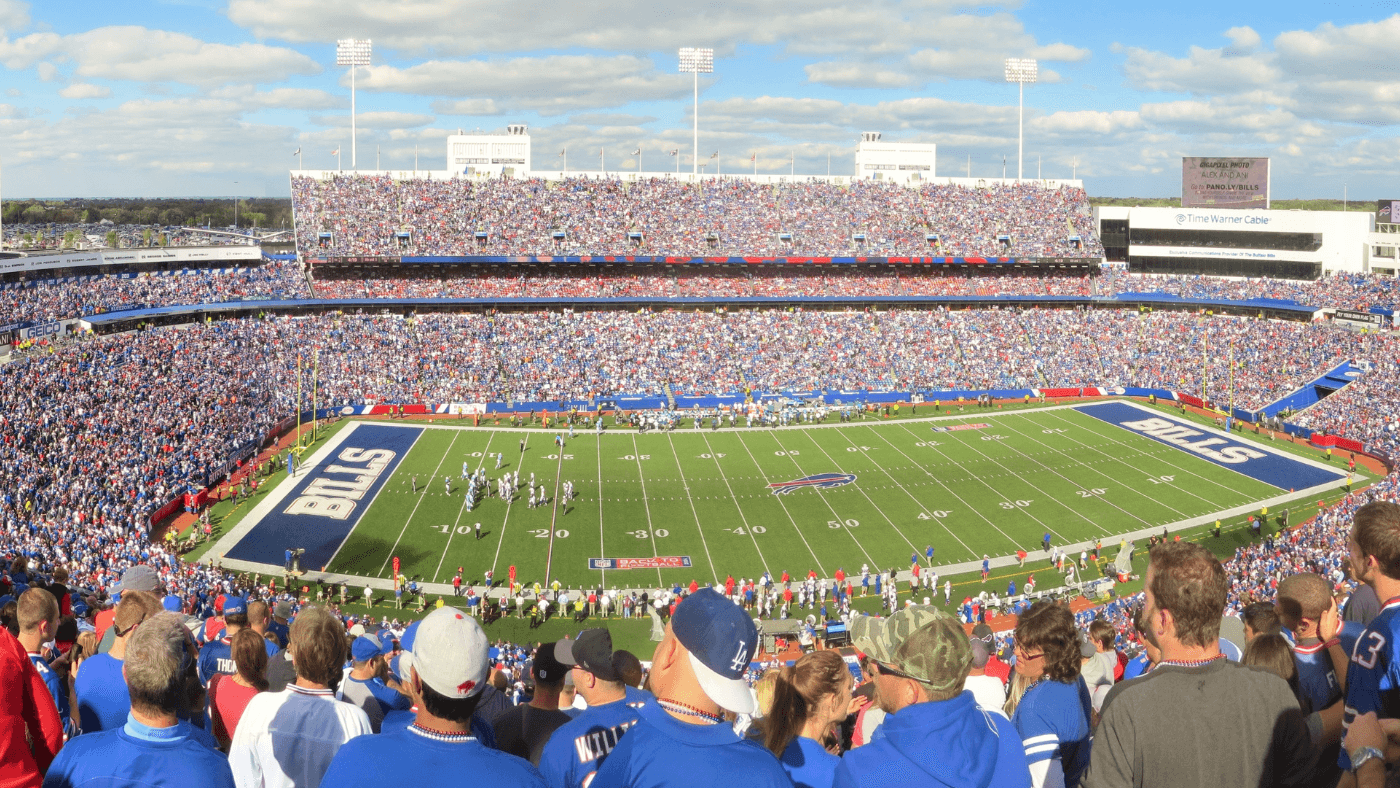 October was a drama-filled month, with the start of some sporting events, including the NBA, T20 World Cup, and Rugby World Cup, and the conclusion of others, with the F1 Champion decided, and MLB Playoffs signalling the beginning of the end of the 2022 season. All across the board, some unbelievable sports highlights were produced. Join us for a look back at last month’s unmissable moments.

After a fiercely fought 2021 season in which Max Verstappen and Lewis Hamilton competed for the F1 championship right to the wire, the Dutch driver was able to clinch the 2022 trophy in a more leisurely fashion. The season started with it looking like Verstappen’s closest challenger for the year would be Ferrari’s Charles Leclerc, but Max ultimately proved to be too good for his opponent. At the Japanese Grand Prix, F1’s 18th race of the year, Verstappen sealed his 12th race win, handing himself the championship trophy for a second straight year. The Championship was handed to him only after Leclerc was awarded a 5 second penalty post race, leading to some confusion from Max himself as to whether he was indeed a World Champion for a second time. Congratulations to Max!

More racing now, this time from NASCAR. In the penultimate race of the season, Ross Chastain produced a viral moment that will live in sports highlights history for years to come. In the final stages on track at Martinsville, in which the four drivers with the most points across the season would be finalized and would determine who would compete in the Championship race, Chastain pulled off an incredible video game style move to seal his place in the final round. Placed in 10th, and knowing a finish that low would wipe away his chances of competing for the trophy, Chastain purposefully drove his car into the wall, using its curvature to catapult him from 10th to 5th place, and pushing him over the line, getting him enough points to partake in the deciding race. What a moment!

THE MOVE THAT SENDS ROSS CHASTAIN TO THE #CHAMPIONSHIP4! pic.twitter.com/67Ku712XZf

After four long months, the NBA finally returned this October, to the delight of fans everywhere. After the Warriors victory last season, we’re excited to see who will come up on top this year. There have already been some incredible moments produced from the first couple of weeks of the new season. Check out some of the best below!

Jordan Poole is so smooth with it. pic.twitter.com/A1Bj6KsNeU

The power on this Zion dunk 💪 pic.twitter.com/cvdLFYZ8w2

October saw the commencement of the MLB playoffs, with the two teams battling it out to be crowned World Series champions decided. After an enthralling two rounds of games, the Houston Astros and Philadelphia Phillies were crowned champions of the American League and National League. The first game of the World Series already produced some incredible highlights, with the game going all the way to the 10th inning after the Phillies rallied back from 5-0 down to win 6-5. What a game!

The @Phillies have stormed back to tie it!!! 😱 #WorldSeries pic.twitter.com/xVazARphGb

What a comeback. #WorldSeries pic.twitter.com/sKJZOzUsNs

The Portland Thorns were crowned NWSL winners this October, claiming a record third NSWL title after their 2-0 victory over the Kansas City Current. The opening goal in the contest came after just four minutes, with league MVP Sophia Smith pouncing on an error from the Current’s defender, and putting the Thorns ahead. The Current continued to struggle, capping off their performance with an own-goal in the second half, and sealing the Thorns victory. Watch the Smith’s opening goal back below.

The NWSL MVP puts @ThornsFC ahead in under four minutes. 😤 pic.twitter.com/DQ68NPAQgm

In one of the biggest rivalries in World Soccer, the game between Manchester City and Manchester United produced an immense number of sports highlights, with 9 goals scored during the match. City’s Erling Haaland continued his fine run of form, firing in his third hat-trick in as many games at the Etihad Stadium. Phil Foden matched Haaland’s scoring this game, netting a hat-trick of his own. United’s new signing Anthony produced a stunning finish, and Anthony Martial scored twice for the Reds, but these all proved to be consolation goals with City simply too strong for their Manchester rivals. Check out the best bits below.

Another story from the NFL now. After his blockbuster trade from the Carolina Panthers to the San Francisco 49ers, running back Christian McCaffrey proved his value to his new team during their match up with reigning Super Bowl champions, the LA Rams. McCaffrey recorded a passing, rushing, and receiving touchdown in the game, a feat not seen in the NFL for 17 years! McCaffrey helped carry the 49ers to their 8th straight regular season win against the Rams, with the game finishing 31-14, with 21 of those points attributed to the efforts of San Francisco’s new star player. Take a look back at the man who produced a sports highlights reel of his own!

At London’s Tottenham Hotspur stadium, the Minnesota Vikings and New Orleans Saints fought back and forth until the game’s final moments. After the Vikings scored a 47 yard field goal to go up 28-25 with 24 seconds left on the clock, the Saints somehow managed to put themselves into field goal range once more. Kicker Will Lutz, having made a 60 yard field goal earlier in the game, stepped up to attempt another from 61 yards. The kick was agonizingly close for Lutz and Saints fans, so close in fact that the ball bounced not once, but twice against the uprights, producing an infamous ‘double doink’. Check out just how close the kick came.

The Vikings win on the DOUBLE DOINK 😱

Down in Australia, the T20 World Cup began this October, with moments of madness already occurring. Pakistan, one of the higher rated sides in the tournament, suffered a rocky start to the competition, suffering a shock defeat to Zimbabwe, and putting their hopes of qualification into the tournament’s next round in doubt. Pakistan did put up a fierce fight, losing by only one run, but ultimately, their performance on the day was not enough, and they now face an uphill battle to keep their place in the tournament. Check out the game’s dramatic conclusion from inside the stadium.

October also saw the start of one of Rugby’s biggest events, as the Rugby League World Cup Kicked off. Scheduled to be held in 2021, Australia and New Zealand’s withdrawal due to COVID issues last year saw the tournament pushed to 2022. Those two sides will be glad to be back competing in the tournament, with the Aussies, Kiwis, and the English side, all going undefeated throughout their opening 3 games last month. We’re excited to see who will end up with the trophy, but until then, check out a couple of incredible moments from the tournament so far.

Matt Burton with an unreal pass to Addo-Carr, who finishes a stunner#RLWC2021 | #AUSSCO | @BBCSport pic.twitter.com/sSdDBIOxNE

🫣A MONSTER OF A HIT!

After a controversial first season, LIV Golf wrapped up in style this October, with some golfers handsomely rewarded for their victories. In the team championship, the 4 Aces, led by Dustin Johnson, came up victorious, sharing a $16m prize pot between them. Johnson walked away from the entirety of LIV Golf’s inaugural season a successful man, winning the individual competition in addition, and receiving $18m in winnings for this feat, and leaving him with $22m overall. The financial aspects were some of the competition’s more heavily scrutinized elements, but some great golfing moments were produced throughout the year. Checkout some of the final moments of the team finale below.

After securing 4 consecutive team titles during the season, they win at the team championship with a score of 7-under. A fantastic finish! pic.twitter.com/IFmouuDShH

Shaktar Donetsk forward Danylo Sikan will not want to see this miss from their Champions League clash with Celtic back, but we thought it made a great bonus moment.

If you enjoyed this sports highlights roundup, checkout the best moments from September.