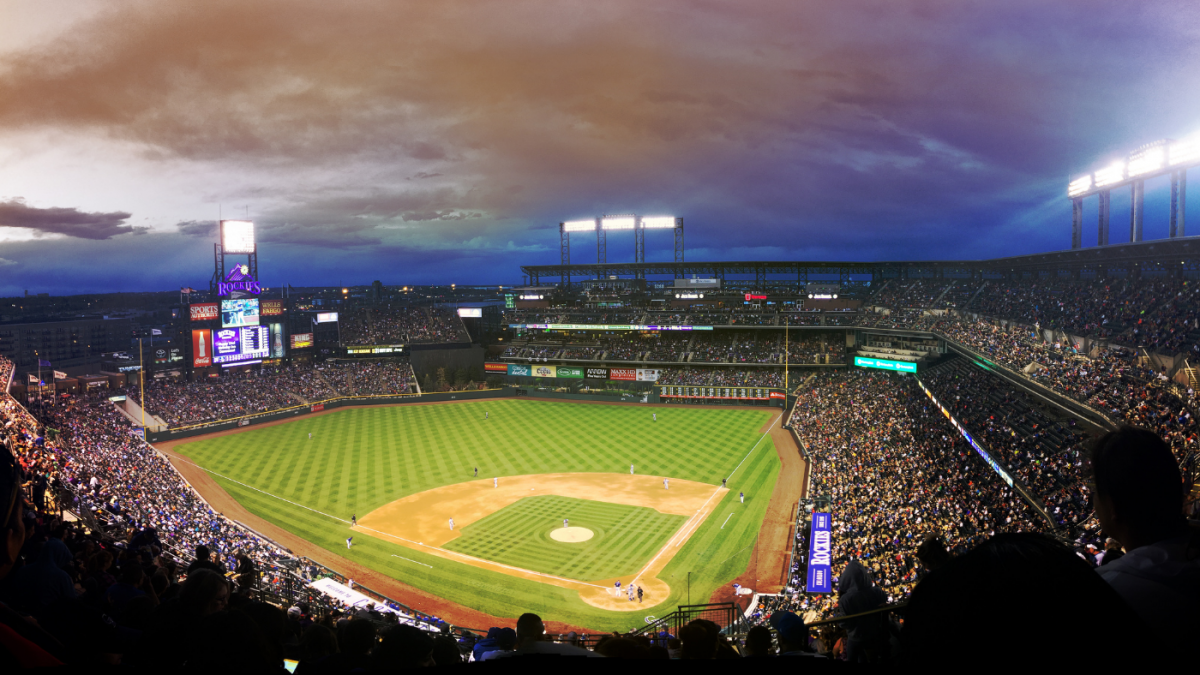 October was one of the busiest months on the sports calendar this year. There were countless unforgettable moments with so much happening, like the ending of a boxing trilogy, the return of the NBA, the WNBA finals, the MLB playoffs, and a ton of amazing plays meaning we were treated to some awesome sports highlights. Fortunately, you have me to condense all of this action and bring you just the best bits, so with that, I give you my top 11.

Let’s start with the end of a legendary boxing trilogy between Tyson Fury and Deontay Wilder. After the first fight ended in a controversial draw, Fury dominated the second fight and won via T.K.O. After a year and a half of anticipation, the third and final fight finally came in October, and it certainly didn’t disappoint! By the 11th round, both fighters landed hard punches and knocked the other down, but Deontay Wilder seemed exhausted. Fury took advantage of this and landed a powerful right hook to Wilder’s right temple, knocking him out and ending the fight, concluding perhaps one of the best trilogies ever between two of the best heavyweight fighters of this era. After the fight, in classic behavior, Fury sang a song to celebrate his win, and Wilder had some words for him. Give it a listen and watch the moment Fury knocked out Wilder.

Wouldn’t be a @Tyson_Fury win without a Tyson Fury song.

After the end of a trilogy, it’s only fitting for the beginning of something new. This month marked the beginning of the much anticipated NBA season, and opening night, as usual, didn’t disappoint. The Milwaukee Bucks hosted the first game of the season. They played their biggest threat in the east, the Brooklyn Nets. The favorites from the west, the Los Angeles Lakers, then hosted their longtime neighbor and rival, the Golden State Warriors. The former was a quick win for the Bucks as Giannis Antetokounmpo, the reigning finals and league MVP, easily handled his business, dismantling the Nets. The Lakers Warriors game was closer and more exciting as the Lakers debuted their new big 3 of Lebron James, Anthony Davis, and Russel Westbrook. Unfortunately for them, they were no match for Steph Curry and the Warriors. Here are some sports highlights from the night, and hopefully, the rest of the season will be as exciting and packed with as many highlights as opening night.

Bjelica’s passing down the stretch just opened up the game for the Warriors. He made every right read off the Draymond passes. pic.twitter.com/ApPwxBjfZZ

While the NBA season kicked off, the WNBA season ended with the Chicago Sky winning their first WNBA championship. They defeated the Phoenix Mercury, led by Diana Taurasi, in commanding fashion. Kahleah Copper was named the WNBA finals MVP, but Candace Parker was the real hero, coming back to her hometown and bringing home the franchise’s first championship and her second. Here’s the moment they won and Parker’s emotional reaction to the amazing victory.

Let’s take another look at the moment the @chicagosky won the chip ✨ pic.twitter.com/lgg4CjE8wE

Not only is the WNBA season coming to an end, but the MLB as well with the World Series coming up. The Braves and the Astros were able to win their respective conferences with relative ease and will face off in the World Series. After an electrifying and crazy playoffs from comebacks to walk-offs, this World Series should be one for the ages. The hated Astros continue to ignore the criticism as they try to prove their accomplishments aren’t a product of cheating, and the Braves are trying to win their first championship since 1995. Enjoy these clips of the plays that brought them to the World Series.

How it sounded on SportsTalk790 as the @Astros are headed back to the World Series!!! #ForTheH pic.twitter.com/hca4NLJWBm

For the first time since 1999, the @Braves are in the World Series! pic.twitter.com/j1TZ5vl3VS

Let’s move on from great baseball teams to struggling football teams. This month the Jacksonville Jaguars got their first victory of the 2021 season, making their record 1-5. They’ve been playing so bad many people, including me, thought they would go winless this year. They were fortunate, however, to play an equally struggling team in the Miami Dolphins. The Jags took advantage of their matchup and ended up winning on a game-winning field goal. This marked Trevor Lawrence’s first win of his, what looks like to be a promising NFL career. Check out the nail-biting finish from every angle.

College football this month was just as dramatic and shocking as the NFL. In one of the biggest upsets in college football history, Texas A&M defeated Alabama 41-38. This marked Alabama’s first loss to an unranked team in 101 games; the last time they did so was in 2007. Texas maintained control of the game from kickoff to halftime, leading 24-10. Alabama, however, made a couple of amazing plays, bringing them back into the game and even giving them the lead at one point. In the end, though, they were unable to hold back a red-hot Texas A&M team, eventually losing on a game-winning field goal as the clock expired. Take a look at this raw reaction from the family of Texas A&M kicker Seth Small as he nails the game-winner.

This is why we love college football ❤ @SECNetwork

While Texas A&M was making history beating Alabama, Armoni Rodgers was breaking records. At their own one-yard line, the Ohio quarterback ran for a 99-yard touchdown, breaking the record for the longest quarterback rushing touchdown in college football history. Right below is the electrifying play and one of my favorite sports highlights of the month.

Longest Rushing TD by a QB in NCAA History. No Big Deal🤷‍♂️

Yet another record-breaking moment occurred in the Illinois versus Penn game. After an extremely tight game, overtime didn’t disappoint; in fact, it might’ve been even more than what people wanted. The game ended up going into a record-breaking 9 overtimes, with Illinois finally beating Penn. This was the longest game in NCAA history and comes off the heels of a new overtime rule change to actually shorten overtimes, clearly failing. I’ll save you some time and show you the game-winning play since the game was way too long to watch.

ILLINOIS UPSETS NO. 7 PENN STATE IN THE NINTH OVERTIME‼️

That’s the most overtimes in FBS history 😳 pic.twitter.com/uKlOg9Sd6j

College Football wasn’t the only sport with historic moments this month. At the beginning of the month, NASCAR’s Bubba Wallace became the first black driver to win a NASCAR cup series event in 58 years. Winning the Talladega YellaWood 500 was a massive win for him and black race car drivers all over the world. Take a look at the emotional win and Wallace’s inspirational words to everyone after.

The energy isn’t stopping anytime soon! 🔥🔥🔥@BubbaWallace has a message for his fans after winning at @TALLADEGA! pic.twitter.com/aLtlIt1uE8

All you European sports fans should not worry; I did include soccer in this month’s edition. Since his arrival at Manchester United, for his second stint at the club, both home and away fans have been copying Cristiano Ronaldo’s famous “Siiiiiiiii” celebration whenever there’s a goal. But in a truly cheeky move from Everton’s Andros Townsend, the forward trolled CR7 hard by performing his iconic celebration after scoring at Old Trafford as Ronaldo looked on. Unfortunately for Ronaldo he didn’t get himself on the scoresheet but Everton didn’t have it all the laughs as the game ended in a draw.

Andros Townsend really did the Ronaldo celebration at Old Trafford in front of the man himself 👑 pic.twitter.com/ltMaEy3pwS

Let’s pivot from the Premier League to Argentinian soccer as the Superclásico between Boca Juniors and River Plate was, as always, a thriller. Boca Juniors currently lead the Superclásico overall with 89 wins while River Plate is close behind them with 84 wins, and there’s been 83 draws between the two. This rivalry consistently gives us non-stop entertainment and excitement, and this year was no different. The major talking point from this match was River Plate’s Julian Alvarez wonderstrike. You’ll be watching it on repeat guaranteed!

*Bonus*- Player of the Month

It would be a crime to omit Mohamed Salah from this month’s edition of top sports highlights. He is the hottest player in the world right now and is currently outscoring most clubs; he even put his name in the record books in October by bagging a hattrick against Manchester United at Old Trafford, something that has never been done before. Because of his outstanding play, we’re dedicating this bonus section to Salah. Here are some of his best goals from October.

Hat-trick ✅ Assist ✅ Player of the Match ✅@MoSalah’s performance on Sunday simply had it all 🙌 pic.twitter.com/0A4pEwZ8m9

A genius at work.

Current status: watching this on repeat 🔁🤩


If you enjoyed this sports highlights roundup check out the best bits from September.