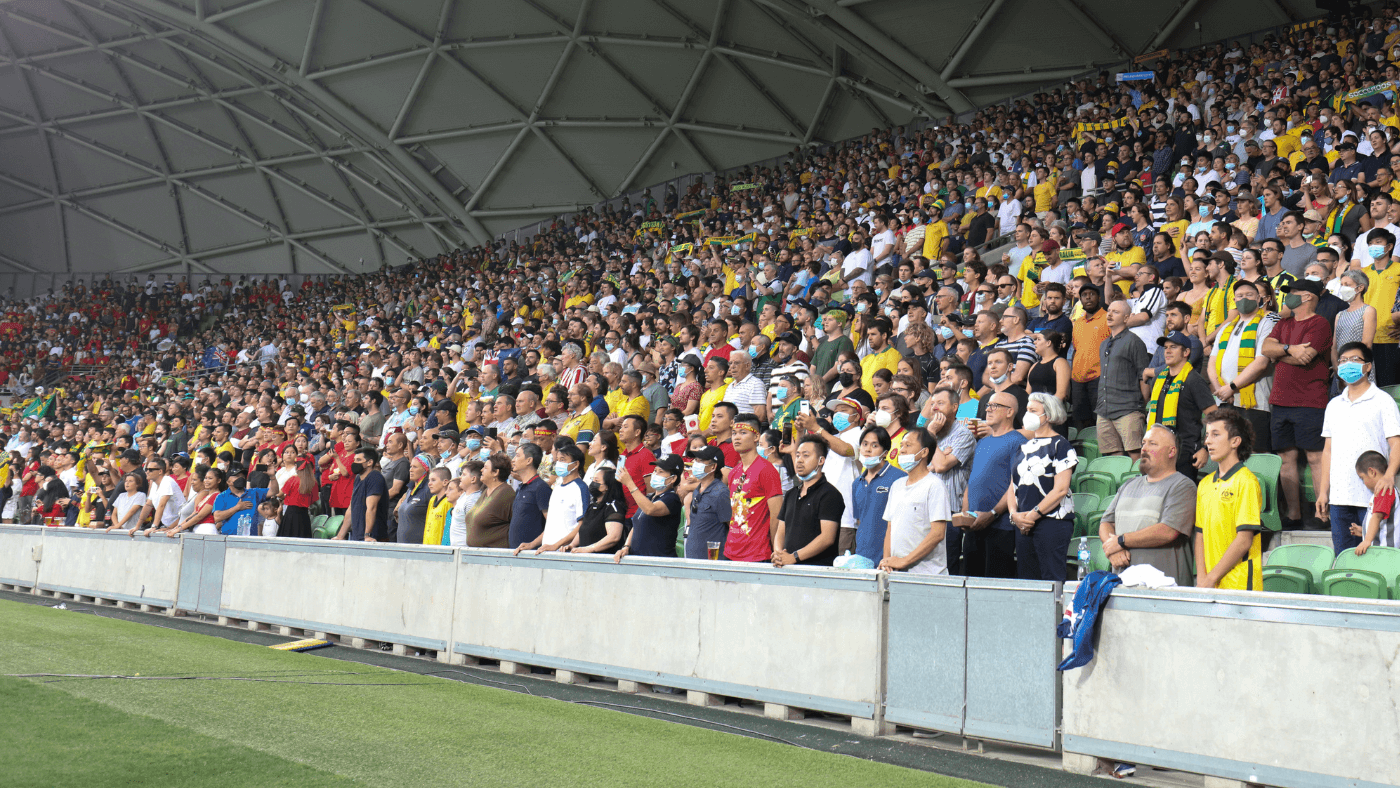 November was a wild month for sports highlights, with the conclusion of the F1 and MLB seasons, some magic moments in the NFL, and of course, the long awaited Qatar World Cup kicking off! This month, we’ll be bringing you a World Cup special edition of our monthly highlights look-back, but before we delve into soccer, let’s take a look around the rest of the sporting world.

While Max Verstappen’s back-to-back F1 World Title win was sealed four races prior, the final race of the F1 season in Abu Dhabi was not without drama, with second place still up for grabs, as well as the chance for Verstappen to improve upon his record for all time wins in a single season. Ferrari’s Charles Leclerc and Red Bull’s Sergio Perez battled it out in an attempt to secure what would be the highest placed finish in the Drivers’ Championship for either of the pair. Ultimately, it was the Monagasque Leclerc who claimed second place, executing a one-stop race to perfection. Verstappen also succeeded in his mission, claiming his 15th race win of the season, two more than the previous all time record of 13 set by Michael Schumacher in 2004. All drivers celebrated the end of another successful season by performing ‘donuts’ on the track post-race. Take a look below!

The Houston Astros stormed their way to their second ever World Series Championship win this November. After going 2-1 in the first 3 games of the finals, the Astros put on a truly dominant performance, winning 3 games in a row to finish 5-1, and hand them The Commissioner’s Trophy once more. Look at the jubilation after claiming baseball’s biggest prize!

November’s match up between the Minnesota Vikings and Buffalo Bills saw one of the most unbelievable finishes to a game in NFL history, producing enough sports highlights for a reel of it’s own! After Justin Jefferson’s insane one-handed catch on 4th and 18 that lit up social media was not enough for the Vikings to take the lead, and with only 40 seconds left in the game, the Bills looked on their way to victory. However, a mishap on a QB sneak out of their own end zone resulted in a touchdown out of thin air for the Vikings, putting them ahead. The Bills were able to briefly make up for their mistake, managing to score a quick field goal, and sending the game to overtime, where more drama followed. The Vikings scored a field goal of their own, before Buffalo began their march downfield. While it looked like the Bills may clinch the game, an interception thrown by star QB Josh Allen sealed the win for Minnesota. What an ending!

Ok. Wrap it up. This is the catch of the year. Justin Jefferson. WOW.

The #Bills fumble and the #Vikings recover for a go-ahead TD. THIS IS UNREAL pic.twitter.com/8mz8z9lodL

In one of the most anticipated college football games of the season, Michigan put on a dominant performance against rival Ohio State, coming away with their first road win in Columbus since 2000! After trailing at halftime 20-17, Michigan found their rhythm, scoring 28 points in the second half, and allowing only a single field goal from Ohio State, going on to win the game 45-23. This win kept Michigan’s impressive undefeated streak alive, and sent them into the Big 10 Championship Game! Check out some of the best moments from the game below.

DONOVAN EDWARDS TAKES IT 85 YARDS TO THE HOUSE TO SEAL THE WIN FOR MICHIGAN!!#OSUvsMICH

IT’S GREAT TO BE A MICHIGAN WOLVERINE! 〽️ pic.twitter.com/e2R11UjSmA

A 9 Dart Finish is the single hardest accomplishment for a darts player to achieve, with those that are hit guaranteed to live on in sports highlights history. Due to its impressiveness and rarity, it’s the single event in darts that fans want to see the most. November saw two of these spectacular moments, with 21 year old Josh Rock producing the first of these in a match up with darts legend Michael Van Gerwen, before Van Gerwen himself hit one later in the month. Just look at the celebrations that followed!

Josh Rock hits perfection in the second leg of the match against Michael van Gerwen!

Sensational scenes in Minehead, as Michael van Gerwen lands a spectacular nine-dart finish to strike the first blow in this final!

We now move on to the biggest sporting event on earth, the World Cup! Here are 6 of the most incredible sports highlights seen in the opening half of the tournament.

In Argentina’s opening game against Saudi Arabia, all eyes were on football superstar, Lionel Messi, in what is reportedly the last World Cup appearance of his career. What was supposed to be a sure-win for Argentina, turned into one of the biggest upsets in World Cup history. Messi made a mark, scoring the game’s first goal with a penalty; but unbelievably, two second half goals from underdogs Saudi Arabia meant that the tournament favorites walked away from their opening game with 0 points. In a game that will go down in soccer history, take a look back at the winning goal!

Saudi Arabia were not the only underdogs to come away from their opening game with a memorable win. In the game between Japan and Germany, it was the Germans who got off the mark first, leading 1-0 up until the 75th minute when Japan’s Doan tied the scoring. Only 8 minutes later, Takuma Asano put Japan ahead, sending their fans into delirium. The game finished 2-1, and made Germany’s path out the group stage much more troublesome. Just look at those winning scenes!

What a winning goal it was from Takuma Asano 🔥

Both goalscorers were brought on as second half substitutes by manager Hajime Moriyasu 👏#FIFAWorldCup #GERJPN pic.twitter.com/J8t2XmLOIA

Brazil, known for their flair and talent, did not disappoint in their opening game of the World Cup, thanks to the efforts of striker Richarlison. The forward’s impressive display saw him notch two goals against their Serbian opponents, one of which will certainly be a contender for best goal of the tournament. After controlling the ball effortlessly, Richarlison scored an impressive scissor kick, catching the eyes of fans all across the world. Take a look at the stunning goal!

Richarlison! What have you done?! 🤯#FIFAWorldCup | @richarlison97 pic.twitter.com/kCKFdlINXq

England’s opening game at the World Cup against Iran saw a group stage high 8 goals shared between the two sides. Amongst these many goals, one player’s performance stood out. 21 year old Bukayo Saka walked away from the match with two goals, a sublime half-volley and a stunning solo effort, as well as the ‘Man of the Match’ award. Check out how cleanly Saka strikes the ball for his first!

Before the start of the tournament, there was some debate amongst fans and experts about just how good Spain could be. Were they really contenders to win the whole tournament? These doubts were soon put to bed, thanks to an unbelievably impressive 7-0 victory over Costa Rica. This win was the largest number of goals scored by a single side in the group stages this November. While there were enough goals for a sports highlights article of it’s own, this stunner from teenager Gavi might just be our favorite!

What a goal by the 18-year old Gavi for Spain today 👏 #FIFAWorldCup | #TheHobby pic.twitter.com/gQo2YAcTPZ

Cristiano Ronaldo will go down in history as one of the best athletes, and possibly the single greatest soccer player of all time. His hunger for goals makes him an unbelievable player to watch. After managing to get on the scoresheet in Portugal’s opening game vs Ghana, in their second game against Uruguay, a controversial moment saw Ronaldo in the headlines. After teammate Bruno Fernandes whipped in a ball that sailed into the net, Ronaldo claimed he had got a touch on the ball, and that the goal should be awarded to him. While initially recorded as Ronaldo’s goal, FIFA changed this ruling upon review, awarding the goal to his teammate instead. Debate raged as to whether he had or hadn’t actually got a touch on the ball, with fans and experts split. Watch back the moment below and judge for yourself whose goal it should be.

One final moment from the World Cup, where Portugal, leading 3-2 right at the end of the game, came a little too close to comfort…

A lucky escape for Portugal at the death! pic.twitter.com/A2rF6rkVn3