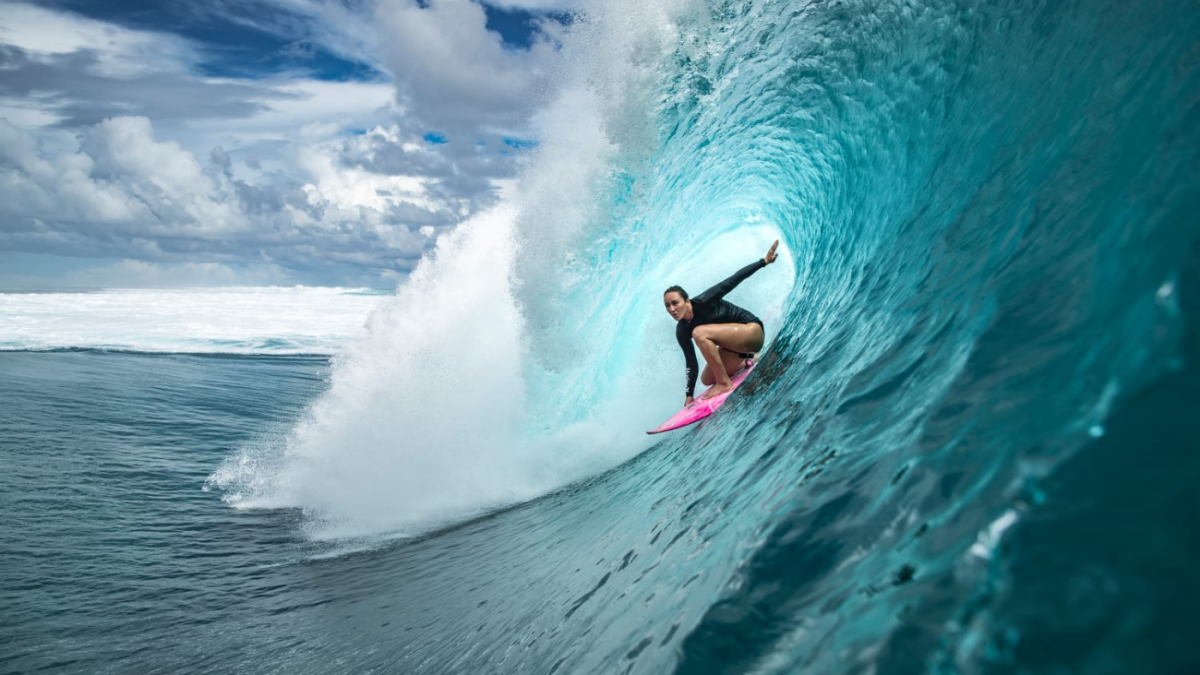 Wow, November couldn’t have gone by quicker and at the same time this action-packed month seemed to have a year’s worth of rewatchable sports highlights! There were so many amazing and mesmerizing plays it felt nearly impossible to give you just 11. After many hours filled with sweat and tears, though, I managed to sort out the best 11 (and some), so without further ado, I give you my top 11 sports highlights of the month…

Let’s kick this month’s sports highlights with the second most popular sport in the world, Cricket. After delays and host changes, consequences of the Covid-19 pandemic, the Men’s T20 World Cup finally took place, and it did not disappoint. After an exciting and action-packed tournament, New Zealand and Australia found themselves facing off in the finals. This marked the first time New Zealand appeared in the finals and was Australia’s second. In this epic finale, New Zealand was able to put up a good fight but ultimately couldn’t hold off Australia. Australia found themselves victorious, winning by eight wickets, and claimed the T20 World Cup for the first time. Australia’s Mitchell Marsh was named player of the match, and David Warner was named player of the tournament. Check out the game-winning play and the trophy ceremony down below.

Missing 🏆added to the cabinet – #Australia are the champions of the ICC Men’s #T20WorldCup 2021! #NZvAUS pic.twitter.com/Bn87NAxoq4

2. For All the Marbles

Yet another finale took place in Houston with the Atlanta Braves coming into foreign territory to win the World Series. Coming into the series, the Braves were looking to prove that they could close out the season and finally bring home a trophy for the first time since 1995. The Astros came into the series hoping to silence all the haters that continue to label them as cheaters and put an asterisk next to their past championships. The series started close with both teams splitting the first two games, but the Braves were able to pull away, winning the next two. The Astros responded by winning game five, but their valiant efforts weren’t enough as the Braves won the next game, concluding an amazing season and winning the World Series. This is the play that won it all.

The @Braves are World Champions!!! pic.twitter.com/zTirZrkgUs

One of the more interesting highlights of the month is a unique NFL record set as the Buffalo Bills took on the Jacksonville Jaguars. Bills’ MVP hopeful, Josh Allen, looked to lead his team to their sixth win of the season, but his hopes were squashed by Josh Allen. Yes, you heard that right; Josh Allen is also the name of Jacksonville’s starting defensive end, and he had himself a career game. A player has never sacked, intercepted, or recovered a fumble from another player with the same name…before now. Josh Allen of Jacksonville recorded all three of these statistics, leading the way for the Jaguars’ second win of the season. Take a look at each play of this truly unique record that will most likely never be broken.

If you think Josh Allen dominated in his game against the Bills, check out this child absolutely destroy his competition with a barrage of stiff arms. He may still be under ten years old, but he already looks like he’s ready for the NFL.

A young @Kyrenwilliams23 in the making. Those stiff arms! @NDFootball #GoIrish

Ohio State sure could’ve used this kid for their game against Michigan, losing by a score of 42-27. This game ended Michigan’s 8-game (727 days) losing streak against Ohio State and ended the Buckeyes 29-game win streak against Big Ten teams and 21-game win streak against ranked Big Ten teams. This was also Jim Harbaugh’s, head coach of Michigan, first win against Ohio State in his coaching career and also marked Ryan Day’s, head coach of Ohio State, first loss to a Big Ten team. This heated rivalry has brought us many great passionate moments, and this game was no exception. Moments after Michigan won, their fans stormed the field to celebrate as the tension between Michigan and Ohio State players boiled over, culminating in a run-in between the two teams on the way to their locker rooms.

Ohio State and Michigan STANDOFF in the tunnel 😳😳

Another streak came to an end this month with high-flying West Ham beating Liverpool in the Premier League. This ended Liverpool’s 25-game unbeaten streak and allowed the Hammers to leapfrog them in the League climbing into third place. The atmosphere in the London Stadium was electric as Kurt Zouma scored his first goal for West Ham and sealed the win during the final moments of the game.

Another 𝗺𝗮𝘀𝘀𝗶𝘃𝗲 result for this Club ✊⚒

Highlights of our 3-2 win over Liverpool ⬇️ pic.twitter.com/78LpQ1KWbH

Besides the West Ham versus Liverpool game, soccer was filled with exciting moments and amazing plays throughout the month – it was hard to cut it down and make my picks. Two goals that stood out for me, however, from a guy that only scores MLS wondergoals, Jakob Glesnes, and possibly the most underrated strikers in the world (if the Balon d’Or ranking is anything to go by) Harry Kane. With time winding down in an absolutely fantastic match, Jakob Glesnes scored going into the final 123rd minutes of the game in extra time, avoiding a dangerous shootout and giving the Philadelphia Union the win as they advanced to the MLS conference semifinals, what a strike!

Harry Kane also scored a spectacular goal in his world cup qualifying game against Albania as he hit a ridiculous scissor kick to complete a first-half hat-trick, and adding insult to injury and making the score 5-0. Kane (48 goals) is now 3rd in the all-time England top scorers list and he’s more than likely to break Wayne Rooney’s record of 53.

Harry Kane with a ridiculous finish for his hat trick 😯 pic.twitter.com/PeoLQLXn5s

Let’s switch sports and shift gears towards the NBA with the first full month of the NBA season coming to a close. From buzzer-beaters to electric blocks to crazy posters to insane handles and performances, there were literally hundreds of highlights from this unforgettable month. Every night there was a highlight that looked like a potential play of the year candidate. With so many amazing moments to choose from, I narrowed it down to the best five sports highlights of the month.

The Western Conference Player of the Week was at it again 🔥

37 PTS, and 9 3PM for @StephenCurry30 in the @warriors road win! pic.twitter.com/ufUhQyj6vu

Luka gets to his spot.
Luka steps back.
Luka over 3 defenders.
Luka with the #TissotBuzzerBeater.#ThisIsYourTime, Luka Doncic❗️ pic.twitter.com/5oByDpVNuH

Giannis flies in for the block 😤 pic.twitter.com/VYyd0J8Auy

What a finish by Will Barton 🤯 pic.twitter.com/OhxUmd3nYI

A month after the NBA season kicked off, college basketball began, and as usual, it was filled with excitement and crazy plays. In one of the first games of the college baseball season, Wichita State played against Jacksonville State as both teams looked to prove themselves. Jacksonville State, the heavy underdog, came to battle and kept the score close throughout the game, looking to start the season off with an upset win. Wichita State, however, had different plans, holding the ball for the last shot of the tied game. With the game clock winding down, Tyson Eteinne held the ball at half court and decided to pull up from the logo, putting a dagger in his opponent’s heart and winning the game.

10. Another One in the Record Books

In other news, Novak Djokovic beat Daniil Medvedev to avenge his U.S Open defeat and win the Paris Masters after this beautiful rally. In doing so, he extended his own record to six Paris Masters victories, as well as his record of 37 Masters wins. This win also guaranteed him the number one ranking in the world to end the year for another record-breaking 7th time.

It would be a pity if I didn’t include the Álvarez versus Plant fight in this month’s top highlights. After much anticipation following the brawl at the first press conference of the fight where we saw Canello and Plant exchange shoves and blows, fight-night finally arrived. The fight was as exciting as hyped up to be, but Plant was ultimately no match for Álvarez, getting knocked out in the 11th round after this series of painful blows. In winning this fight, the now four-division winner Álvarez became the first Latin American undisputed super middleweight champion and cemented himself as the best pound-for-pound fighter of this generation.

How tall is the highest wave you’ve ever surfed? I bet the answer is less than Brazilian surfer Rodrigo Koxa. Four years ago this month, Koxa surfed an 80-foot wave in Nazaré, Portugal, beating the previous record. The sight was incredible and surreal to see as you could make out a tiny figure streaking down the massive wave – it was just so impressive we had to include it in this month’s sports highlights!

Oh nothing, Rodrigo Koxa just breaking the world record for surfing the biggest wave at 80ft 🏄