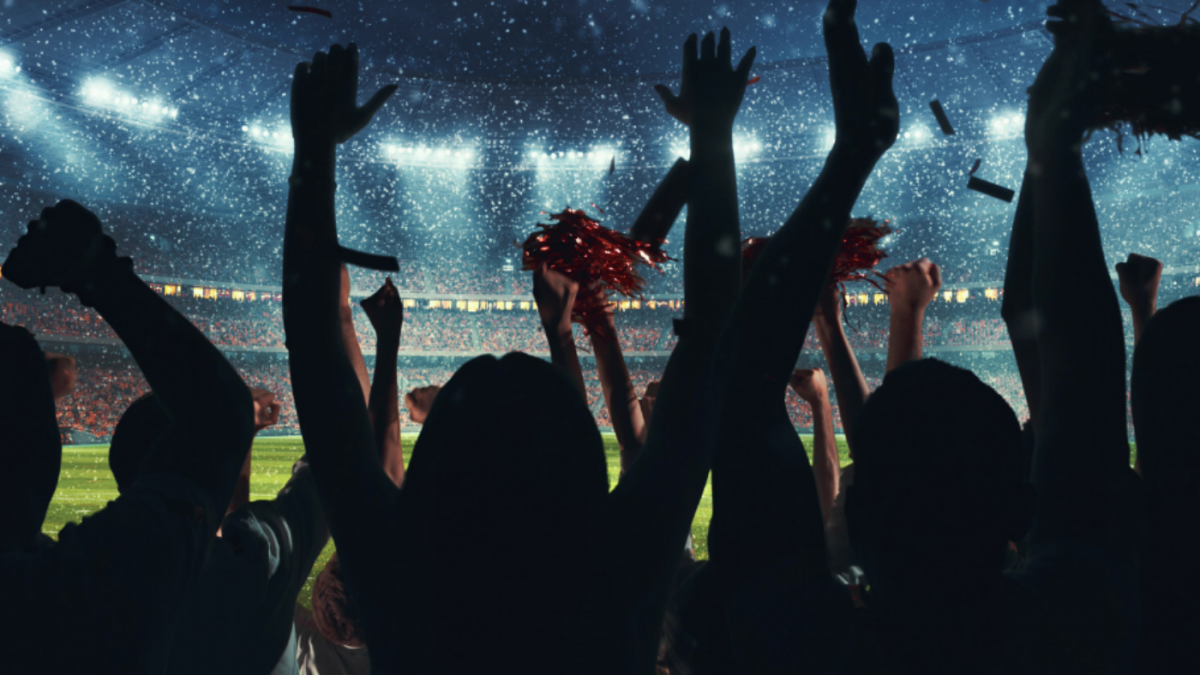 The month of May was filled with awesome highlights from many of the world’s biggest sports leagues. At the same time, stadiums all over the globe moved towards full attendance for the first time in two years, bringing energy back into the stands.

With the swell of new fans came a ton of crazy highlights — here’s 11 of our favorites!

Chelsea won their second Champions League Final off of this first half goal from midfielder Kai Havertz. The Blues shut out Manchester City for their third straight win against Pep Guardiola’s club.

PHIL JUST DID THAT. pic.twitter.com/wA3hu2cNxG

Canelo Alvarez landed a crushing right hook on Billy Joe Saunders to win their middleweight bout (and send Saunders to the hospital). If you don’t enjoy bone-crunching punches, look away…

The NBA’s stars got cheeky with their passing during the end of the regular season and beginning of the playoffs. LeBron James made a mid-air behind-the-back assist look easy…

Beard is officially back pic.twitter.com/zPmTiFEZuO

and Facundo Campazzo got in on the action with this underhand dime.

This Campazzo dime to AG 😯 pic.twitter.com/8nuMe8fZz4

Whatever they feed soccer players in Germany must give them strange powers, as evidenced by this head-scratcher of a goal.

Hands down, the strangest goal of the weekend. 🦅😳

Ajdin Hrustic’s first #Bundesliga goal was one to remember…🤯 pic.twitter.com/wQZWYMKzBZ

Want to see what master base running looks like? Well look no further than Javier “El Mago” Baez, who made the Chicago Cubs look like a little league team in the infield during what should have been a routine out.

One of the wildest MLB plays you’ll see 😳

Some background music really adds to the comedy of the situation…

The Benny Hill music was a genius touch! pic.twitter.com/zyriuk1vGf

The NHL got in on the action with a duo of awe-inspiring goals. First, it was Conor Garland’s slicing self-assist…

Not to be outdone by this amazing wrap-around from Marty Necas.

What sorcery by Marty Necas!!! pic.twitter.com/4985ws6vwT

I know we already did the NBA, but this block by Rudy Gobert on Ja Morant, one of the best dunkers in the league, deserves its own spot.

I love the fact Ja Morant tested him. What a block by the DPOY pic.twitter.com/XgbuA3KI29

Here’s another effortless swat by Gobert on Morant, just to make it abundantly clear why he’s the league’s presumed Defensive Player of the Year.

Rudy is donating $1,000 to @StreetsMemphis for every blocked shot tonight.

I know, I know. But this league produces enough dazzling clips for two of these monthly articles. This particular highlight, a stunningly deep three pointer, is brought to you by a real-life magician who goes by the name Luka Doncic.

American Simone Biles continued a long career of gravity-defying displays by becoming the first woman ever to land a Yurchenko double pike during a competition.

#SimoneBiles made history on Sunday becoming the first woman to ever land a Yurchenko double pike in a competition. 🏅pic.twitter.com/UKisVdWb4x

Rounding out our top 11 are some of the best catches in baseball from May. Nothing gets a stadium going like a stolen home run, like this one from Brewers outfielder Jackie Bradley Jr…

He climbs the wall to take away a home run from Ozzie Albies .#ThisIsMyCrew pic.twitter.com/Wy922j6mvU

The Rays’ Kevin Kiermaier had a run-saving snag of his own, stopping a crushed ball from Andrew Benintendi before it could leave the field…

And the University of Georgia’s Josh McCallister did his best major league impression with this wild catch.

Watching professionals is fun, but true talent comes in all shapes and sizes. In this month’s bonus, check out Hansel Emmanuel, an inspirational one-handed hooper from the Dominican Republic who has some serious bounce.

Another angle of “One armed hooper” Hansel Emmanuel’s poster on a 7 footer @TheTB5Reports #WWTS pic.twitter.com/0tt0DoIOCL

Hansel Emmanuel will never stop being Amazing! He made it look EASY today in Indy 🤯 @UAassociation 🎥:@brealstudios pic.twitter.com/pl6dxWf73K

WSC Sports’ proprietary AI technology platform automates the creation and distribution of highlights for over 150 leagues and broadcast partners across the globe, including the NBA, NHL, ESPN, YouTubeTV, Bundesliga, FIBA, FanDuel and Bleacher Report.

Utilizing advanced AI and Machine Learning technologies, the WSC Sports platform analyzes live sports broadcasts, identifies each and every event that occurs in a game, and in real-time creates and publishes customized short-form videos. This enables sports media rights owners to maximize the use of their content, creating new revenue streams and a personalized fan experience on every platform for every type of fan.