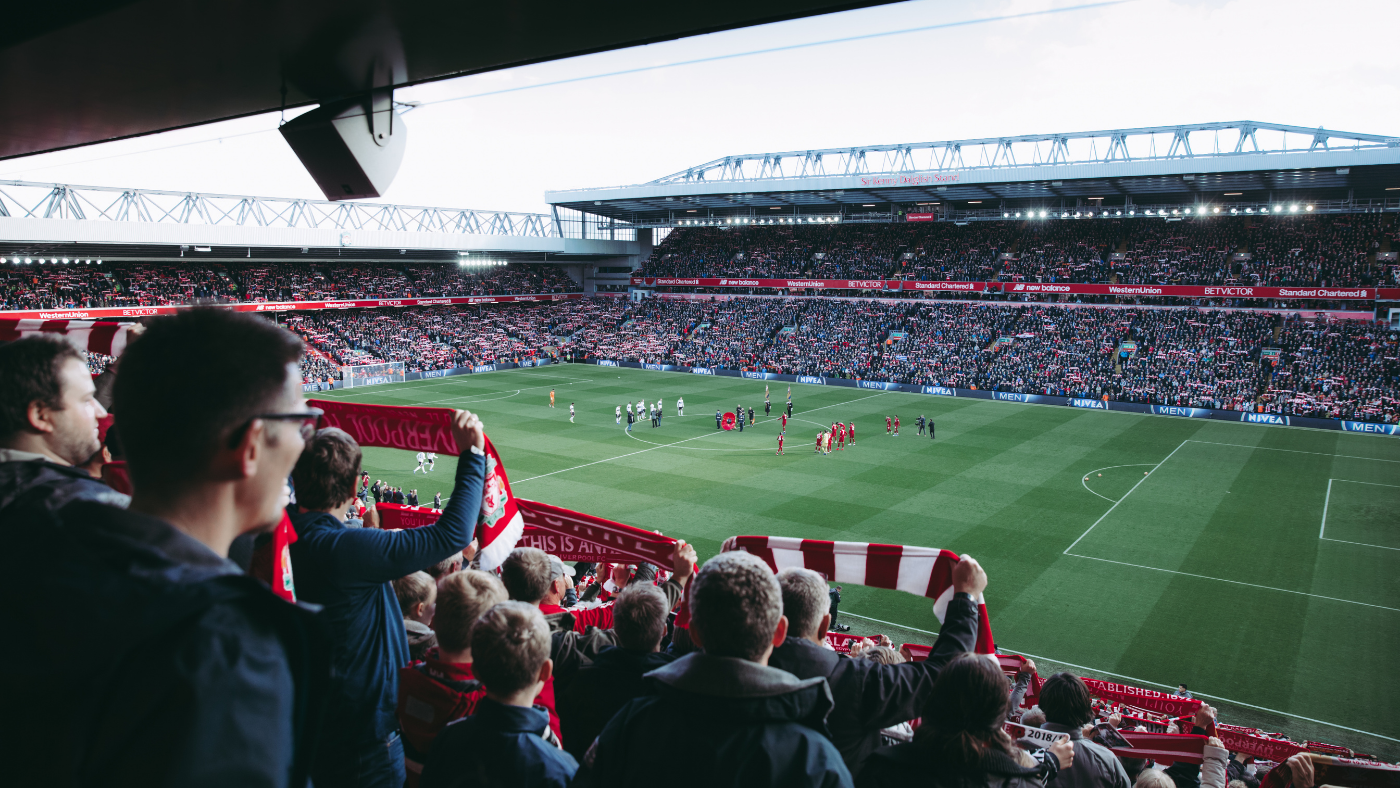 May was one of the most sport-packed months of the year, giving us a plethora of sports highlights to watch. If you couldn’t keep up with all the action, that’s all right. I gathered the top 11 for you to enjoy!

1. The Road to Champions

Why not begin this edition of sports highlights with a spectacular Champions League semi-final. With just four teams remaining, Liverpool dominated Villareal with a 5-2 aggregate score to clinch a berth in the Champions League Final, while Real Madrid took on Manchester City for the final spot. Coming into the closing minutes of the game, Man City looked poised for a second straight trip to the final, holding a 5-3 aggregate lead. Real Madrid, however, had other plans, pulling off perhaps the greatest Champions League comeback ever. After Madrid’s Rodrygo scored two spectacular goals in the 90th and 91st minute of the game, the aggregate score was tied at five apiece. Karim Benzema then sealed the victory after scoring a penalty kick in extra time to bring Real Madrid to their record 17th final appearance. Take a look at the incredible saves, plays, and goals from Madrid’s clutch win.

2. Champion of the Champions

With the Champions League final matchup set, Real Madrid and Liverpool both looked to take home the prestigious trophy. In this rematch of the 2018 final, where Madrid clinched their third consecutive Champions League after also winning in 2017 and 2016, Liverpool registered 24 shots on target to Madrid’s four, won six corner kicks to Madrid’s two, and maintained possession of the ball for 54% of the game. Liverpool’s superior stats were ultimately unfruitful, thanks to Madrid goalkeeper Thibaut Courtois’ stellar performance, stopping every shot that came his way. With Courtois’ extraordinary play, Madrid only needed one goal to win the game, and Vinícius Júnior delivered in the 59th minute to give Madrid the win. With this win, Real Madrid extended their record to 14 Champions League titles, while Liverpool’s dreams of a second Champions League in 4 years were destroyed.

3. The Most Exciting Two Minutes in Sports

Speaking of champions, Rich Strike was crowned after a stunning win at the Kentucky Derby. Strike wasn’t even supposed to participate in this year’s race and only had one career win in seven races, but after a last-second withdrawal was quickly inserted into the race with 80-1 odds of winning, the second-lowest ever from a winner. During the race, Strike started out slow, but jockey Sonny Leon was able to weave through the entire pack in the final straightaway to beat out race favorite Epicenter, who was given 4-1 odds, to take home the 1.86 million dollar prize. The craziest part is that last year Strike was claimed for just 30,000 dollars. Talk about a good investment! Check out the ferocious last sprint…

Just an adorable selfie from the winner.

4. Road to the Finals

Let’s move onto another American favorite, the NBA playoffs where we were blessed with another month of playoff basketball and highlights. Enjoy because these are the last of this year’s playoffs before the finals 🙁  Here’s the cream of the crop.

What a shot to end Q1 on TNT pic.twitter.com/bXT9njS7v2

Giannis goes off the backboard for the emphatic slam!#NBAPlayoffs presented by Google Pixel on ABC pic.twitter.com/vyn50aa2Au

Luka dishing out dimes from the floor!#NBAPlayoffs presented by Google Pixel on ESPN pic.twitter.com/jDsLeo53Ne

JA MORANT FROM HALFCOURT TO CLOSE THE FIRST HALF 🤯🤯🤯 pic.twitter.com/YUYAlVDyCs

Luka Doncic is HIM

He finishes the first half with 27 points 🔥

Giannis, Jrue and Bobby come up HUGE down the stretch of an instant-classic Game 5 to put the @Bucks up 3-2!

“A little shake and bake” by Marcus Smart ☘️#NBAConferenceFinals presented by Google Pixel on ESPN pic.twitter.com/4K1FzKBBeQ

While on the topic of top plays, there’s been too many this month in baseball so I’ll just give you the best five.

Andrew Velazquez shows off the glove and the arm 🚫

Ryan Harrahill, the Huskers commit, lays it all out for the Class B championship final out.
@RHarrahill @ESPNAssignDesk #SCTop10 pic.twitter.com/PLMv4dld92

Your Electric Play of the Week presented by @Chevrolet belongs to Daz Cameron! pic.twitter.com/NZMMyEAkR4

For the second month in a row, Carlos Alcaraz is making an appearance on the top sports highlights of the month, except this time, he’s made it out of the bonus section. After winning both the Masters and Barcelona Open last month, Alcaraz added another trophy to his fast-growing collection following his dominant win at the Madrid Open. At just 19 years old, Alcaraz reached the final of the tournament by beating two legends: number four ranked Rafael Nadal and number one ranked Novak Djokovic. In the short 62-minute final game against the third-ranked Alexander Zverev, Alcaraz dominated to become the youngest player to ever win the Madrid Open on this play.

He also became the youngest player to beat three top-five ranked players in the same event since the ATP tours debuted in 1990 and did so in three consecutive days. His 28-3 record and four titles won this year both lead the ATP Tour this year while catapulting him to sixth-ranked. Get out the champagne…

Yet another champion was declared this month at the PGA Championship in dramatic fashion. Trailing by seven shots entering the final round, Justin Thomas had a 1.2% chance of winning, but any chance of winning was enough for him. Through flawless play and shaky performances by those in front of him, Thomas managed to completely erase the deficit between him and first place Will Zalatoris by the end of the day. All tied up, the game went into a three-hole playoff where Thomas dominated, becoming the first player ever to birdie the first two playoff holes at the PGA Championship after this monster drive on the 17, all while taking a one stroke lead over Zalatoris.

Have a feeling we’ll be watching Justin Thomas’ drive on the second playoff hole for a very, very long time. pic.twitter.com/y5s2uQDg1d

“It’s just in time again at the PGA Championship.”
Justin Thomas wins The Wanamaker Trophy for the second time! pic.twitter.com/2gTDXm7kRB

Talking about amazing shots, I could watch these all day on loop…

Is it soccer? ⚽️
Is it baseball? ⚾️
No, it’s Jake Guentzel scoring in Game 7. pic.twitter.com/fgJONHq3b8

9. Knockout of the year?

A quick warning to all those with weak stomachs before this face shattering highlight.

Didn’t catch that? Watch it in slo-mo, it only makes it look better.

And we can’t forget about the celebration after.

We weren’t only given amazing UFC fights this month but also got a showdown between two of the best in the boxing world as well. Dmitry Bivol faced off against Canelo Alvarez for the WBA light heavyweight title and this one wasn’t even a close one. Canelo struggled to get anything going at all and was out landed 152-84 on punches, giving him his first loss since 2013 when he lost to Floyd Mayweather and the second loss of his illustrious 16-year career. Bivol retained the title via unanimous decision and extended his record to an undefeated 20-0. Canelo is expected to exercise his contractual right to a rematch after a trilogy ending fight with GGG, but until then, enjoy the fight highlights.

Watch all the fight highlights on our Youtube channel now 👉https://t.co/lhOBTtiRf2#CaneloBivol pic.twitter.com/md8yKflnEP

11. All Good Things Must Come to an End

Let’s end this month’s edition of top sports highlights with the final day of the Premier League. Coming in, Manchester City were one point ahead of Liverpool, who was gunning for an unprecedented quadruple, for the Premier League title. Man City, however, saw themselves down 2-0 through 75 minutes of play against Aston Villa, putting their title aspirations at risk with Liverpool winning their game against Wolverhampton. They refused to accept defeat, though, scoring their first goal in the 76th minute, another in the 78th, and yet another in the 81st to take the lead and complete the comeback. City’s three goals in just five minutes extended their run of dominance, giving them their fourth Premier League title in the past five seasons.

In other Premier League news, Tottenham won 5-0 against Norwich pipped Arsenal to the fourth Champions League spot, and Burnley were relegated after their 2-1 loss to Newcastle, while Leeds survived relegation after defeating Brentford 2-1.

*Bonus*- Question: Would You Rather Have Good Defense or Good Offense?

The bonus section of this month’s top sports highlights go to soccer and the beauty of incredible offense and defense. Firstly, these saves by Jordan Pickford are the definition of tough 😤.

If there were ever 2 saves which show my philosophy on goalkeeping… here it is.

And we can’t ignore this sensational goal by controversial forward Mario Balotelli. He ended the day with 5 goals, and has since stirred conversation around a potential Puskás Award for this moment of brilliance!

Mario Balotelli did this today 😳

If you enjoyed this sports highlights roundup, check out the best bits from April.

WSC Sports automates the creation and distribution of highlights for over 200 leagues and broadcast partners across the globe, including the NBA, NHL, ESPN, YouTubeTV, Bundesliga, Italian Football Federation (FIGC), and DAZN.