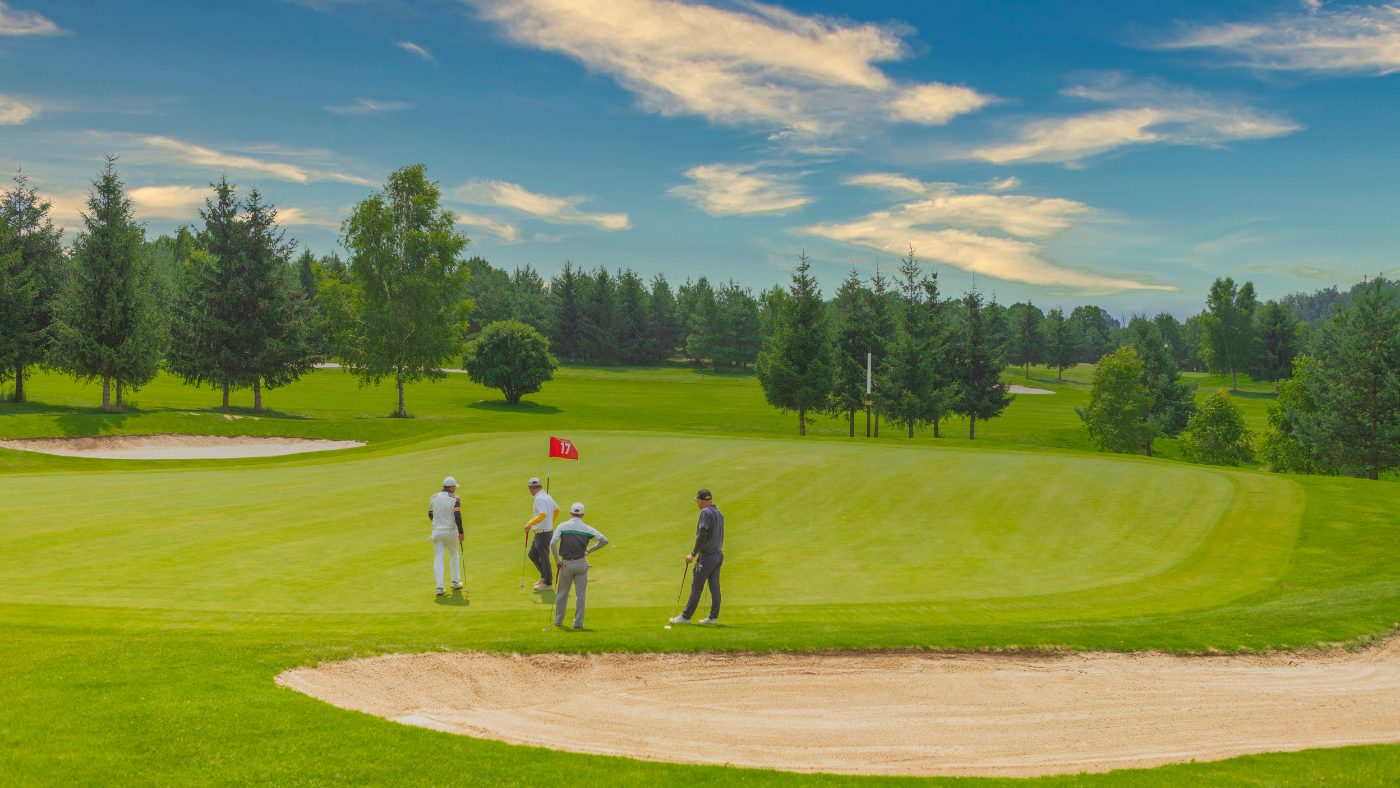 June was a month filled with amazing moments and some incredible sports highlights, with history made and champions crowned. In case you missed anything, here’s 11 moments from the month to be watched again and again!

We’ll start with the NBA Finals. After missing out on the playoffs in 2020, and failing to progress past the play-in games held to determine the last playoff qualifiers in 2021, the Warriors were able to overcome the doubters to win their fourth NBA championship in eight seasons. Steph Curry shone throughout the six game series – minus his one off day where he went 0-9 for three pointers. His strong showing across the other five games was enough for him to be named MVP of the finals. Check out the confidence from Curry!

Steph knew it was good once Klay touched it 💦

And what about this buzzer beater from Jordan Poole to cap off the 3rd quarter in Game five!

Jordan Poole with another long-distance buzzer-beater on ABC! pic.twitter.com/zkrcFE2uxC

Curry and crew made their pleasure known at quieting the negative voices after the culmination of the series. The Bay Area based team got to celebrate with their city following their triumph, with people (and animals!) lining the street to show their gratitude.

The Tampa Bay Lightning have been a force to be reckoned with the past few seasons, winning the Stanley Cup in 2020 and 2021. It was not to be this time around, as the Colorado Avalanche put to bed Tampa’s dreams of a three-peat. The Avalanche’s win in Game 6 meant the series was won 4-2, and the Stanley Cup will head to Colorado for the first time since 2001. Check out the crucial winning goal from Artturi Lehkonen!

No doubt, Artturi Lehkonen’s game-winning goal is the Goal of the Week!

The goal to win the #StanleyCup, from four angles. 👀

And how about these locker room scenes?!

An underdog story in the US Open, as golfer Matt Fitzpatrick was able to claim not only his first ever major golf championship, but also his first ever PGA Tour event win! Fitzpatrick also won the 2013 U.S. Amateur golfing championship at the same venue, joining legend Jack Nicklaus as the second male golfer to win both the U.S. Amateur and U.S. Open at the same site.

Another trip to the U.S. Open, where Cameron Young hit a sweet hole-in-one that we’ve had on repeat for quite a while. Celebrations all around!

After progressing to the Roland Garros final automatically due to a nasty injury suffered by Alexander Zverev in the semi final, Rafa again proved to be King of the Court in France, increasing his French Open wins record to 14. In comparison, the second most successful on the Parisian clay is Bjorn Borg with 6 wins. Nadal also increased his lead for most Grand Slam wins, winning his 22nd major trophy, edging out Djokovic and Federer, who have 20 each.

Just when you think you’ve got him 🤯#RolandGarros | @RafaelNadal pic.twitter.com/M5IMpVHPuX


Nowhere on the court is safe 💪#RolandGarros | @RafaelNadal pic.twitter.com/jqClIqFn12

In the semi-final of the UEFA World Cup playoff, Scotland and Ukraine battled it out for a chance to progress to the final, and keep their dream of playing in Qatar this November alive. After trying times in their homeland, the Ukrainian national team were able to come together and triumph over the Scots in Glasgow. Check out this goal from Dovbyk in added time that sealed their win!

Although Ukraine fell at the next hurdle in the final against Wales and won’t be present in Qatar, the joy the win gave to the players and fans is something we can really admire!

The Ukraine players celebrate with their fans after beating Scotland 3-1 to reach the World Cup play-off final 💛 💙 pic.twitter.com/cXdVWFrRn6

With their last World Cup appearance coming in 1958, Wales fans have faced a long wait to see their nation back on soccer’s biggest stage – a 64 year wait to be exact. They’ll wait no longer, thanks to their 1-0 win against Ukraine. Although the only goal scored was registered as an own-goal scored by Andriy Yarmolenko, it was the fear of Bale’s lethal left foot that caused the slip-up from the Ukrainian. Listen to the emotion displayed from the Welsh commentators as a Bale free-kick once again found its way into the net!

8. Two Tight Scrapes for the Aussies

Australia cut it close in their bid for World Cup qualification, with late victories against both the UAE and Peru sealing their trip to the Qatar. The first victory, against the UAE, came through a sensational strike in the 83rd minute from Ajdin Hrustic, sending the yellow-and-gold through to the final round of the World Cup playoffs.

HRUSTIC ON THE VOLLEY!!!

Ajdin Hrustic strikes from the top of the box and his shot is deflected in 🚀#UAEvAUS is live now on 10 and Paramount+ pic.twitter.com/XTDdmMMOVl

In the final round, the battle between Australia and Peru went all the way to penalties. Australia manager Graham Arnold made the risky decision to substitute his Number 1 keeper in place of the backup, Andrew Redmayne. The decision paid off, as Redmayne’s unusual antics in goal, which produced some viral moments, were enough to secure Australia the win and book their ticket to Qatar. Check out the heroics from the keeper!

As called on Australian radio: pic.twitter.com/DMPchKEitp

9. Football Stars on the Golf Green

For the fourth edition of ‘The Match’ charity golf tournament, four of the NFLs elite QBs battled it out, with veterans Tom Brady and Aaron Rodgers competing against young stars Patrick Mahomes and Josh Allen. Here are some of the most clutch moments, as well as some banter captured between the players.

What a CLUTCH putt for Mahomes on hole 6 👏 (@att) pic.twitter.com/YpPY50UOeG

Tom Brady taking out his frustration on his opponent
(@att) pic.twitter.com/HSEHpN8lsC

In the regional round of the Men’s College World Series, Oklahoma State and Missouri State combined to set an NCAA record for most points ever scored in a single college game. After finding themselves 12-0 down in the 4th inning, Oklahoma put together an incredible comeback, with the game finishing 29-15. In comparison, a 2021 football game between the same colleges saw Oklahoma State win 23-16, meaning 5 less points were scored on the football field! Take a look at the moment Oklahoma took the lead in the game for the first time thanks to a Grand Slam!

The celebrations after the winning strikeout make for a great watch!

*Bonus* – Sharing is Caring in the MLB:

For this month’s bonus sports highlights moment, take a look at this wholesome exchange between these two LA Angels fans!

This fan caught a baseball and gave it to a kid.

Later in the game, the kid got another ball, so he returned the favor 🥺

If you enjoyed this sports highlights roundup, check out the best bits from May.