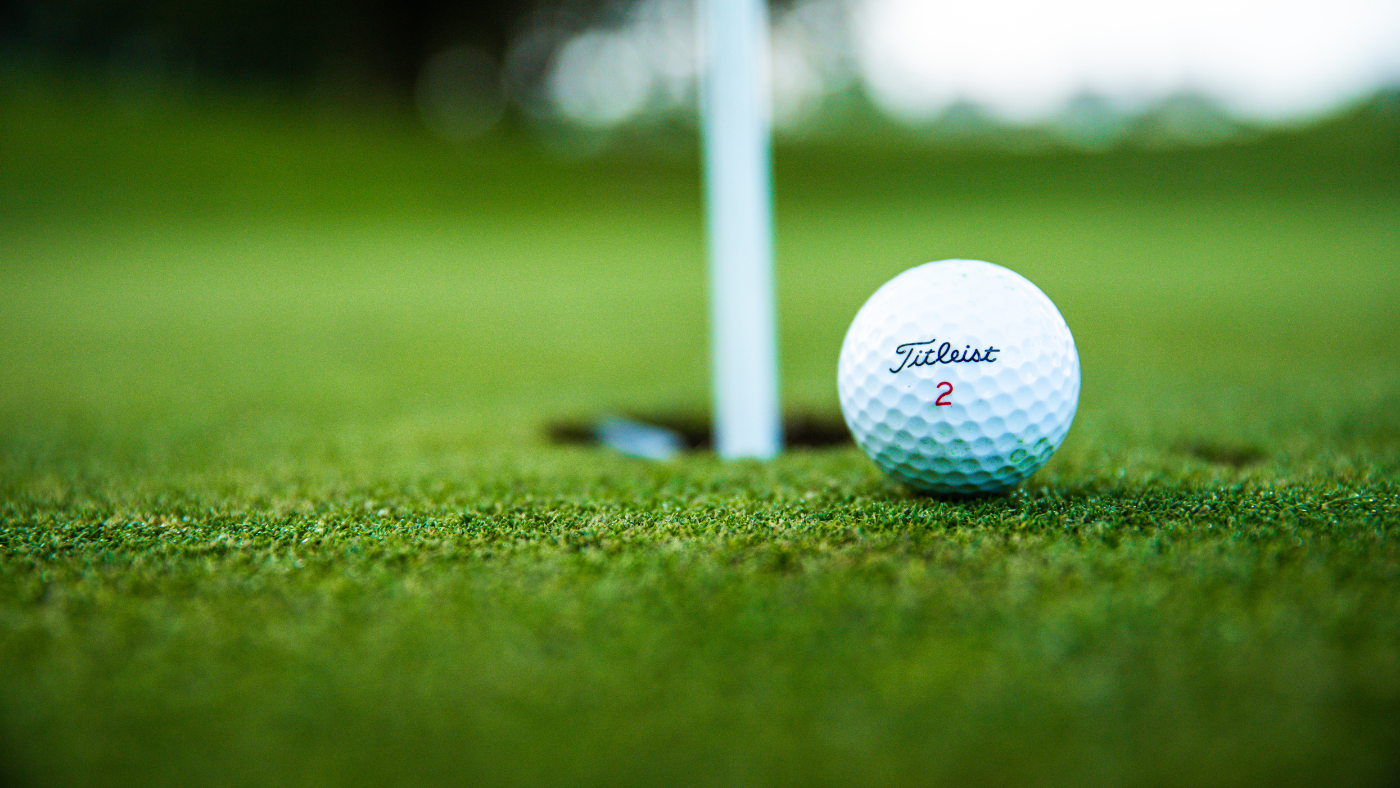 April was an action-packed month filled with many unforgettable sports highlights. From basketball, football, soccer, and baseball to golf, tennis, hockey, and boxing, I got a little bit of everything for you guys this month. Let’s get right into it all.

Let’s start with the 2022 Masters Tournament, where an event record purse of 20 million dollars was up for grabs. There, Scottie Scheffler dominated throughout, but by the final day of the event Rory Mcllory shrunk his lead to just one stroke. This beautiful shot however kept him in front; and he never looked back, winning his first major and taking home a green jacket.

The shot that crowned him champion…

Just eight weeks prior to the event, Scheffler had zero PGA Tour wins and 8.7 million dollars in earnings. Now he has four wins, 17.6 million dollars in winnings, and a number one world ranking. He also joins Jordan Spieth and Tiger Woods as the only players 25 years old or younger to win the Masters in over 40 years.

Although this month is April, it marked the end of March Madness. In the Final Four, Duke saw themselves lose 81-77 in a classic against UNC as we saw Coach Mike Krzyzewski coach his last game of his career. In their first matchup in tournament history, UNC’s Caleb Love, whose dream school was Duke, scored a game-high 28 points, including this dagger three.

Poetically, UNC also gave Coach K his first loss all the way back in 1980, another loss at his final home game of his career, and yet another now. He enters retirement with collegiate records of 1,202 wins, 13 Final Four appearances, and 101 March Madness wins; he also has five national titles which is second-most of all time. Although Coach couldn’t get the retirement gift of another national title, I’m sure he was just fine with Duke’s adorable little gift.

After UNC’s win and Kansas’s handling of Villanova, the championship game was set, and it did not disappoint. Up 15 at halftime, UNC was 46-0 in March Madness games where they led by double digits at the half; they’re now 46-1 after getting outscored 47-29 in the second half. Even so, the game still went down to this very last play of the game as everyone was on their feet.

THE KANSAS JAYHAWKS ARE YOUR 2022 NATIONAL CHAMPIONS 🏆@KUHoops #NationalChampionship pic.twitter.com/X0OXhf525p

With this win, Kansas pulled off the biggest comeback in national championship history to beat UNC 72-69 and claim their fourth title since 2008. They were pumped up about the win, and this video almost got me as hyped as them…

Coach K and Kansas weren’t the only ones ingrained in the history books this month, with both Alex Ovechkin and Auston Matthews each having historical seasons in the NHL. Just weeks after scoring his 1,400th point, just the third player to ever do so with one team, Alex Ovechkin became the oldest player to have a 50-goal season while tying Mike Bossy and Wayne Gretzky for most 50-goal seasons with nine.

Alex Ovechkin scored goal No. 50 on the season! pic.twitter.com/XcNeIu2PoQ

Auston Matthews also made history with the Maple Leafs, crushing their team record of 54 goals in a season, the NHL’s record of goals scored by an American-born player (55), and becoming only the third player this century to score 60 goals in a season. Here’s the moment that etched him in the history books alongside legends.

Although there are many impressive feats in this month’s top sports highlights, none stood out more than Rōki Sasaki’s. The 20-year-old Japanese baseball player pulled off one of the biggest achievements in all of sports, the perfect game. In the Nippon Professional Baseball League, the second-best league in the world behind the MLB, Sasaki threw 17 straight perfect innings spread across two games. In the first, Sasaki had 13 straight strikeouts, 19 total, while pitching the whole game. He then followed that up the next game with eight more perfect innings and 14 more strikeouts before he was pulled after 102 pitches. During this span, Sasaki didn’t allow a hitter to reach base in 52 straight batters, six more than the MLB record, and recorded an average 99.5 mph fastball, six more mph than the MLB average last year. Metrically speaking, his perfect game is the greatest pitching performance of all time with a score of 106, higher than the MLB record of 105. Sasaki has always been on the MLB’s radar but can not join until he is 25 years old because of international signing rules, so until then, we must wait and can only watch this amazing performance on repeat.

Klayton Kershaw must’ve been inspired by Rōki Sasaki because in his season debut, he threw a perfect game before being pulled in the seventh inning after 80 pitches, to many fans’ disappointment. Take a look at his masterful performance.

Despite not getting a chance at history, Clayton Kershaw was still magnificent today 👏

As the MLB season kicked off this month, the NBA season is winding down, with the first round of the playoffs happening. With so many incredible games and highlights, I had to dedicate a spot on this month’s top sports highlights to the top plays of the playoffs thus far. Enjoy!

JOEL EMBIID WITH THE HUGE THREE IN OT 😱 pic.twitter.com/VKpdy4HszF

The @celtics were the #1 defense in the NBA during the regular season, and they showed it on the final defensive possession of the Game 1.

Check out the full sequence leading to Jayson Tatum’s #TissotBuzzerBeater to win it! pic.twitter.com/c9CU2akJ4Y

DLo’s handle or the shot by Jaden McDaniels?#NBAPlayoffs presented by Google Pixel on TNT pic.twitter.com/YR0pSB0ZGR

*listen to the sound of the block*#NBAPlayoffs presented by Google Pixel on TNT pic.twitter.com/ZwM0HafnLh

Enjoy the best plays from the NBA playoffs so far? Well here’s the best the NHL has to offer in April…

Trevor Zegras scored another lacrosse-style goal and it was just FILTHY 🔥 pic.twitter.com/PioFeTxFwK

Brady Tkachuk scores his second of the night! pic.twitter.com/54ROX4MoZV

With some amazing scores on your mind after watching that last batch of sports highlights, check out these spectacular goals from the corner.

Staying in the soccer world, the Champions League semi-finals are underway, and it cannot get more exciting. With Liverpool taking on Villareal, Villareal’s first semi-finals appearance in 16 years, Manchester City found themselves matched up against Real Madrid. In a wild back and forth game, Manchester City managed to outshine Real Madrid, winning the first leg 4-3. What a game!

It only seems fitting to cap off this month’s edition of sports highlights with possibly the last fight of Tyson Fury’s career. Facing off against Dillian Whyte in front of a record 94,000 people at Wembley Stadium, this was Fury’s first fight at home after five consecutive ones in America. In his return home, Fury looked better than ever, out-boxing Whyte throughout the fight before knocking him out with an uppercut in the final seconds of the sixth round.

What a punch! @Tyson_Fury pic.twitter.com/mF7PaVsZwI

This win extended Fury’s knockout count to 23 and his record to 32-0-1, and although pledging to retire after the fight, I, and I’m sure the whole boxing world, are hoping we can see this legend fight again. For now, though, we’ll just have to enjoy his customary serenades.

A @Tyson_Fury fight night doesn’t end without a sing-along! 🎶

*Bonus*- Back to Back

THE FUTURE IS HERE 🇪🇸

The moment @alcarazcarlos03 overcame Carreño Busta in Barcelona to win his third title of the season…#BCNOpenBS pic.twitter.com/YAavIVFG9x

Fair to say, he deserves a little celebration even if he still is underage in America 🙂

If you enjoyed this sports highlights roundup, check out the best bits from March.

WSC Sports automates the creation and distribution of highlights for over 200 leagues and broadcast partners across the globe, including the NBA, NHL, ESPN, YouTube TV, Bundesliga, DAZN, Tencent, and Bleacher Report.