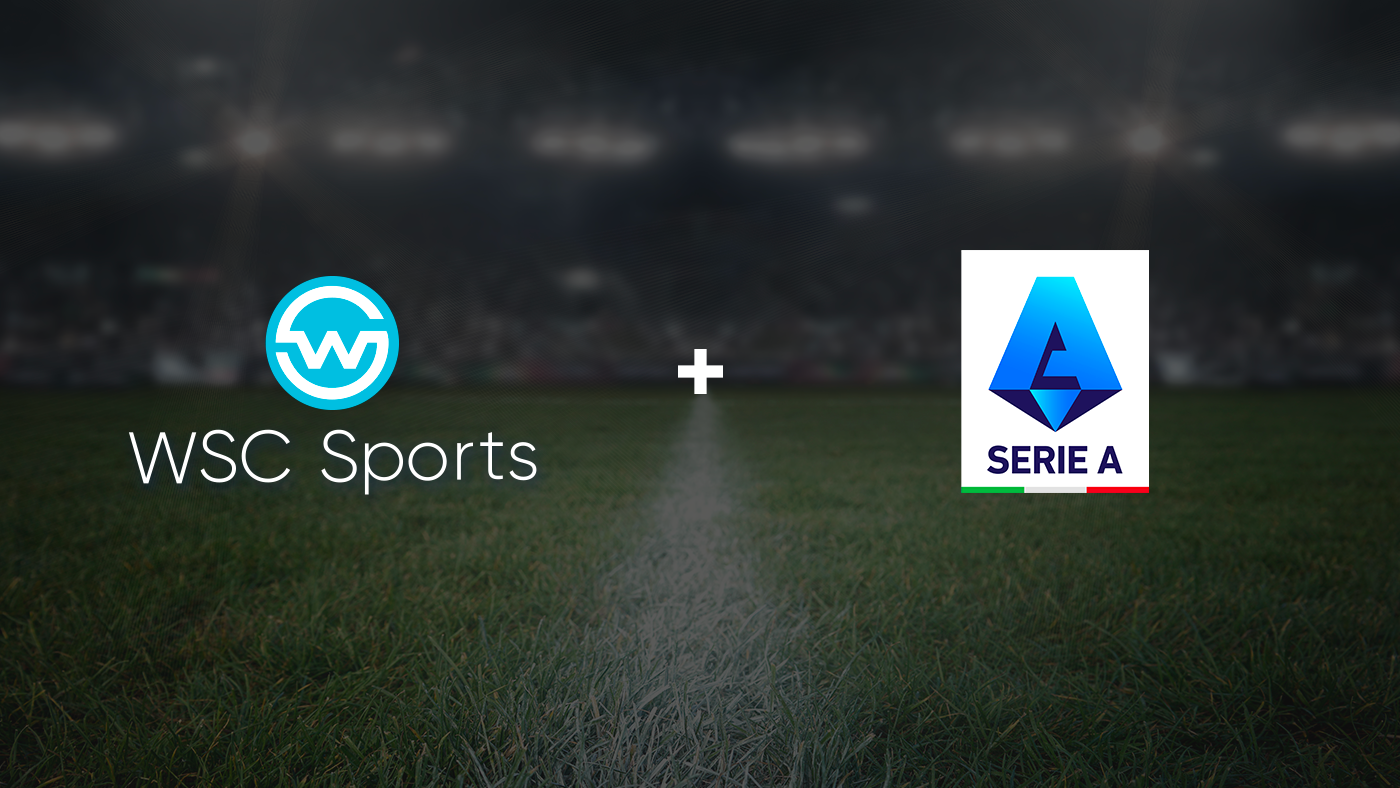 Lega Serie A, the top football league in Italy and one of the world’s elite football leagues, announced today a three-year partnership with WSC Sports, the global leader in artificial intelligence (AI)-driven sports video technology, to automatically create highlights in real-time of all Serie A, Supercoppa Frecciarossa, and Coppa Italia Frecciarossa matches.

WSC Sports’ machine learning technology analyzes actions as they happen, indexing, cropping, and applying graphics to videos. Lega Serie A will be using WSC Sports’ full suite of automation tools to capture every moment within a game and then automatically create and distribute video highlights, in real-time and at scale. Automated Serie A match highlights will be published across the league’s social media channels and other digital properties. By utilizing AI technology, more content will be available to fans in Italy and around the world, bringing them closer to the action in real-time to their favorite players and teams.

Lega Serie A has been successfully using WSC Sports since early 2022 to increase the number of views and engagement of their video content. During this time Lega Serie A content has seen record numbers in terms of views across their owned and operated platforms.

“We are extremely pleased to announce this partnership with WSC Sports,” said Lorenzo Dallari, Editorial & Social Director of Lega Serie A. “Thanks to this agreement, we’re able to continue the development plan for our social and digital platforms, which have now surpassed a total of 21 million fans who follow us regularly. In particular, Lega Serie A’s YouTube channel alone has recently reached 8 million subscribers, confirming it as the channel with the most subscribers among football leagues worldwide, and thanks to this agreement it will be further enriched with new videos. We are confident that in collaboration with WSC Sports we will be able to provide fans with increasingly engaging and innovative content, and to all 20 clubs in Lega Serie A, a cutting-edge product to expand their social media offering.”

“It’s an honor for us to be working with one of the biggest football leagues in the world, helping Serie A innovate their content workflow to better engage with their passionate fans. This partnership enables Serie A fans to be able to consume match content as soon as it happens on any device. We look forward to working together to push the boundaries of how content can connect fans with the teams and players they love,” said Ben Mirvis, Business Development at WSC Sports.

WSC Sports adds the Lega Serie A to its ever increasing portfolio of football clients around the world which, to name a few, includes Bundesliga, Real Madrid, the English FA and the recent partnership with the Italian Football Federation (FIGC).

WSC Sports automates the creation and distribution of highlights for over 200 leagues and broadcast partners across the globe, including the NBA, NHL, ESPN, YouTubeTV, Bundesliga, Italian Football Federation (FIGC), and DAZN.

About Lega Serie A

The Serie A Championship is the premier football division in Italy and is one of the world’s elite football leagues. Since Serie A’s inception the Ballon d’Or has been awarded 18 times to players of Serie A Clubs. Furthermore, of the 66 UEFA Champions League finals that have been played, 27 of them have involved Serie A Clubs, making Serie A amongst the most highly important leagues in Europe. Italian Clubs also lead the way in terms of European competition titles (UEFA Champions’ League, UEFA Europa League and UEFA Supercup), with 30 total victories. Lega Serie A also runs Coppa Italia Frecciarossa and Supercoppa Frecciarossa and important youth football competitions such as Primavera 1 TIMVISION, Primavera TIMVISION Cup and Supercoppa Primavera TIMVISION.