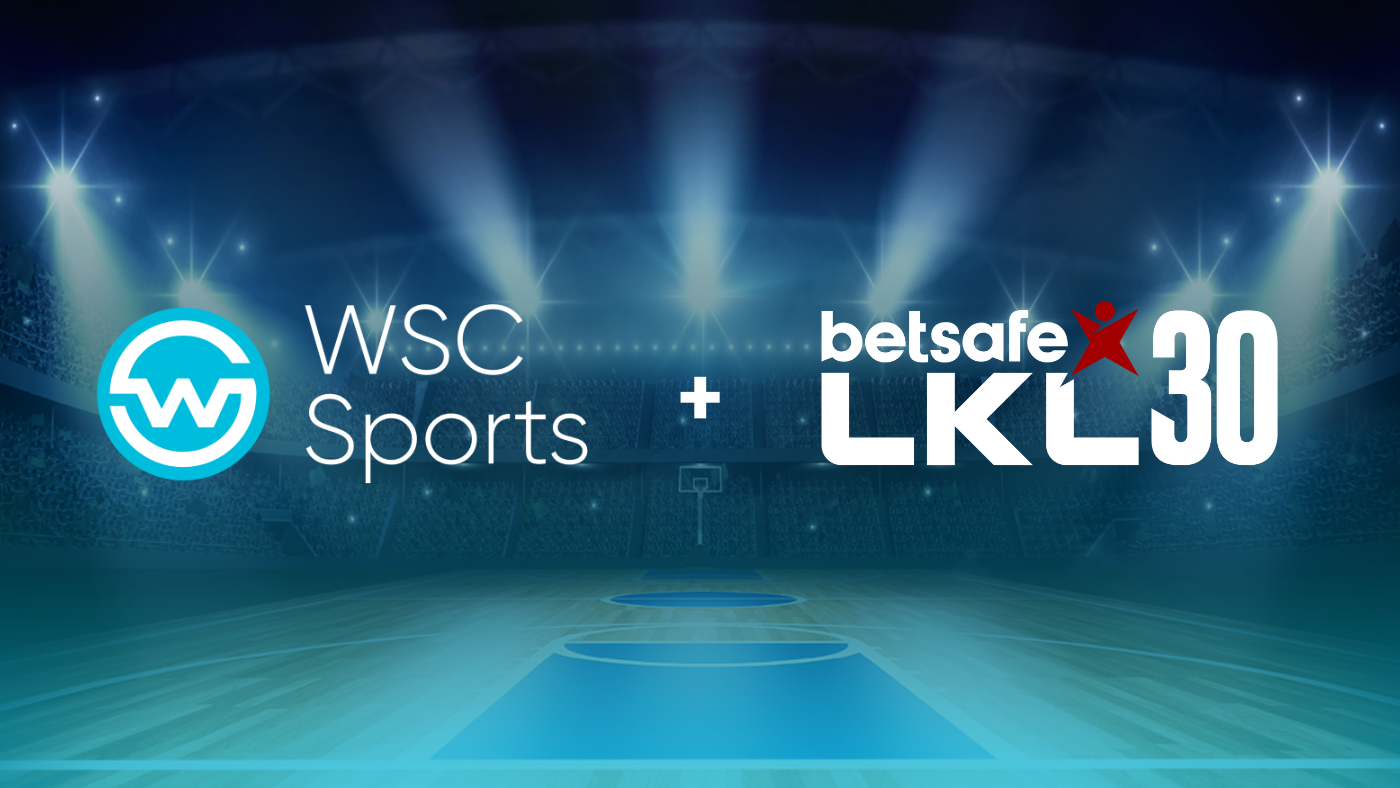 Celebrating its 30th season, the Lithuanian Basketball League (Betsafe LKL) has announced a wide-ranging initiative to enhance the fan experience. The plans involve modernizing the league’s visual identity and welcoming new teams to its ranks, as well as improving access to unmissable moments by utilizing WSC Sports’ AI-based highlights technology.

Since the start of the 2022-23 on 24 September, WSC Sports’ machine learning algorithms has been analyzing and indexing every action that takes place on the court. Throughout the season, the technology will automatically generate personalized highlights from every Betsafe LKL game to share with fans across the league’s digital channels.

Following last season’s tightly-contested playoff final, which saw Vilnius Rytas end Žalgiris Kaunas’ 11-year spell of dominance, fans will be hoping for another competitive campaign. The partnership will ensure that the best moments are immediately accessible on more platforms than ever before. WSC Sports’ solution will also enable Betsafe LKL to create localized content, which will be shared with competing teams to distribute across their own channels. Featuring the teams and players fans love most, these personalized clips will also drive viewership and engagement for the league’s media broadcast partners.

Additionally, the 30th anniversary initiative will see Lithuania’s top-tier basketball league expand to 12 teams, with last year’s National Basketball League champions BC Gargždai and the newly-formed BC Wolves invited to compete in the 2022-23 season, while the number of games broadcast on BTV TV will also increase significantly. The league’s visuals have also been revamped to reflect this new phase for Betsafe LKL.

“The Lithunian Basketball League has seen its profile grow significantly over the past decade, culminating in the historic agreement of its first foreign TV broadcasting rights deal just a few seasons ago. As Betsafe LKL turns 30, its growth shows no sign of slowing down, as highlighted by this new partnership with WSC Sports. Our technology will provide further excitement to fans and engagement to the league’s broadcasters and sponsors, while continuing to draw attention to the buzz of Lithuania’s premier basketball competition,” Ido Ratzon, Business Development, EMEA for WSC Sports said.

Basketball ranks as Lithuania’s most popular sport. Last season, the Betsafe LKL finals were watched by more than one million Lithuanians, placing it among the most watched sports broadcasts of the year.

Betsafe LKL is the premier professional men’s club basketball league in Lithuania. It is composed of 12 teams, and it is a member of the Lithuanian Basketball Federation. The best LKL clubs are also annual participants of the top European-wide basketball competitions, including the top-tier level EuroLeague.

On April 22, 1993, the Lietuvos krepšinio asociacija (English: Lithuanian Basketball Association) (LKA) was founded. It was the first professional sports organisation in Lithuania. Lietuvos krepšinio lyga was built on the foundation of the LKA. Former basketball player Šarūnas Marčiulionis is named as the founder of the league. He was the first president of the LKL and served from 1993 to 2002. Remigijus Milašius is the current president of the league since 2013. The league’s headquarters is located in Vilnius. A total of 28 teams have competed in the LKL since its inception. Only two teams have been crowned champions, with Žalgiris Kaunas winning the title a record 23 times and Rytas Vilnius six times. onal men’s club basketball league in Lithuania. It is composed of 12 teams, and it is a member of the Lithuanian Basketball Federation. The best LKL clubs are also annual participants of the top European-wide basketball competitions, including the top-tier level EuroLeague.

WSC Sports automates the creation and distribution of highlights for over 250 leagues and broadcast partners across the globe, including the NBA, ESPN, YouTubeTV, Bundesliga, LaLiga, EuroLeague, and DAZN.