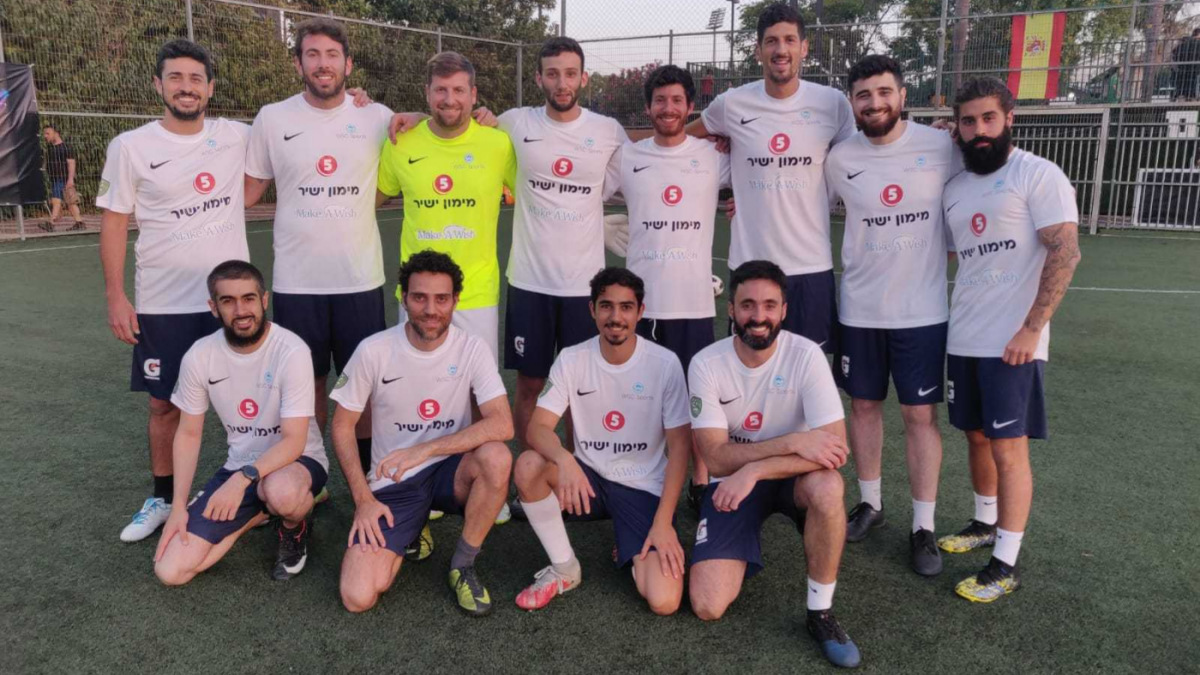 Here at WSC Sports, we take sports very seriously. So seriously, in fact, that we dedicated a whole month to one! From tournament games to viewing parties, June was a month to remember as we celebrated the sport of soccer. ⚽

To kick things off, our CEO Daniel Shichman, alongside our special soccer mascot, announced the month’s soccer theme, and all the exciting events ahead, during our bi-weekly company huddle at the start of June.

Our ‘soccer month’ was centered around a key inter-company competition: the Tech-a-Wish Charity Soccer Tournament! To mark the presentation of our team for the tournament (which comprised staff from almost every department), we held a scavenger hunt in our awesome sports-themed office. Each department had one goal, to find all of the trading cards hidden around the office. These weren’t just any cards, they depicted players from WSC Sports’ Tech-a-Wish soccer team! 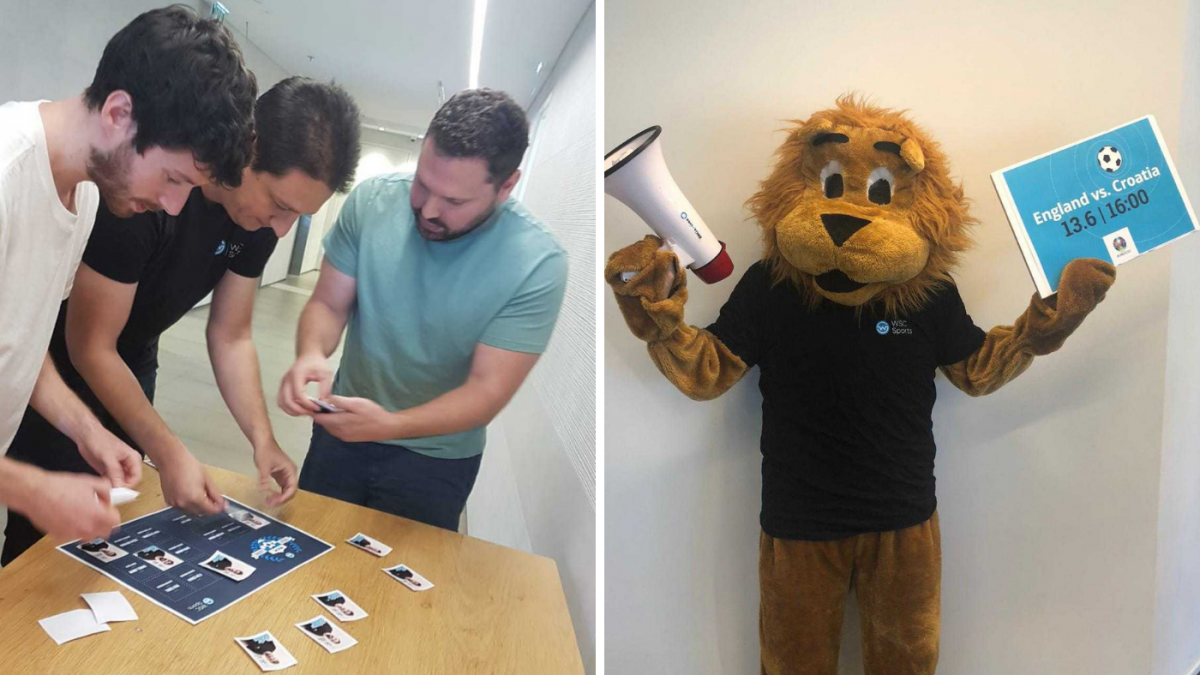 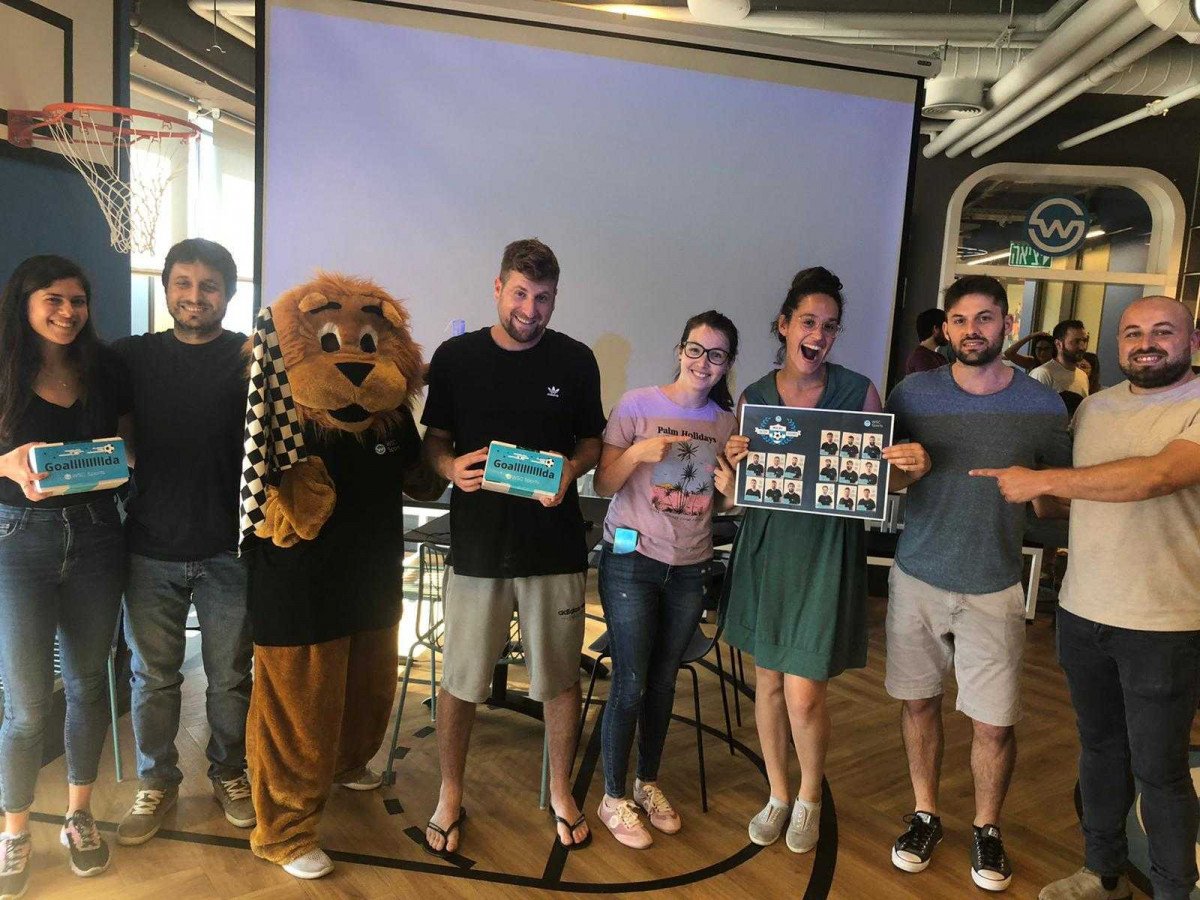 Now back to the main event: the Tech-a-Wish soccer tournament. The WSC Sports cheerleaders were out in full force to get the team pumped and it worked to good effect as the team went on to win their first three games and reach the tournament’s quarter-finals! Spearheading the attack were our captain, Liron Levran (Training Supervisor), and Avishay Hadar (Back End Developer), scoring four goals each. 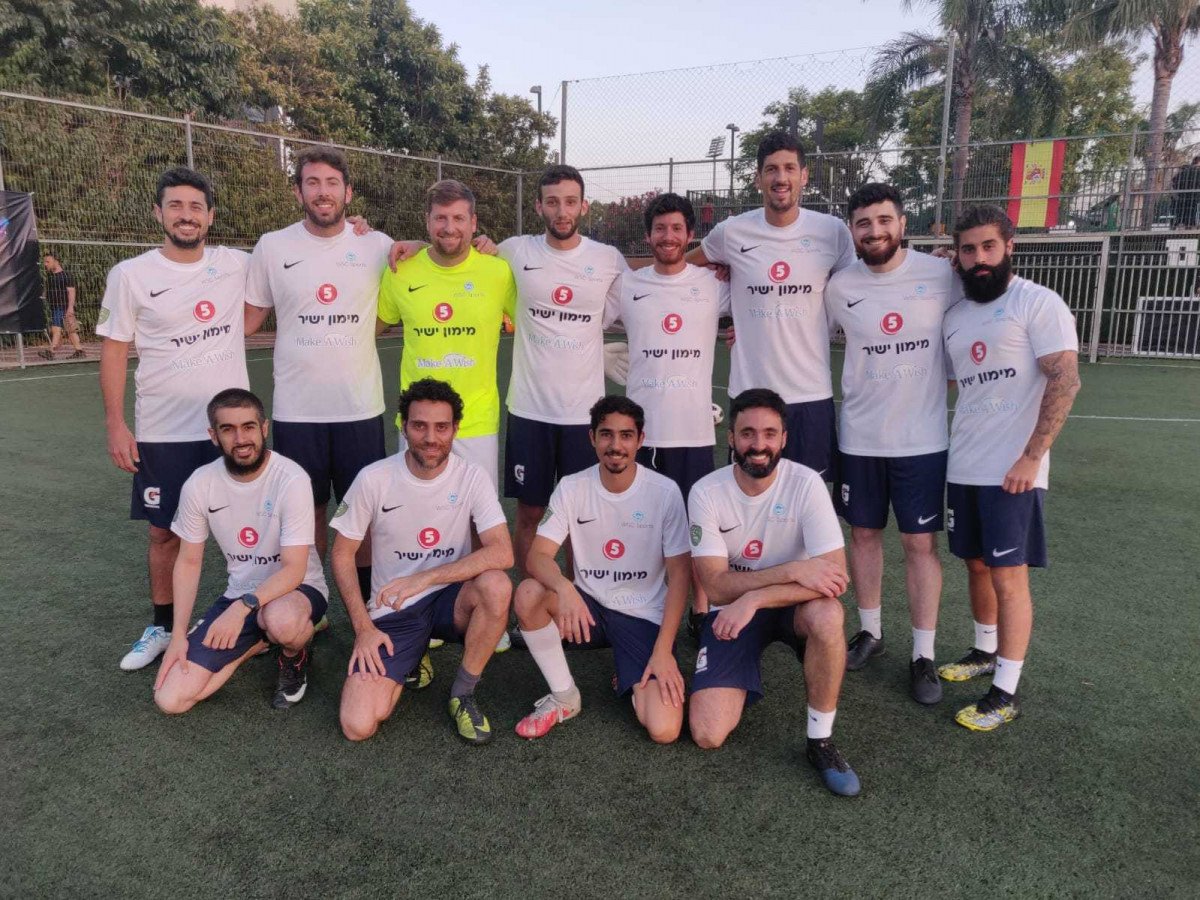 Check out the GoPro highlights video Liron put together of the tournament!

To coincide with the WSC Sports soccer month, it was a really nice touch from UEFA that they decided to hold the postponed 2020 Euros in June! And to celebrate finally being able to gather together in person, each employee was invited to bring a plus-one to a viewing of the Euro 2020 match between England and Croatia. Our wonderful employees and their relatives enjoyed a great night of pizza, beers, and great conversation while watching England win 1–0. #ItsComingHome! 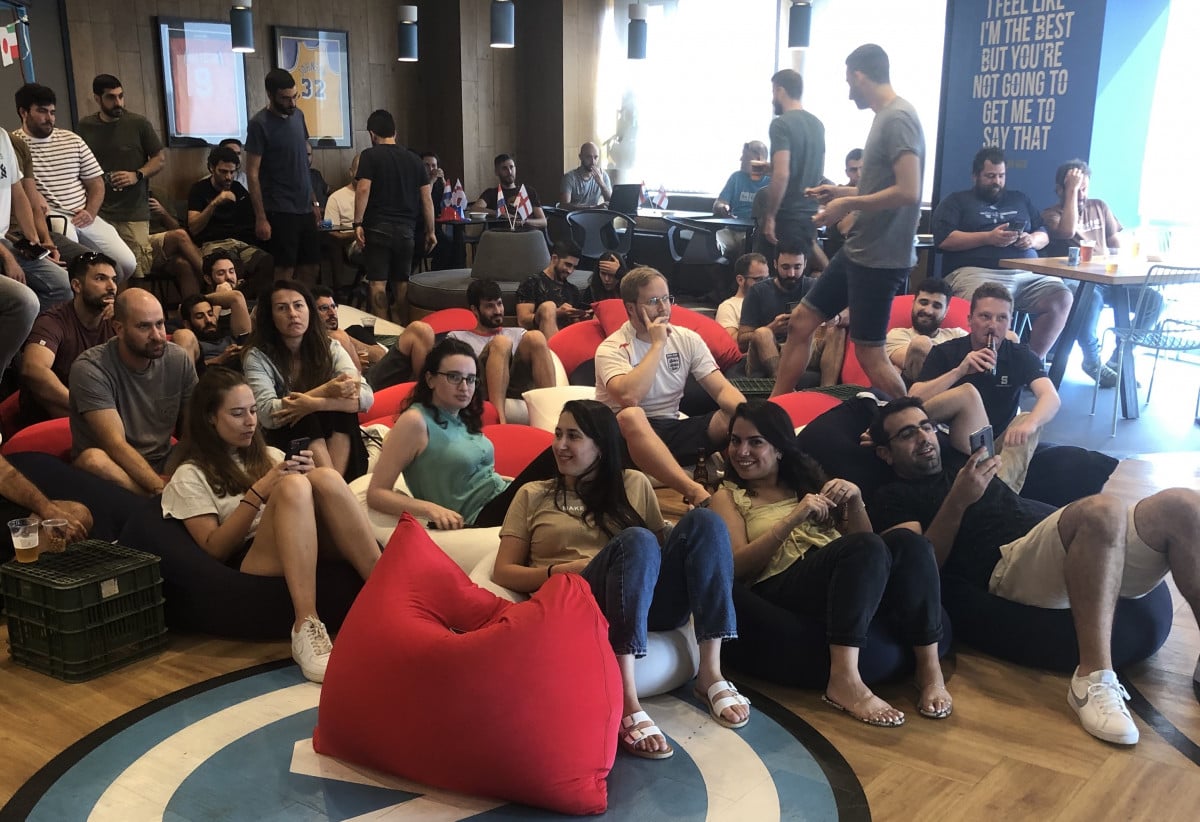 To cap off the action-packed month, we gathered for a two-day long uber-competitive FIFA tournament. Taking home the glory, and an awesome World Cup Trophy, were our winners: Chen Arnon (Accounts) and Moshe Fargon (Customer Support). 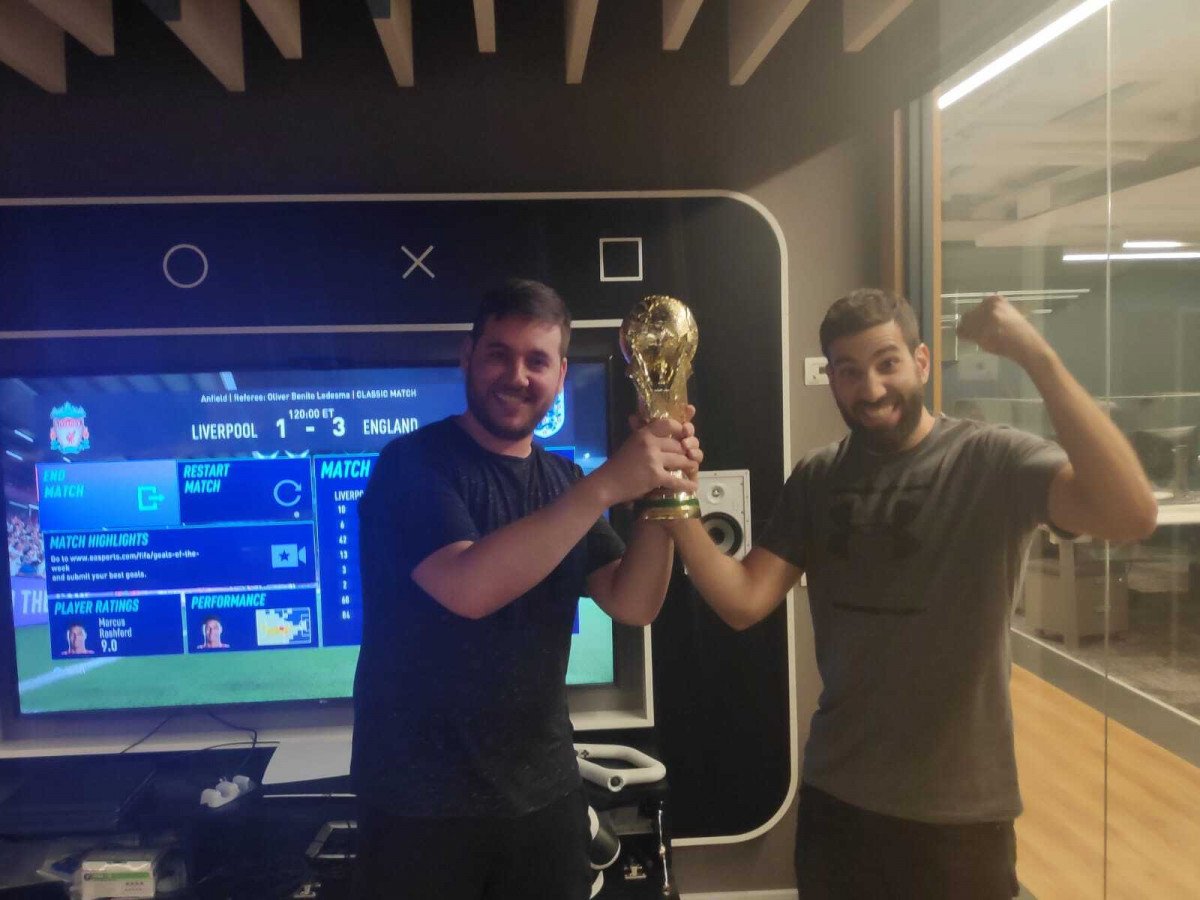 If you enjoy FIFA, Jorkyball, and an all-star work environment, it’s time to apply for one of our many open positions to work with us. We’re sure you’ll find something you like, so have a look at the WSC Sports careers page.