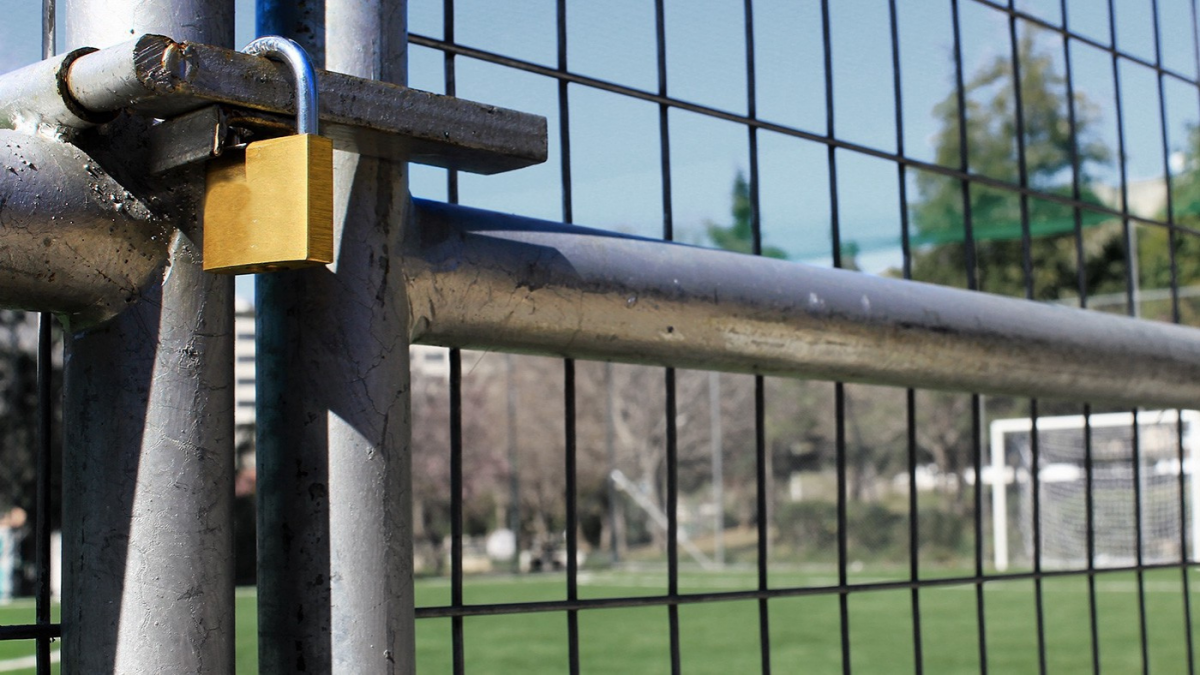 Due to the Coronavirus pandemic almost all global sports have been canceled or suspended indefinitely. This has not only left fans feeling empty but for teams, leagues, federations, and sports broadcasters it’s created a massive problem – a lack of content to fill their regular programming, websites, apps or social media pages.

So what do you do when you suddenly have no fresh content? Here’s a look at some of the best examples from around the globe since the sporting world came to a sudden halt.

Digging Deep in the Archives

Some games are just too good not to show again from start to finish. Let’s face it, we all have a bunch of extra time on our hands now and no place to go, so re-watching footage from the archives makes perfect sense, so sit back and enjoy!

Cricket Australia picked a classic game from the 90s, Australia vs New Zealand, featuring legends like the king of spin bowling Shane Warne and streamed it on YouTube. 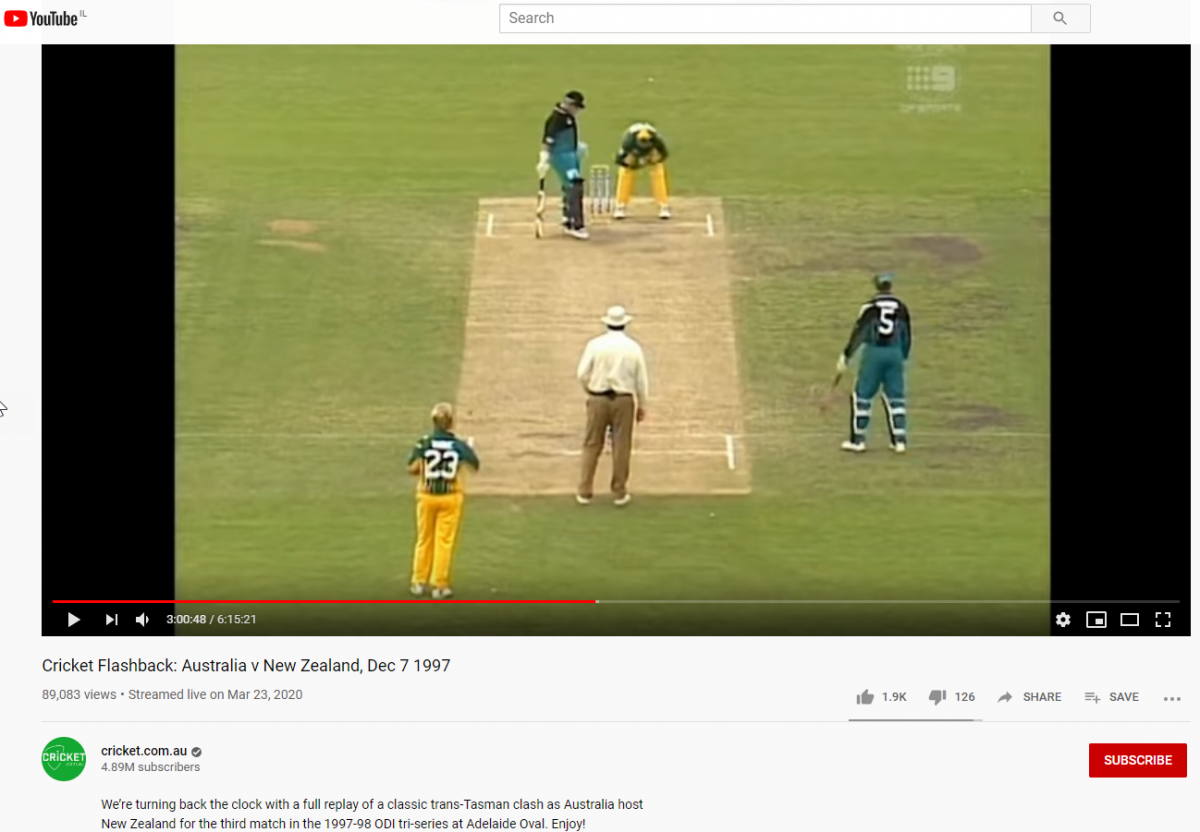 During the stream Cricket Australia tweeted dozens of highlights in sync with the broadcast on their Twitter account. These bite-sized highlights acted as a sort of real-time commentary from the test match itself to really help bring fans into the game. 🏏

With two balls to spare! Whew, what a classic. #AUSvNZ97 pic.twitter.com/7GTbdFfJyJ

Sunshine, awesome beaches and of course giant waves. That can mean only one thing…The World Surf League. Every few days the WSL has been keeping us smiling by streaming full-length competitions from the WSL Vault on their YouTube channel featuring legends like Kelly Slater… 🏄‍♂️

The NHL has gone all-out to keep hockey fans entertained during these social distancing times by releasing NHL Pause Binge. It’s a free on-demand streaming service that can be found on their website and app which allows fans to view hours (and hours) of archive content including classic matches, documentaries and more. 🏒 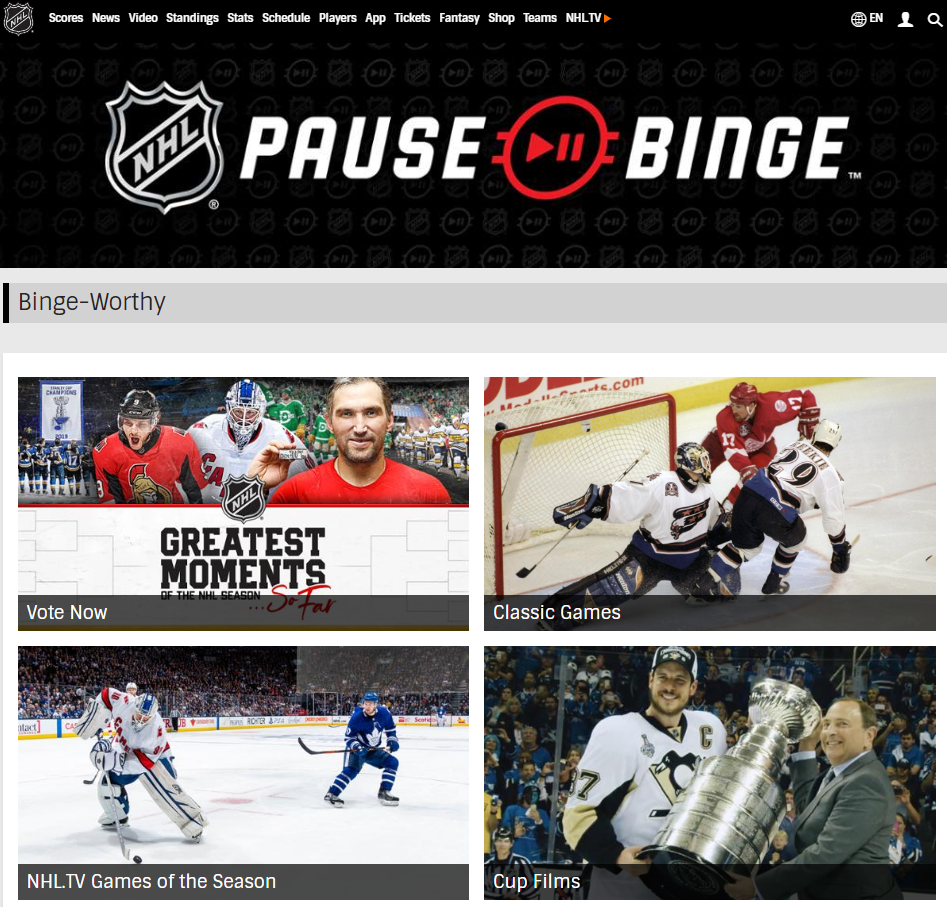 Getting Creative With Highlights

Here, at WSC Sports we’ve seen a significant rise in production, with various sports media bodies producing thousands of highlight videos from their archive content in recent weeks. Here’s a small selection of such content that we thought you’d enjoy…

France’s LNB used a multi-video post template to complete their own online knockout bracket competition based on fans voting for the best dunk. The dunk with the most votes completes the bracket and moves to the next round. Check out the Twitter thread…

MLS have also been getting creative on social using their archive content. Here’s Zlatan Ibrahimovic’s LA Galaxy debut goal heard all around the world…

Zlatan Ibrahimović’s debut goal with @LAGalaxy was spectacular in every language. 🌎 pic.twitter.com/z1RQplYrwY

You’re probably thinking ‘where’s the NBA?’ on this list. Well, of course, they haven’t been disappointing fans either. Among the many creative highlights they’ve put out in the past few weeks here’s one long-form video that you’re sure to enjoy…

Moving away now from highlights and archive content, we’ve seen teams and leagues explore what they can do with their sport, both remotely and safely. The outcome has been a shift from the real world to the virtual world.

The NBA’s Phoenix Suns have been delighting their fans recently by putting together a series of virtual games played out on the NBA2K video game. The first of these match-ups saw the Suns take on the Minnesota Timberwolves with the Sun’s Ty Jerome and Wolves’ Josh Okogie at the controls for their teams. The game was live-streamed on Twitter and racked up an astonishing 3.1 million viewers!

Germany’s top football league the Bundesliga has been keeping fans entertained by pumping out plenty of highlights from their archive, and additionally, they have launched Virtual Bundesliga.

Each team from the league had two professional club players representing their side from the comfort of their own home in a round of FIFA matchups that were streamed on the Bundesliga’s YouTube channel.

United Soccer League has also pivoted to eSports, but forget FIFA tournaments, they’ve opted for eSport favorite Rocket League. USL players, fans, celebrity supporters, and team owners from each of the 32 teams will be competing to raise money for charity for those affected by Coronavirus. Each game will be streamed live on ESPN 3 and the ESPN app, with additional coverage on the USL’s official website.

Getting the Fans Involved

Even though we’re confined to our homes we’ve got to stay active.

Luckily FIBA has been working with trainers to help you hone your skills while you’re stuck at home. This tutorial helps you work on your footwork and teaches you how to shoot like Dallas Mavericks star Luka Dončić.

The FIVB has also been lending a helping hand by sharing how professional volleyball stars are training from home.

And here’s some workout ideas from the WSL…

The Spanish Basketball League, Liga ACB has joined in on the home videos front. Baskonia’s Sergi Garcia has done a #stayathome mashup combined of the toilet paper ‘keepy uppy’ challenge, with ‘the floor is lava’, ‘home parkour’ and ‘sock slam dunk’! It’s actually probably best you don’t try this one at home. 😂

In these sport-less times of isolation, we’ve seen a truly amazing response from the sporting world. They’re filling the gaping content void by being creative and being quick to adapt, listening to their fans and pioneering new technology and exploring areas, that they probably never thought their sport would go and seeing amazing results in the process! They’re really helping us sports fans keep going until this all blows over and we can get back onto the pitch, court, board or whatever it is you love. ❤️