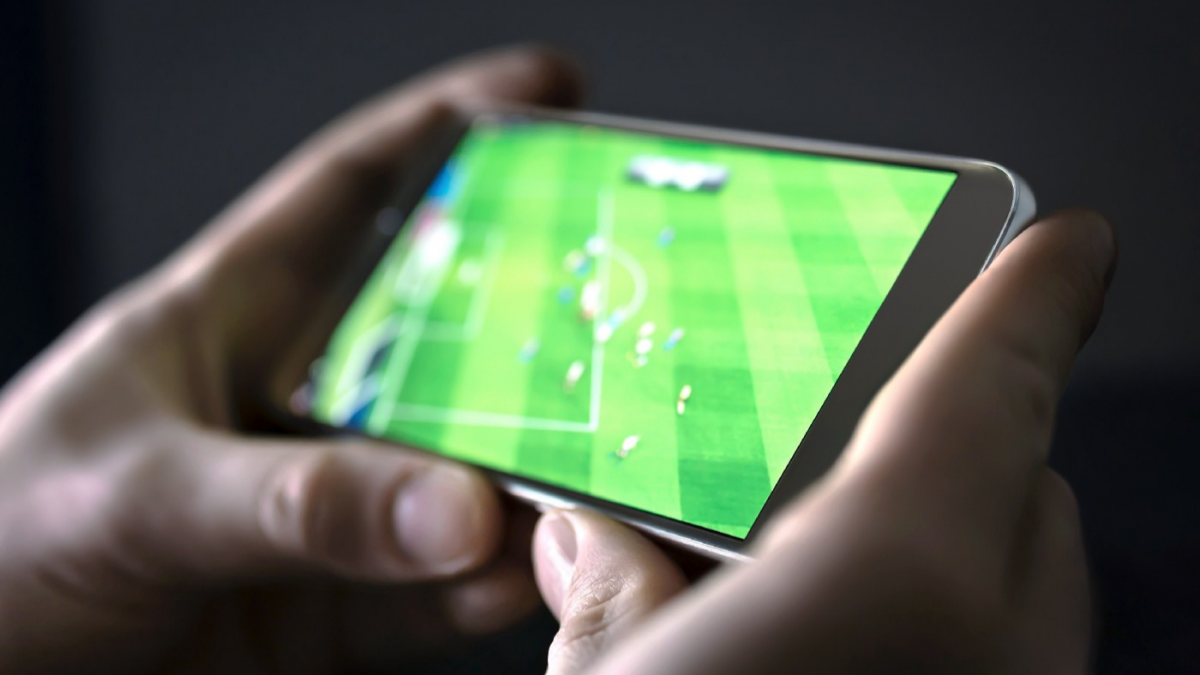 How fans consume sports is changing rapidly before our eyes. The traditional days of gathering around the television and watching games or staying up watching programs like ESPN’s SportsCenter are coming to an end. A new wave is already here, and the facts are undeniable: younger fans prefer highlights over full games.

The rate at which short-form content and highlights are growing cannot be ignored. With the sports media rights market continuing to expand and grow in its value, the same can be said about short-form content.

A report by Two Circles projects that by 2024 the sports media rights market will continue its steady rise to be worth $60.9bn, up 29% from where it was in 2019, with the value of live rights estimated to grow by 18.7%. Yet, the most interesting finding from the report is that the value of short-form highlights rights is forecast to grow at a staggering rate of 71.15%, rising from $5.2bn in 2019 to an estimated $8.9bn by 2024! 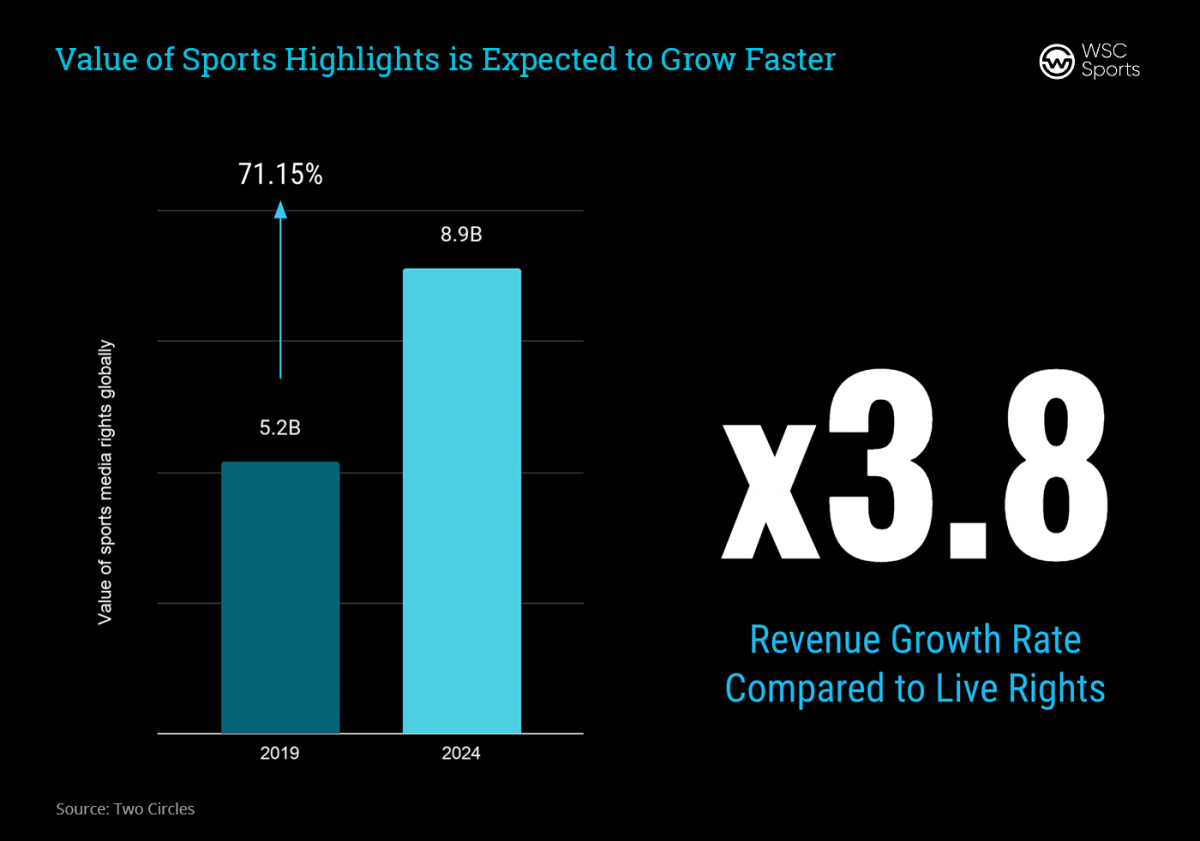 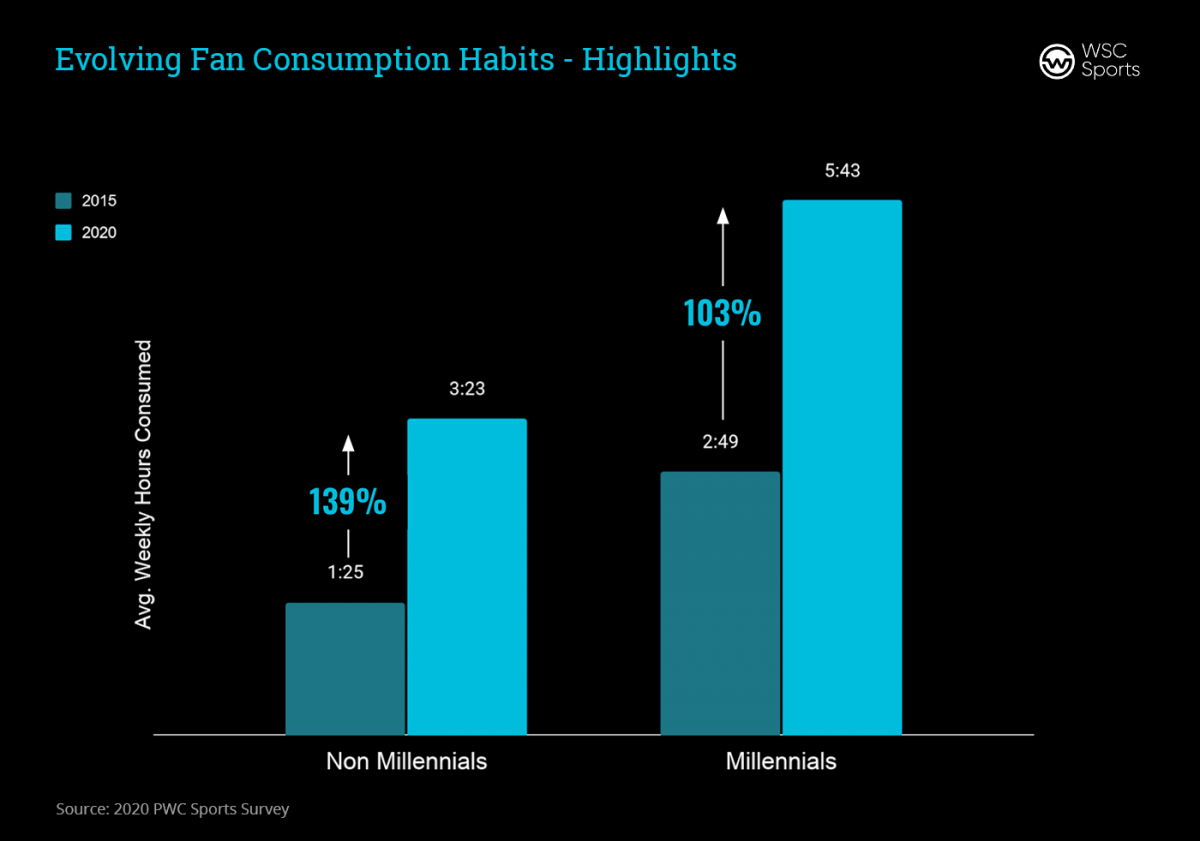 So What’s Driving This Dramatic Rise in Value?

Well, like most things around the world, it’s demand that’s driving it skyhigh! So who’s watching what? A recent report by Variety shows a shift in sports consumption in the younger demographic. Using data gathered by the Maru Group, the results were broken down into three different demographic age groups. 18-34, 35-49, and 50+. These were then sorted between NFL fans, MLB fans, and NBA fans. What these results show is a groundbreaking shift in consumption by younger audiences. 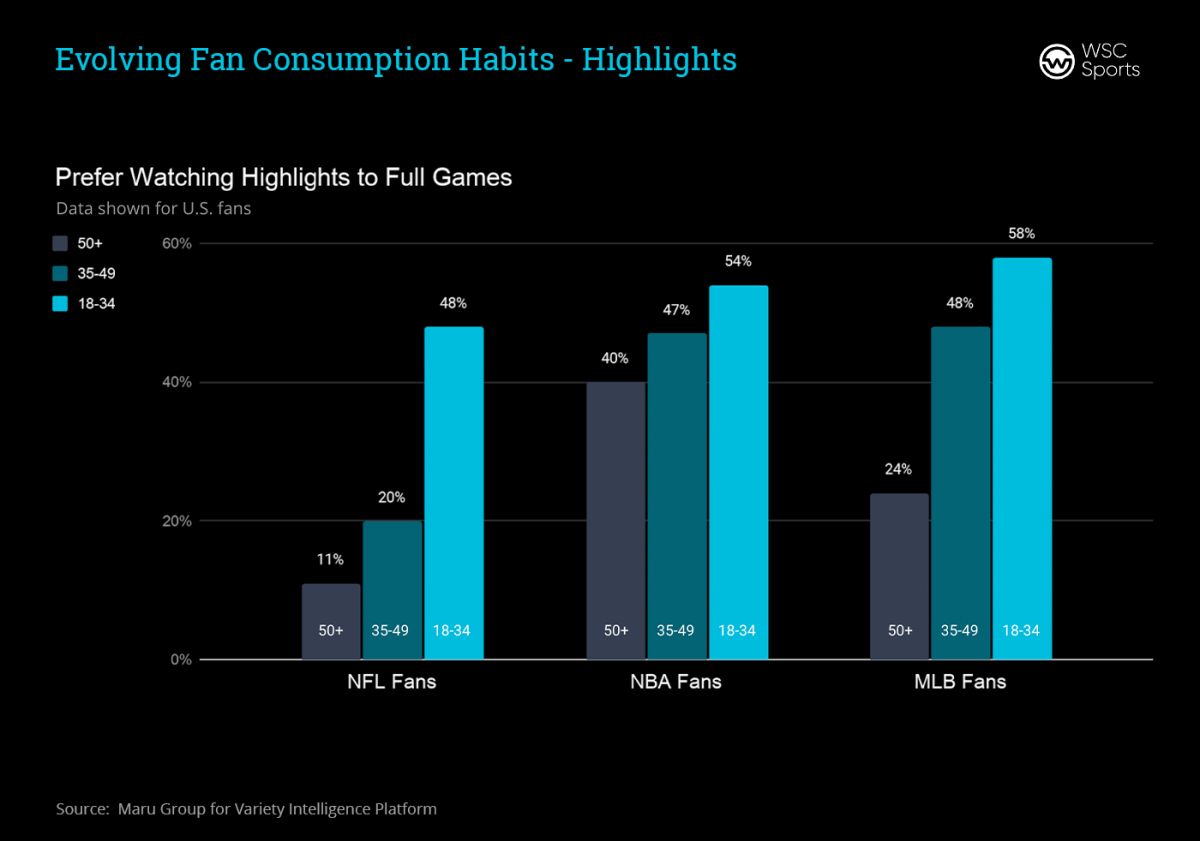 The report shows that many fans struggle to watch the regular season due to distractions from social media and streaming services to name a few. Another reason for the drop off is that some fans feel that some league’s playoffs go on for far too long. This feeling is across all three demographics, not just the younger group.

To keep up with the demand of modern sports fans and appeal to younger audiences some sports have even adopted ways to speed up games and seasons. For example, the England and Wales Cricket Board created the T20 or Twenty20 cricket variant, limiting the match to just 20 overs per game.

The result is a game that finishes much quicker than traditional test cricket. This means that cricket boards have recognized that the attention span of people, particularly younger people, is not as long as it once was. Of course, not every sport can realistically even be changed and if the concept seems doable, it’s very hard to win fan support for such drastic changes. However the fact remains, fans want ‘quicker’ and people are starting to take notice.

Do Fans Still Care About the Games?

Well of course they do! Large numbers of fans still love watching their favorite leagues and every second of the action in real time. Despite the shifts in viewing habits, fan engagement has not wavered, even among younger fans, during the rise in demand for more short form content. The reason for this continued engagement is that there are other ways to engage fans.

New technologies have enabled teams and leagues to bring action to their fans faster than ever before. By reaching fans on many different devices and platforms, especially offering them personalised content has helped keep modern fans happy and engaged. Additionally activities like video games, gambling, and fantasy sports have allowed fans to enjoy the games they love without watching the full event. Fans still follow players and teams but through these other platforms.

In an SVG article , Hania Poole of Turner Sports talked about the importance of embracing what the fans want, short-form content:

“While our core is video — and that’s the cornerstone — [we wanted to determine] what is a meaningful experience with other fans in these platforms,” says Poole. “We are closely evaluating that as the landscape changes.”

Poole is saying that as a rights holder, despite what their mainstay is, industry shifts and fan demands are becoming essential to understand and adapt to. The bottom-line: right’s holders must give the fans what they want and how they want it.

“Frankly, it’s not that the live game doesn’t matter anymore; it’s [that the] people in those experiences and how they connect with each other matter even more.”

What Does This All Mean?

The growth of fan consumption of highlights and short form content and the decline of modern/younger fan’s desire to watch full live sporting events in their entirety has created a massive shift within the sports media landscape. As sports media has evolved through the years, rights holders who are proactive and embrace change will thrive, while those who reject it will falter. This shift is not a brief trend but rather the next evolution of fan consumption.

The challenge for rights holders now and in the years to come is how to best exploit the opportunities that short form content can offer to both engage with fans and provide new forms of revenue.