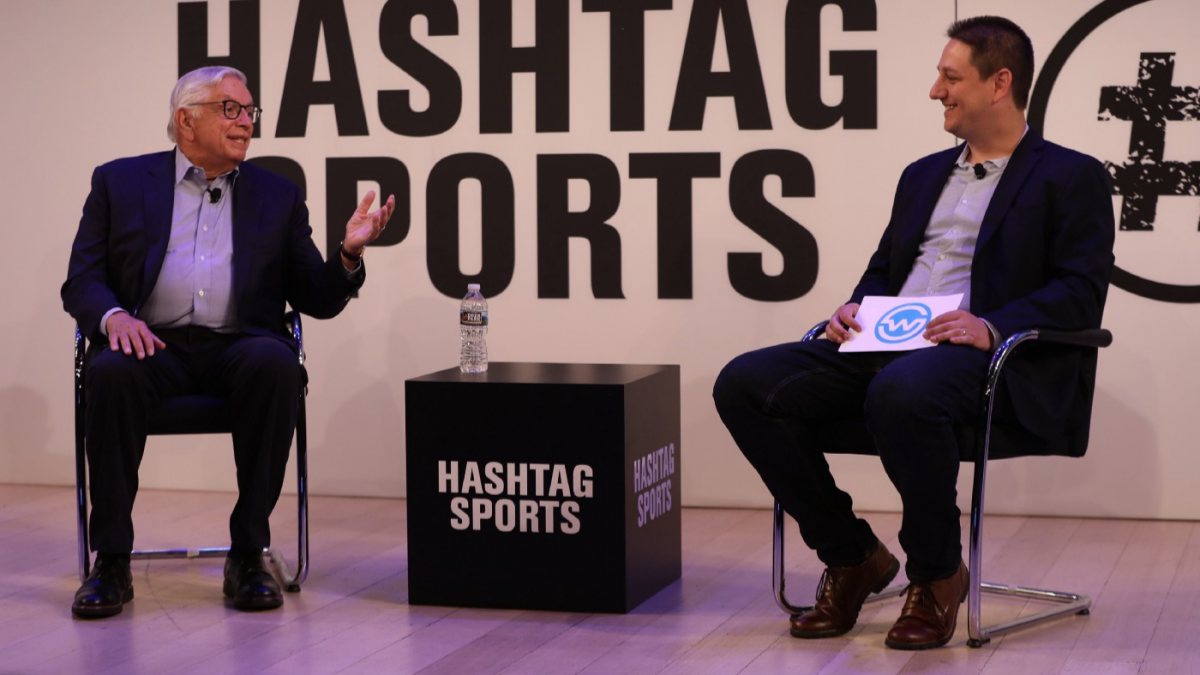 It was an exhilarating talk, as Stern is famous for. Here are the highlights from NBA Commissioner Emeritus David Stern and WSC Sports Co-Founder & CEO Daniel Shichman’s one-on-one chat about technology’s role in sports.

NBA Commissioner Emeritus David Stern showed off his innovative and humorous sides at the Hashtag Sports Conference at TheTimesCenter in New York. The former head of the NBA joined WSC Sports’ CEO Daniel Shichman for a one-on-one interview about “Technology’s Role in Maximizing Engagement and Driving More Personalized Sports Consumption.”

Since leaving the NBA, Stern has immersed himself in hi-tech as an investor and advisor for various startups. During the discussion, Stern pulled out an impressive list of the companies he works with, many of which are having major impacts on the sporting world, including WSC Sports, which he recently joined in an advisory role alongside former EVP of Digital Media, ESPN, John Kosner.

Shichman and Stern talked about his new position as an advisor since leaving the NBA after 30 years.

“You finished your role with the NBA, and you’re doing many things … you decided to work with startups as an advisor hands on and as an investor, what excites you about it?” asked Shichman.

“What excites me about it was to sort of gauge for myself and learn for myself what the next generation of viewing was going to be,” explained Stern, who continued to detail the impact the companies with which he works have on the industry.

Many of the startups for which Stern serves as an advisor are active in the sports content business, one which is constantly evolving to align itself with the modern day sports fan.

When asked by Shichman about the role of short-form content, Stern reiterated that video is still “key to engaging people.”

“Video has a special draw and it is, in my view, one of the things that WSC does so well, video highlights. There’s nothing that tempts a fan or incentivizes a fan to turn on a TV set or switch the channel as a video highlight.”

How fans watch games will also undergo a transformation, stresses Stern, one that’s already in the works.

“What’s going to happen on a global basis, [is] the ability to listen to games on League Pass or whatever you listen on, whatever sport, you’ll be able to choose the language in which you want to hear it, your own announcer.”

According to Stern, when it comes to the future of broadcasting there will be a lot more action on the side of the FAANGs (Facebook, Amazon, Apple, Netflix, Google). He predicted their involvement in sports even before he stepped down as the Commissioner, and those who were most attentive were Disney, Time Warner, and Fox — who he says then struck longer term rights deals with the leagues. The tech giants are all over the world, and leagues “are all rushing to be global in nature.”

“There’s nothing as ubiquitous as sports,” said Stern. “I think the NFL has broad distribution, the NHL, Major League Baseball.”

“I think you’re going to see a lot more action by the so-called FAANGS, plus a couple.”

Stern wrapped up the one-on-one with a simple message: “it’s a fun time to be in sports.”

“That’s why I’m enjoying it, because life is a learning experience and it’s really great fun to keep learning and startups do that for you.”