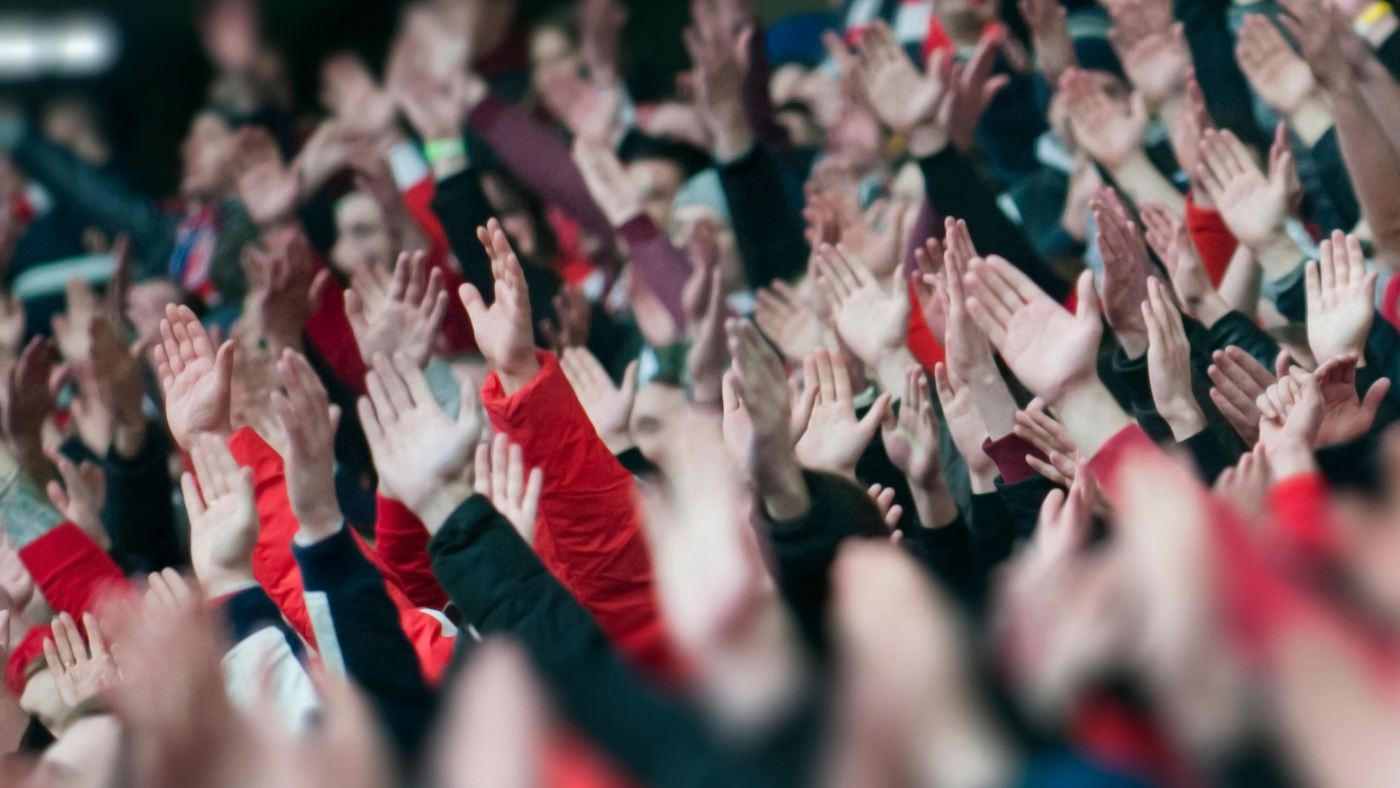 Wanting to get the most out of a small operating budget, and with only 15 employees running the day-to-day at the club, Royal Antwerp Football Club needed to scale up the production of match highlights to both secure fans’ loyalty and attract new commercial partners.

Royal Antwerp Football Club is the oldest and one of the most respected football teams in Belgium. Throughout their celebrated history, Antwerp have won four Belgian league titles and three Belgian Cups. The club have had a recent revival, lifting the Belgian cup in 2020, and having an impressive run during the Europa League 2020/21 season. Gaining renewed interest from supporters, the club grew its social media and app audience to a whopping following of 500K fans.

Gaining renewed interest from fans, the club wanted to seize the momentum to attract new sponsorships. What’s more, as Belgium’s oldest football club, Antwerp wanted to keep their fanbase loyal and growing by staying true to their mission statement – “To every day inform, activate and connect our red-white community”.

Like everyone else, Antwerp were following the changes to the sports media market, seeing how football clubs were turning into media businesses in their own right. Old sponsorship models were no longer delivering as they had a few years earlier. The new way to make money was to create and distribute on-demand content, with real-time highlights videos leading the way forward.

But there was one thing holding them back. Unlike some mega-rich European football clubs, Antwerp operates on a modest budget, with their small team of 15 dedicated employees who handle everything – from hospitality, merchandise and events, to communications, business development, and marketing.

With watch time and demand for highlights videos growing year after year, the club was looking for a way to scale real-time video production without growing its headcount or marketing spend. 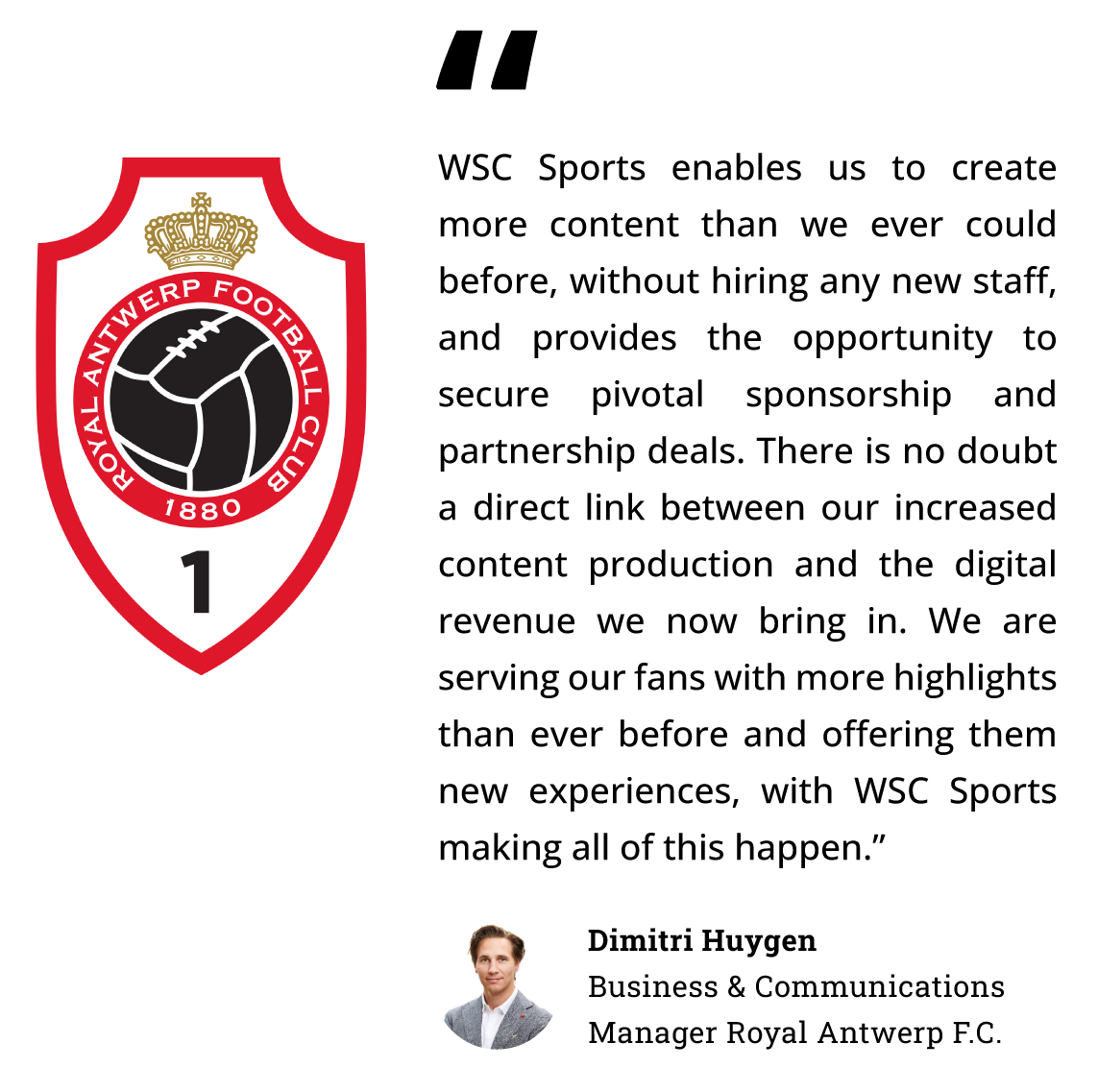 Antwerp decided it was time to find a solution to automate their manual-based video production workflow. Choosing WSC Sports was the clear and obvious choice: Powered by AI, WSC Sports’ cloud platform generates personalized sports videos for every digital channel – and every sports fan – automatically, and in real-time.

Now that they had WSC Sports’ highlights automation tech, the club knew they could create significantly more match highlights in a fraction of the time they were used to. As a result, Antwerp were able to sign content deals with a series of new sponsors ahead of the start of the season.

Match-day content is the holy grail of any sports event, with views peaking on video highlights published to social media channels, websites, and apps.

To get the most out of each match, Antwerp committed to create multiple video highlights to enhance the fan experience before, after, and during matches. These included pre-game build-ups, live goal alert videos, post game highlights, goal of the month, and many more.

Each sponsor paid for a custom-designed video template, boasting their brand’s logo and colors. Now, it was time to let WSC Sports do the heavy lifting. Capturing, tagging, and cropping live footage, WSC Sports’ AI matched each sponsor template with custom highlights and distributed these videos to fans across the club’s owned and operated media channels.

Wanting to extend the club’s reach, Antwerp signed deals to sell video content to commercial partners. A major win-win, the deals allowed partners to reel in viewers with pre-game specials and documentaries, while raising Antwerp’s profile, introducing the club to new audiences, and letting it capitalize on the new exposure.

Not having to spend their time manually creating match highlights, video editors were free to work on creating a host of new daily content. To help fans connect with the club all year long, Antwerp created great behind-the-scenes videos like training and match preparation and player interviews. Aware of fans’ growing hunger for sports entertainment, the club cleverly monetized this content by selling sponsor pre-rolls and full-show endorsements to partners. 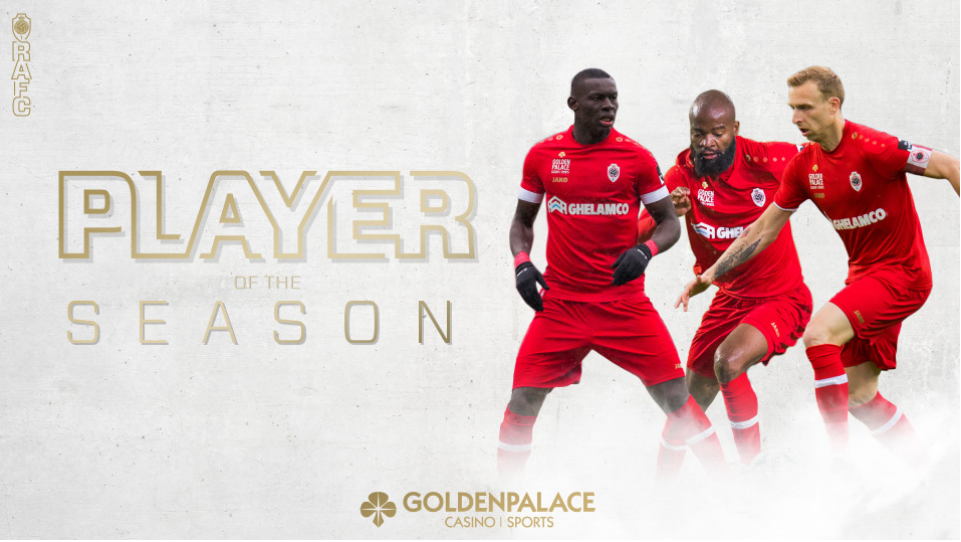 Every channel brings its own opportunities and Antwerp was ready to seize them all. Opening their app, website and newsletters to sponsors, the club was able to attract new partnerships by offering hosted content opportunities and creating fresh content for featured partners. This allowed partners to tap into the club’s fanbase, providing Antwerp with an important new revenue stream. 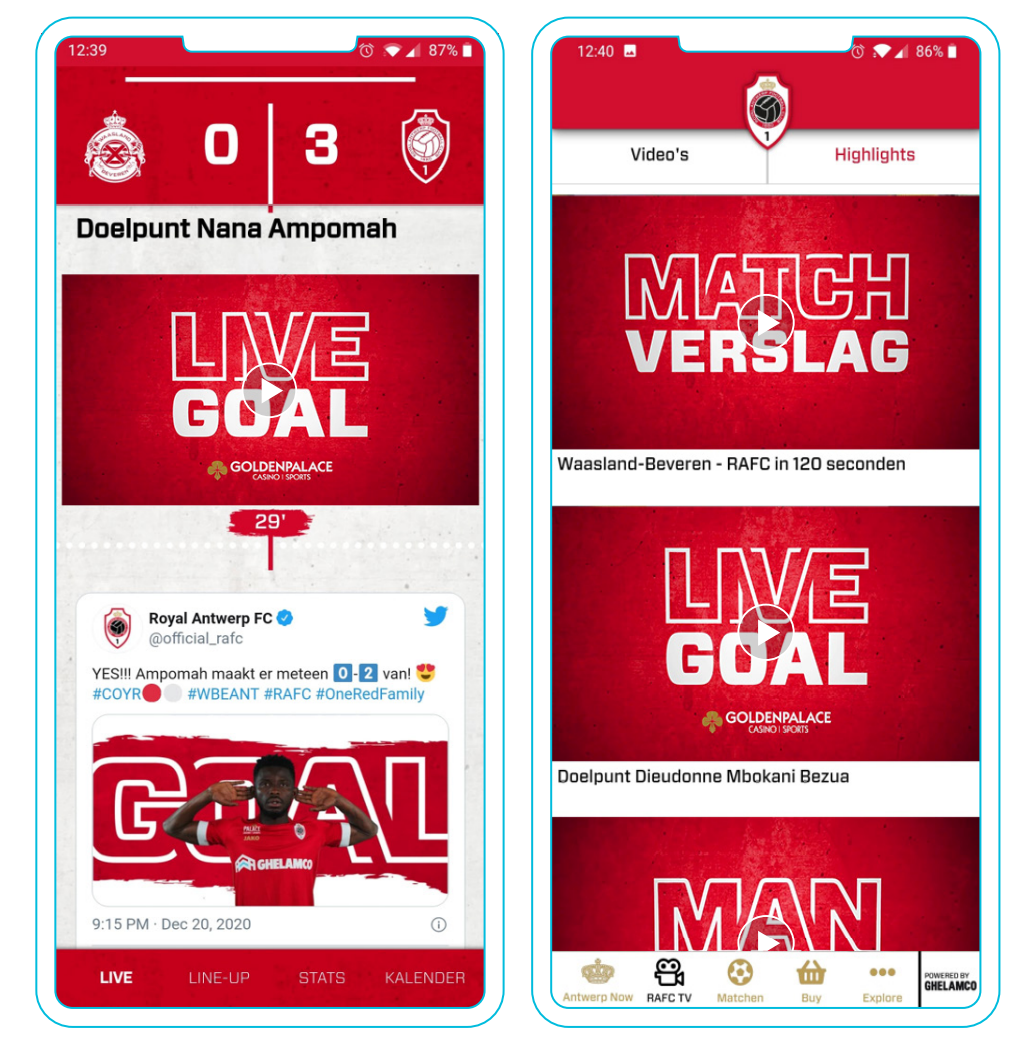 With more fans joining the app, the club was now able to collect even more data on fans’ interests and tastes. Combining this data with WSC Sports to scale video production, the club was bringing a whole new level of personalization to video content, brining fans the content that appealed most to them.

Adding WSC Sports’ automated technology to their workflow, Antwerp were able to grow their digital presence and revenue in the 2020-21 season to an all-time record.

The sweetest victory of all, Antwerp were able to keep their promise to their fans and stay true to their club mission statement. Creating personalized highlights videos at scale through the WSC Sports platform, the door was opened to an entirely new fan experience and new revenue streams.

Using WSC Sports the club was able to:

⚽ Secure digital revenues of over €1 million – an all-time record

Innovating with live content, keeping fans riveted to screens, and securing new sponsorships, Antwerp proved that any team has infinite potential to grow and lead, when working with the right tools. 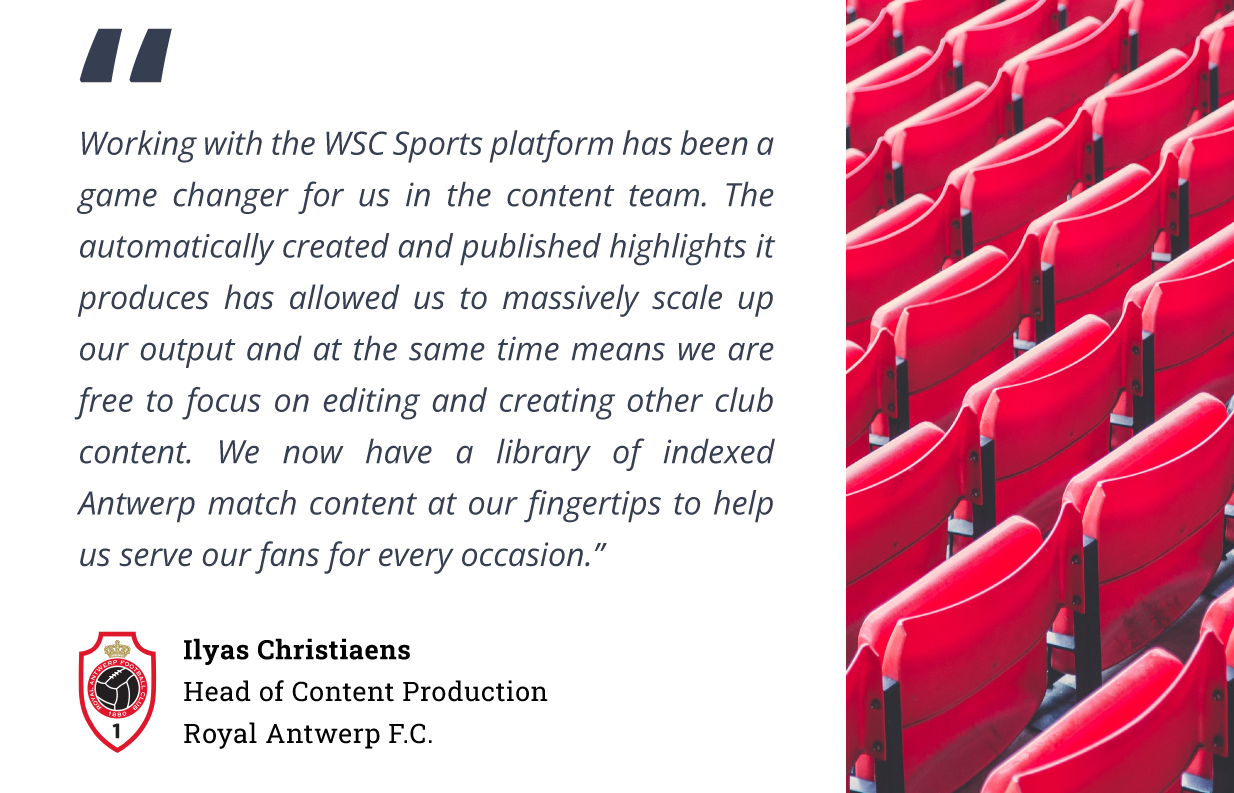